Valtra’s recent N-series revamp has at last dragged it into the 21st century.

The cab is spacious, the engine and hydraulics are strong, and a tight turning circle makes it a solid loader tractor.

The erratic control layout has also improved, but a dated screen and gearbox meant it couldn’t keep pace with the Deere. 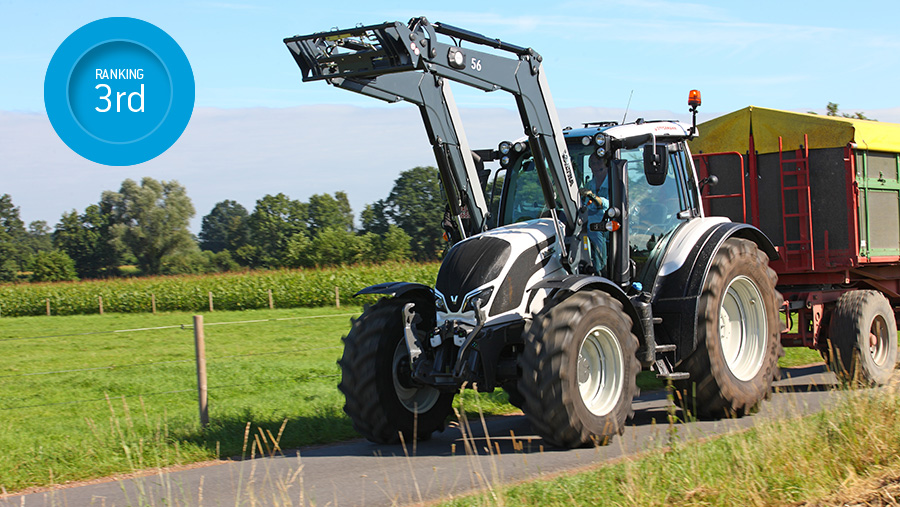 Valtra’s new N-series cabin is near identical to the version used on the six-cylinder T-series we tested last year which, as we said then, is a seismic improvement over the decades-old model it replaced.

The five-pillar design works particularly well for a loader tractor, as it means you’ve only got to swing a relatively small door open every time you hop on and off the seat.

But the most notable improvement is the fact there’s now a roof window, rather than the bulky fan box that blocked the view in the old version.

Valtra’s quirky scattergun approach to control layout and labelling has also come on a good bit. 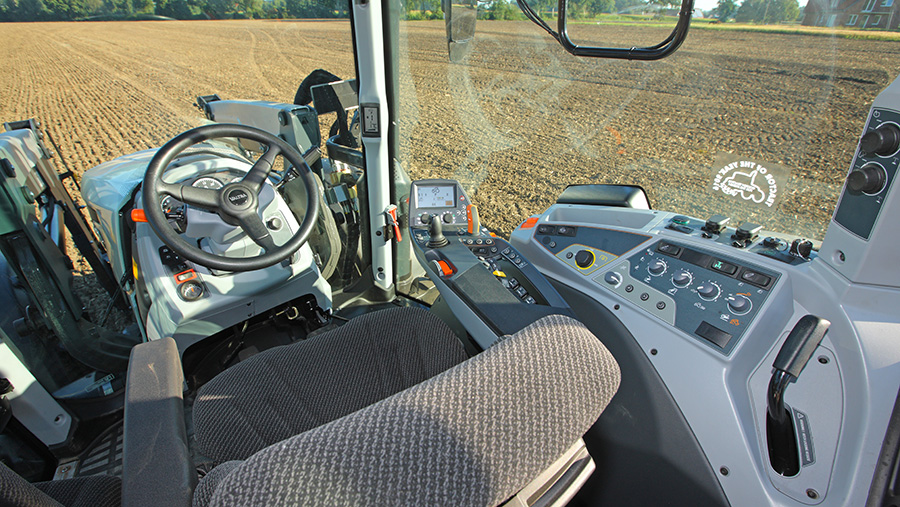 That means most switchgear is grouped fairly logically on the right-hand control panel, but you still need to get to get your head around the Finnish maker’s slightly bizarre collection of symbols before successfully navigating the menus.

Speaking of menus, these are still housed in a tiny armrest screen that hasn’t been upgraded since the old model.

This makes the tractor seem more dated than it should, particularly when compared with the far superior screen offerings from the two top dogs in this year’s test.

Agco’s Finnish-built four-pot has proved, yet again, to be a formidable performer, topping the test group for both power and torque.

With its 8hp boost engaged it managed to pump out an impressive 130hp, but even without this, the 122hp it managed to deliver at the pto was still enough to put it top of the class.

Max torque was also recorded at 550Nm, meaning it should feel pretty pokey.

Unfortunately for the Massey, it was fitted with a smaller 4.4-litre version of the Agco engine, so it had no chance of measuring up to its sibling on this occasion.

The penalty for the Valtra’s abundance of power was higher-than-average fuel consumption, but it still came in a good bit more frugal than the Deere.

Valtra’s four-range semi-powershift gearbox has been around for a while now and it’s a fairly dependable bit of kit.

Within each of the four ranges there are five powershift steps – which can be shifted automatically – and it can also shift between the top two ranges C and D of its own accord.

Auto-shifting of the powershift steps is butter smooth, but the auto range change is a little on the sleepy side.

There’s also a lack of overlap in the gearing between A5 and B1, which can be a bit tedious for heavy tillage work.

Valtra has added a couple of slick features to make the Versu box more like a CVT to drive.

These include a couple of cruise controls where you select the target speed and the tractor manages engine revs to work as efficiently as possible, though it’s still not as neat as a proper stepless gearbox.

Hydraulic and rear lift capacity were strong areas for the Valtra. Its max hydraulic power of 75hp put it well ahead of the rest of the tractors on test, which was proved by the speed at which it fired the loader up and down. It couldn’t get close to the Deere’s impressive flow rate at one valve, though.

At 6.7t it also had the highest rear lift capacity by some margin and it had the second tightest turning circle in the test.

There are six models in Valtra’s new N-series that runs from 105hp to 185hp and the N134 we had on test is the third most powerful in the range.

It’s the lowest-powered N-series model to get the full list of gearbox options, including the basic High-Spec semi-powershift, the more technical Versu version we had on test and the Direct CVT box.

Power is provided by an Agco Power engine that has a 4.9-litre capacity in the three big ones and 4.4-litres in the rest. 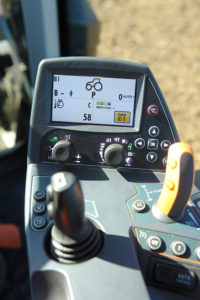 Valtra has come on a long way with its latest T and N-Series tractors and they’re now formidable contenders in the busy mid-power tractor market.

We found the N-series we had on test to be a particularly good all-rounder, with a tight turning circle, plenty of power, a great cab and strong hydraulic performance, particularly where the front loader was concerned.

We don’t rate the transmission as highly as the Dyna-6 in the Massey, though, and it’s a shame it couldn’t go the whole hog and upgrade the tiny screen.

However, as we said when we tested the T-series, there will surely be an upgrade soon.

In our opinion, Valtra has pulled ahead of Massey with these latest tractors and it’s little wonder that its market share is looking rosier.

If the Finns had been able to fit a slicker screen and had a decent CVT gearbox in the offing, then the N-series would give its other Agco brother a serious run for its money.

However, with Fendt ranking as top dog in the Agco brand line-up that’s unlikely to happen.