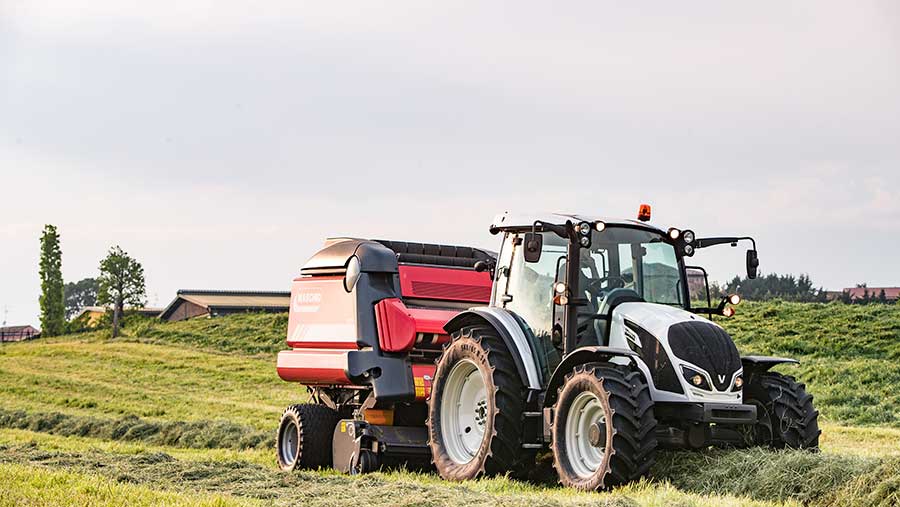 Valtra has launched the fourth generation of its A-series tractor

Valtra has continued its assault on the tractor market with a seven-model range of small A-series tractors, along with some long-time-coming improvements to the controls in its bigger tractors.

Not so long ago, Valtra was considered by many to be the junior partner in an Agco portfolio that includes Fendt and Massey Ferguson, but the Finnish firm has unleashed another range of updates that will put its rival brands under serious pressure.

The maker has reported growing sales across all of the major European markets since it launched the fourth-generation T-series in late 2014, and the latest additions mean it is now able to offer a complete line-up of tractors, from 50hp to 405hp.

The big news for anyone in the 150hp-plus market will be the swish new armrest and screen, but first we will run through the big expansion in the 75-130hp A-series range.

It is a sector that previously looked pretty thin in Valtra’s product list, but with seven new models replacing the two-tractor range, the company believes it finally has the firepower to compete with John Deere, New Holland and the rest.

The updates have been well-timed, given that Valtra expects the UK tractor market to climb north of 13,000 units this year after a couple of seasons of slow sales.

It is no surprise that the fourth-generation A-series tractors use the same underpinnings as Massey Ferguson’s Global Series – a range of tractors designed to be specced to suit different end users from Britain to Botswana.

The parts are sourced from around the globe, including the Agco Power-badged engines, which come from a factory in China, and the back ends, which are built in Turkey.

However, unlike some of its rivals, Valtra’s small tractors are bolted together (albeit, with parts shipped in from all over) at its factory in Suolahti, Finland.

The three smallest models are powered by 3.3-litre engines and the four bigger ones get 4.4-litre blocks with SCR to clean up smuts.

There’s not too much in the way of extras, although owners may find a use for the engine speed memory during pto work.

Lifting statistics look pretty good on paper, too – the bigger models have a 5.2t rear lift that should comfortably hoist a four-furrow plough.

Top spec hydraulics can also pump out up to 98-litres/min, which will be useful given that almost 50% of A and N series (115hp-201hp) tractors are ordered with a factory-fitted, Alo-built front loader.

Controls are via three mechanically operated spools or an optional mini-joystick. 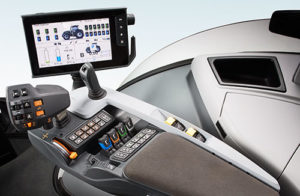 The other big news from the Valtra stable is the new armrest and touchscreen combination that was first seen on the flagship 405hp S-series at Sima in February.

Owners have had to put up with a small, awkward screen for many years, so the update will be an important step as the company looks to continue its march up the market share leaderboard.

Initially, the screens will be available on all Versu (powershift) and Direct (CVT) models in the N and T-series, which will also come with a 60kph top speed.

At the heart of the new layout is a 9in screen that uses much of the same hardware as Fendt and MF tractors. All of the settings can be found with two touches of the tablet-style monitor, which makes it almost impossible to get lost in the software, says the company.

The only downside is the size.

It is capable of displaying multiple-run screens at the same time, but if you want a good view of both the implement controls (through Isobus) and the GPS map, then the company says the best option is to order a second 9in screen.

Elsewhere, there is also a new drive lever that houses all the key controls, and a fresh layout for the rest of the buttons and switches.

The tug-of-war between the tractor makers to build the biggest-ever four cylinder has taken another twist after Valtra revealed a two-step boost for its N174 models, taking power output to 201hp for pto work and transport.

The T-series has grown again, this time with a T234 Direct model and T254 with HiTech, Active and Versu gearbox. The new models get a two-step boost and fill the gap between the T and S-series.