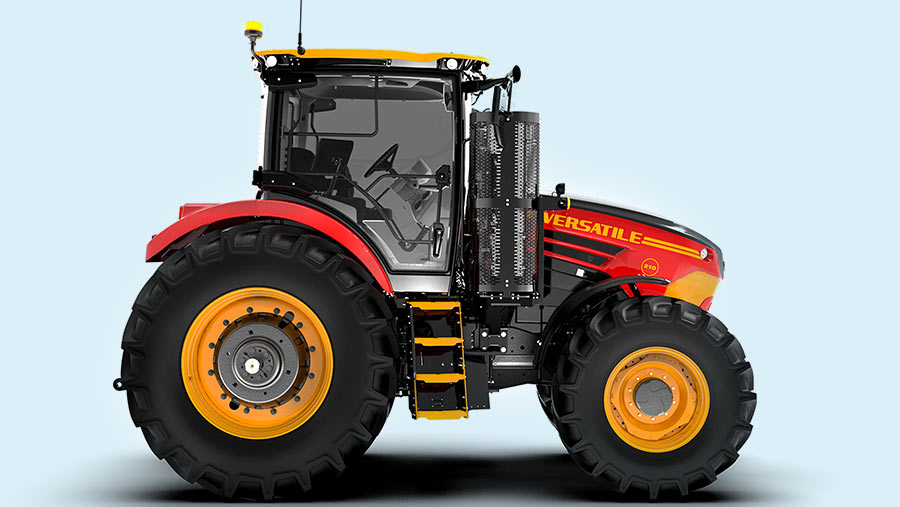 Kubota has  signed a long-term deal with Buhler Industries, owner of Versatile, that will give it a route into the high-horsepower tractor market.

The Japanese brand had made no secret of its intentions to seek out a proven manufacturer to help expand its range, with the likes of Deutz-Fahr and Massey Ferguson mooted as potential candidates.

But it appears that Canadian company Buhler has been given the nod and, according to Kubota, the two started development work on the first of the new models as long as five years ago.

The machines will sit above Kubota’s current table-topper – the French-built, 170hp M7 – but the companies have refused to comment on rumours that Versatile’s recently launched Nemesis represents the first fruits of the tie-up.

The tractor was revealed to North American dealers last week and includes three models, with 175hp, 195hp and 210hp power outputs from a Cummins QSB 6.7-litre engine. It will initially be available with a ZF powershift transmission, but Versatile says CVT versions will come in the future and power will eventually climb nearer to 250hp.

The new Kubota/Versatile tractors will be built at the Buhler factory in Winnipeg, Manitoba, with production set to start immediately.

Initially the machines will be launched in North America – there’s no timetable for their arrival in Europe, nor any confirmation on whether we will eventually see the likes of the monster Delta Track dressed in Kubota livery.

The announcement continues a period of aggressive development in the farm machinery sector for Kubota – the company previously flexed its muscles to purchase Kverneland and Great Plains, although it insists it has no intention of acquiring Buhler Industries.

Versatile remains a pretty big name in the world of high-horsepower iron, but the brand has a colourful past that has seen it under the wing of several big-hitting tractor makers.

1945 Started life as a small engineering firm in Toronto, Canada.

1999 Merger of New Holland and Case-IH (and their subsequent ownership of Steiger and Versatile) required CNH to  divest Versatile to Canadian family firm Buhler Industries.