A rare articulated John Deere tractor from the mid-1980s has been put up for auction by a Shropshire farm, with a starting bid of £20,000.

The 1985 model 8850 is being sold by the Mottershead family, who farm near Bridgnorth, and is thought to be one of just six examples in the UK.

With 370hp on tap, it’s the largest of John Deere’s articulated 8050 series tractor range, which was launched in 1982 and ceased production in 1988.

Unusually for Deere, these tractors were fitted with a 15.7-litre V8 engine, rather than the straight sixes that came before.

However, this block wasn’t blessed with stellar reliability, so the firm switched back to six-cylinder power for the following 8060 series. Many US examples of the 8850 have been retrofitted with Cummins six-cylinder engines.

See the machine in action and read the rest of the report below.

The transmission is a four range partial powershift, offering 16 forward speeds and four reverse. The tractor has to be stationary to select the range, but there are clutchless shifts between gears 1 and 2, and 3 and 4.

Switching between 2 and 3 requires a dip of the clutch, but this can be done on the move.

At the back end, there’s a pto, a three-point linkage and four spool valves. 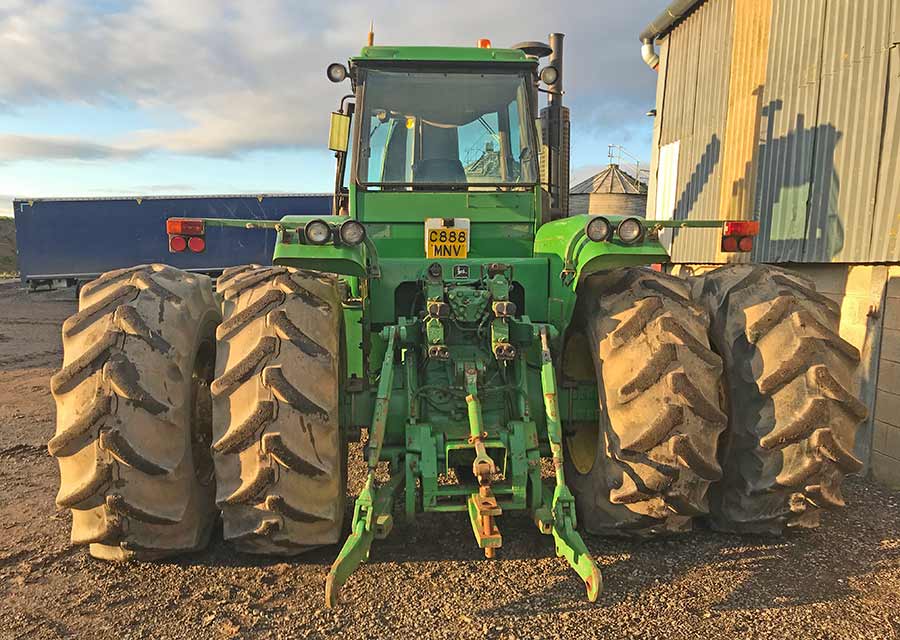 The Mottersheads are the tractor’s second owners, having bought it from Carr Farmers in 2004. They split it and treated the engine to a complete overhaul – since then it’s been trouble free and it now sits on 7,545 hours.

The 8850’s primary role was pulling the farm’s 5m Vaderstad Topdown, but it was superseded by a Cat Challenger 865 eight years ago and has been in semi-retirement ever since.

It’s in good working condition for its age, with original paint, undamaged bodywork and a tidy interior. However, it does have a slight fault with the high-low clutch pack and there are splits in the tyres. 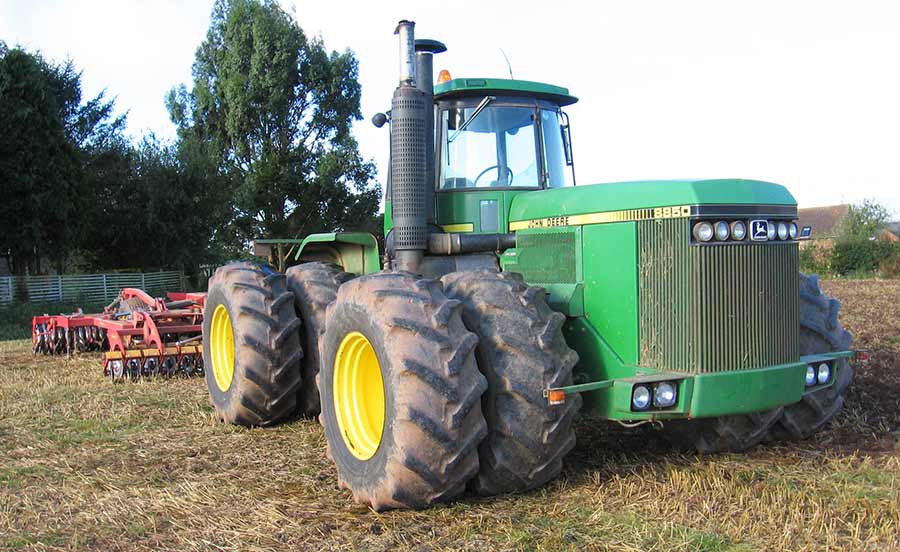 It’s unclear how much the tractor is worth as there are so few in the UK. Therefore it’s being sold via a Cheffins online auction, which ends at 12pm on Thursday (16 January).

The starting minimum bid is £20,000 and a 2.5% buyer’s premium will be added to the final purchase price.