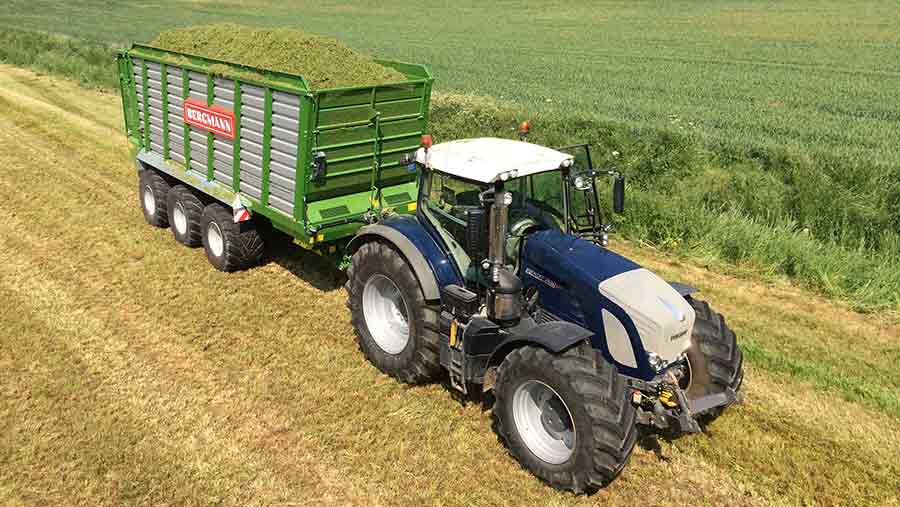 Big kit builder Bergmann is looking to cash in on the growing market for supersized silaging gear by launching several large-capacity trailers.

Continental Soil Technology is the firm’s UK importer and has been demoing the mighty HTW50 trailer across the east of England.

Plenty of buyers will no doubt baulk at the asking price of the triple-axle hauler, but a fully-loaded spec list should still appeal to farmers and contractors looking to shift vast quantities of maize to AD pits.

The HTW50’s list price starts at £43,000, but Bergmann argues that the high up-front costs can be justified by a greater output, provided you have the tractor power on the front.

The trailers have a rapid unloading speed, which helps with a quicker overall cycle time, and the suspension and large tyres allow faster speeds in the field, too.

The trailers come fully loaded with toys including a moving floor, hydraulic suspension, air brakes, 710/50 R26.5 tyres and a passive steering system on the first and third axles. 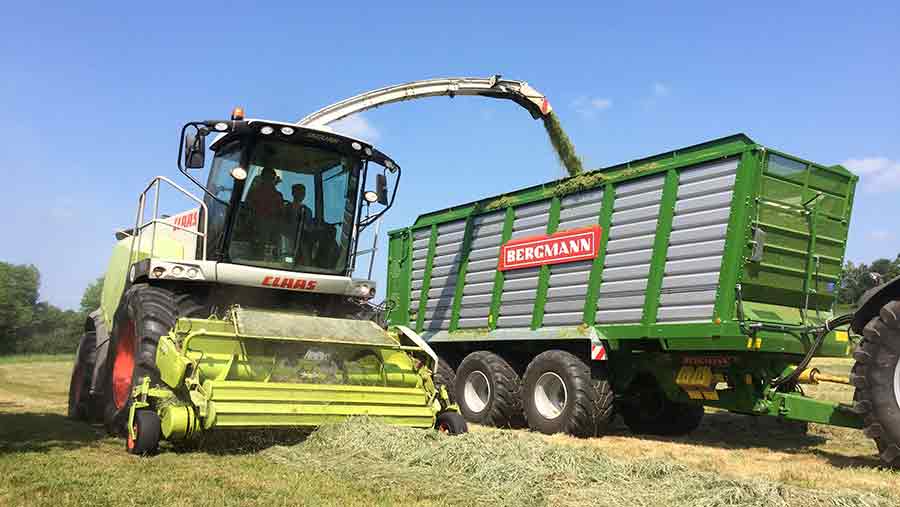 Maintenance-free bushes on the suspension and centrally located grease nipples are two of several of features designed to make life easier for the operator.

An autolube option is also available and Bergmann’s demo machine is fitted with a detachable body that means the chassis can also be used to carry a chaser bin during the summer months.

The hydraulic suspension uses an oil-powered ram on each of the six wheels to provide up to 300mm of vertical travel.

The result is that wheels ride over the bumps rather than acting as big rubber bulldozers, says Bergmann, and the height of the drawbar can be set to match the size of the tractor on the front.

Continental silage trailers tend to be fitted either with a moving floor or push-off mechanism, and unloading beaters rather than a tipping system.

This fits in with the practice of driving over clamps and laying down a layer of material and is also safer than hoisting a trailer body high into the air. 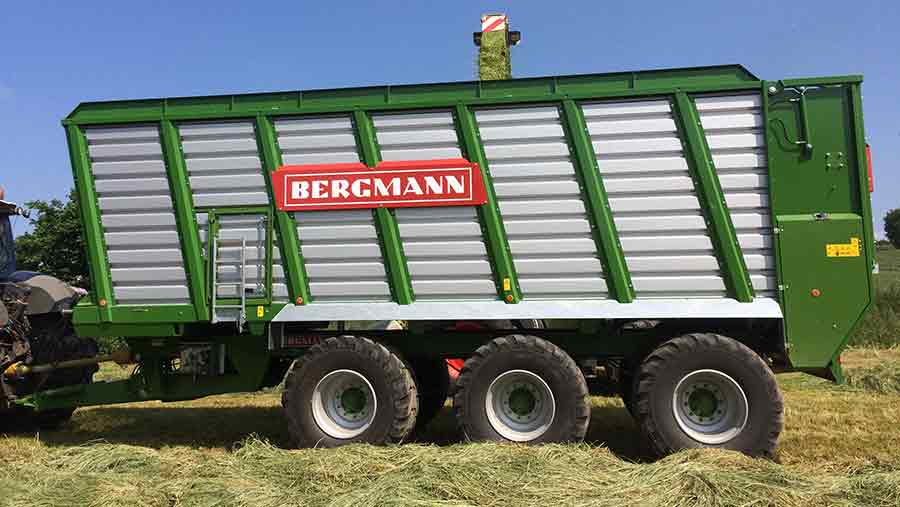 Bergmann reckons it will unload at a rate of 1cu m/sec and the contents can be dumped in just over a minute once the opening and closing of the tailgate has been taken into account.

The standout optional feature on the big trailers is crab steering. It has become a standard fitment on sugar beet harvesters from the likes of Holmer and Ropa, but a crabbing trailer is still a rare sight.

The company first trialled the system back in 2013 and a prototype was sent to the beet fields of East Anglia in early 2015, before it got its official launch at Agritechnica last year.

The system can be retrofitted to existing trailers and it is possible to run the trailer in crab mode all the time that it is in the field, including during loading.