To celebrate its sixth decade of trailer production, Ifor Williams has opened a new £5m factory in Sandycroft, Flintshire, and expanded its range of equipment.

The facility will employ 60 new staff, upping the firm’s total workforce to almost 600, and provide additional space for it to add new models to its range.

These include a single-axle stock trailer designed for those without a B+E trailer licence, a small tipper for 4x4s or ATVs and a trailed log splitter. For the equestrian market the firm has also launched a new range of high-spec aluminium horseboxes. 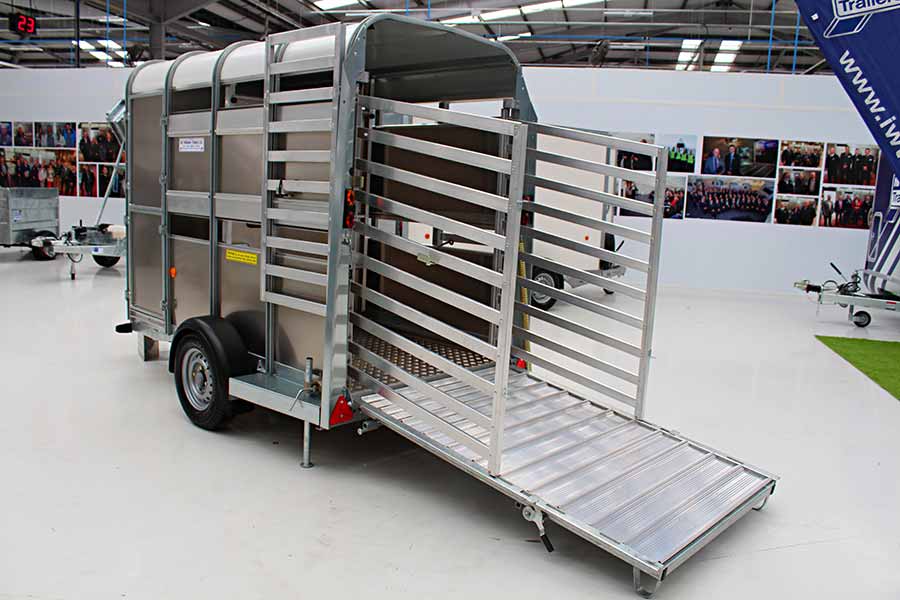 Ifor Williams stopped producing single-axle livestock trailers in the 1980s (other than its tiny P6e), but demand from drivers without a B+E trailer licence means the firm has decided to bring them back.

The new model measures 1.2m wide, 2.4m long, 1.8m high and can carry a 750kg payload. Like its bigger siblings it features a sprung tailgate, rear stock gates and a divider, which can be mounted on the front when not in use.

It also comes with twin front doors, but decks aren’t available as an option yet.

For those who passed their driving test after 1 January 1997 and haven’t taken their trailer test, the firm says this model should help keep them within the legal gross train weight (car and trailer) of 3,500kg. 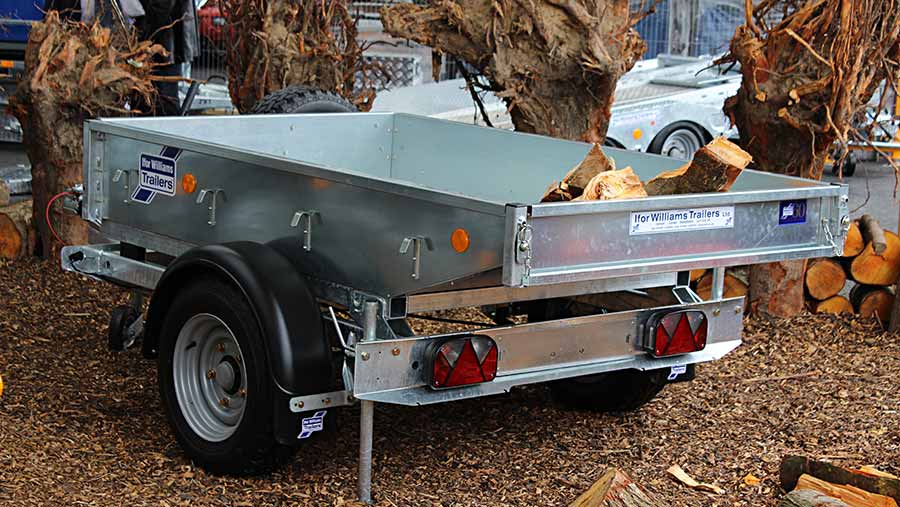 After a number of requests, the firm has also decided to introduce a single-axle tipper trailer based on a similar footprint to its popular P6e model.

It’s been designed to carry dense items such as logs, gravel and rubble and it is rated to take a 1t payload. Mesh extensions are also available for carrying bulkier material such as brash.

To tip the trailer, there is a manually operated hydraulic pump and it comes with a spare wheel as standard. 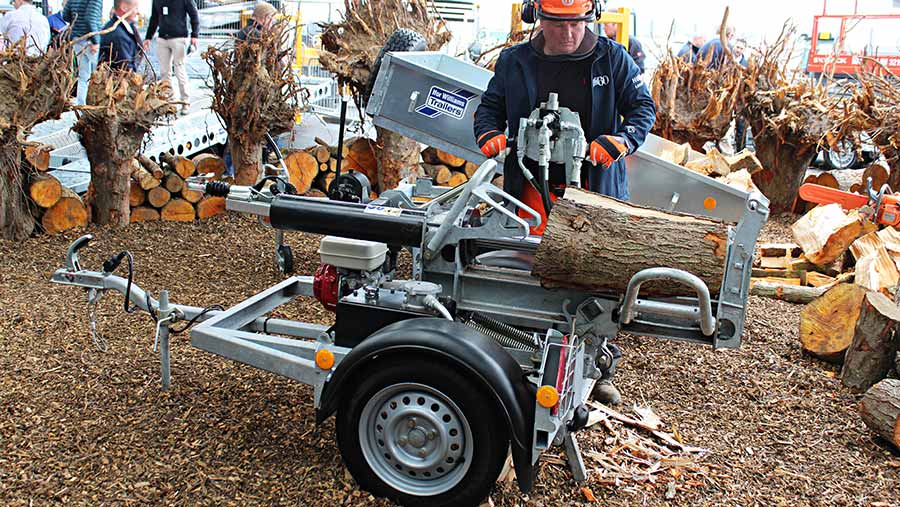 Taking its focus in a slightly different direction, the firm has launched a compact trailed log splitter that can be pulled behind an ATV or car.

This self-contained unit has its own hydraulic system powered by a 6.5hp Honda GX 200 petrol engine that can generate up to 25t of splitting force.

It will accommodate logs up to 600mm long and there is a two-stage pump allowing the operator to vary the speed the wedge travels.

Cleverly, the splitter pivots, allowing it to switch from vertical to horizontal operation, and it has a device to help dislodge stubborn logs. It also comes with lights so it can travel on the road.

To help celebrate its new factory launch, Ifor Williams tracked down and restored the second trailer it produced – the whereabouts of the first is unknown.

The 1958 Two Beast model was found lurking in the nettles on a farm just a few miles from the firm’s original factory in Cynwd, Denbighshire, and was treated to a full rebuild.

This included sandblasting the steel frame, fitting new softwood side boards and a keruing hardwood floor, before repainting in its original shade of green. The single axle and lighting gear was also replaced with new versions of the originals, which were still available.

It’s thought it would have cost about £90 when new.