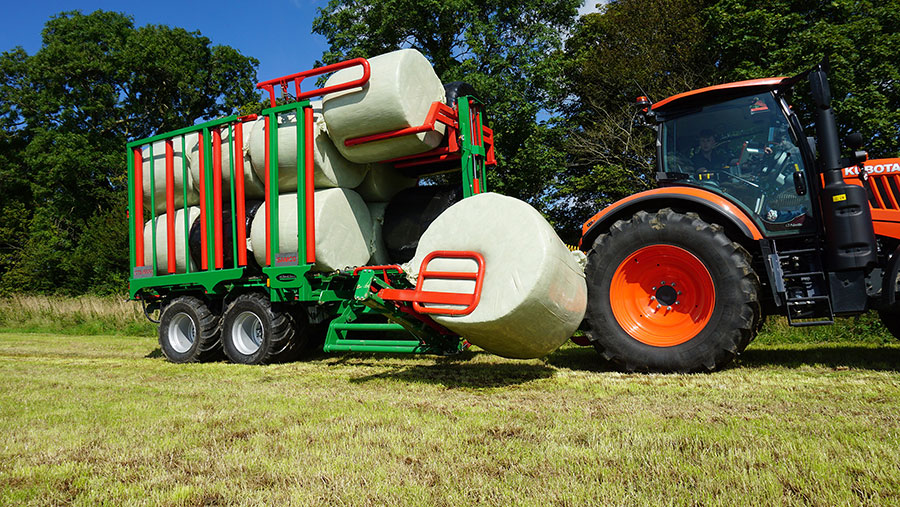 A new self-loading trailer that speeds up and makes collecting round bales a one-man operation will make its UK debut at Lamma.

Samco’s CTS 1600 is designed for loading 16 netted or wrapped round bales in two layers, which the manufacturer says can be done in barely eight minutes. It then hauls them to a storage area for off-loading on-end in a double layer.

The process involves a soft-grip arm assembling four bales in two layers at the front of the machine, which are then pushed towards the rear on bed rollers. Repeating this automated procedure four times creates a full load.

High sides that move in and pivoting top clamps hold the bales in place during transit to the storage area, where the rear half of the bed tips to deposit eight bales; the remaining eight are pushed to this section and tipped to complete the job.

At 7.3m long, the bale chaser is relatively small and manoeuvrable, and it runs on generous 710/40 R22.5 tyres to minimise soil compaction.