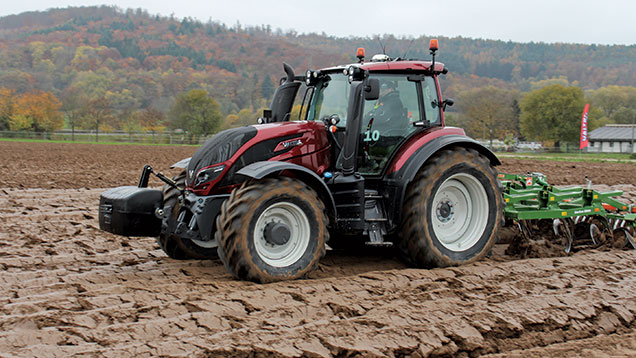 Finnish tractor maker Valtra has completed the biggest overhaul of its six-cylinder tractors for more than 25 years.

The revamped T-series machines get a larger, more comfortable cabin, more power and torque as well as slicker controls for their powershift and CVT gearboxes.

They look different, too, with prettier styling, a chunkier profile and a lot less bonnet hanging over the front wheels.

The T-series is initially being offered in three different spec levels. Active and Versu models come with a five-step powershift transmission, while Direct models get a four-range CVT.

Another model called HiTech5 will be launched next year and Valtra has said its four-cylinder tractors will benefit from similar treatment soon.

Throughout the T-series range, power comes from a six-cylinder Agco-branded Sisu engine. Smaller models from 155hp have a 6.6-litre version, while bigger ones up to a max power of 250hp get the full-fat 7.4-litre.

Hydraulic output and lift capacity has also gone up, and there’s a natty hill-hold function, making it easier to set off on slopes with a heavy load in tow.

The curvy, five-pillar cab is the most marked change, though. This improves views around the tractor, gives the driver a higher seating position and is said to cut noise levels considerably. The controls have been simplified, too.

The new models are available to order now and they will start appearing on farms next spring.