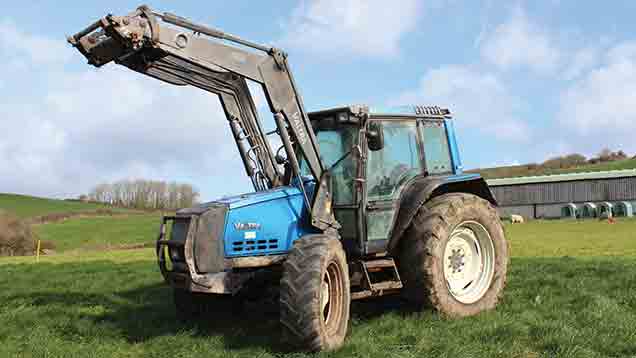 Dorset farmer Stephen Symes has a penchant for Valtras that goes back well over a decade.

The first Finnish tractor arrived on farm back in 2003 and since then there have been 10 different models doing the business at Lynch Farm. A fair chunk of the work has been done by a 6550, which has now breached the 22,500-hour mark and still plays an important role in the six-strong fleet.

We ran Ford tractors for many years – blue through and through – but the 40-series of the late 1990s was plagued electrical trouble, so we started to look elsewhere.

Our local Claas dealer – Vaughan Agri at Dorchester – was selling Valmets at the time so we took one on demo. It was a low-revving, four-cylinder 6750 with 105hp and it was brilliant. It pulled our five-furrow plough like a train, so I bought it there and then.

Not long after that I picked up a second-hand 8150 to replace our Ford 7840, then the 6550 arrived to fill the boots of a 7740. It came with royal blue tinwork, which helped soften the blow of leaving New Holland.

How much did you pay?

The 6550 cost £20,000. It came from a neighbouring dairy farmer who was selling his cows – he had used it as his frontline tractor to do all the forager work and hedgecutting. It did not come with a loader so we had to bolt on some Quicke brackets.

In the early days we worked it hard. It was the tug for a 2,300gal Hi Spec tanker, pulled the 12t muckspreader, did the buckraking and all the feeding with the loader. 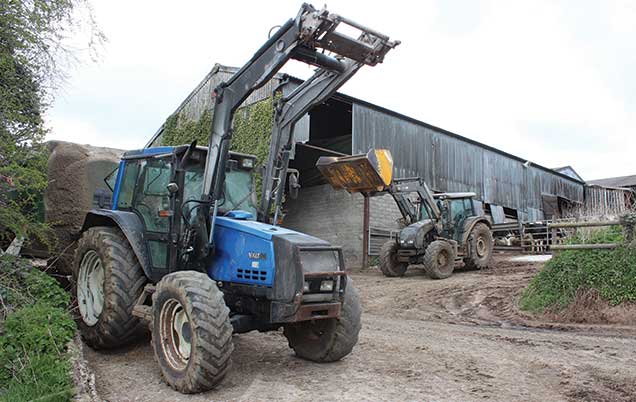 However, in the past four years we have trimmed its workload and it spends every day on the Keenan mixer wagon. We still use it for buckraking inside sheds as well, which we occasionally do for neighbours.

Its original set of Michelins managed to see it to the 8,000-hour mark. They were replaced by a set of Mitas boots that managed the same again. Now we’ve got three tractors running the same tyres, so the 6550 gets the hand-me-downs because it spends all of its time in the yard.

It lives indoors with the Keenan most of the year and only gets left outside in the summer. We do the main servicing – oils and filters – on the farm and the engine oil gets dropped every 500 hours. It has still got its original pistons, rings and liners but never needs an oil top-up between services unless it has had a particularly long session on the grain dryer.

It has had one big breakdown in its time, which came about five years ago at 14,500 hours. There was a major oil leak where the propshaft exits the gearbox, which I found when I was halfway home. I tried to limp back to the farm but lost all the oil on the way.

They split it and found a shot bearing had worn the casting. It looked like such an expensive job that I ordered an N121 to replace it, but one of the fitters took it to bits and managed to build up the casting with weld before lathing it back into shape. The rebuild job cost £2,000, which was a bargain all things considered, and it had a clutch at the same time.

Like any high-houred tractor, it shows its age every now and then. It was split at 8,000 hours to investigate a clunking noise that turned out to be the balancer on the transmission.

It was a £1,400 fix, but the same job will probably need doing again in the next few years.

It also had a new water pump and radiator at 18,000 hours, which was £500. The bearing went on the pump so the fan chopped a hole in the radiator. 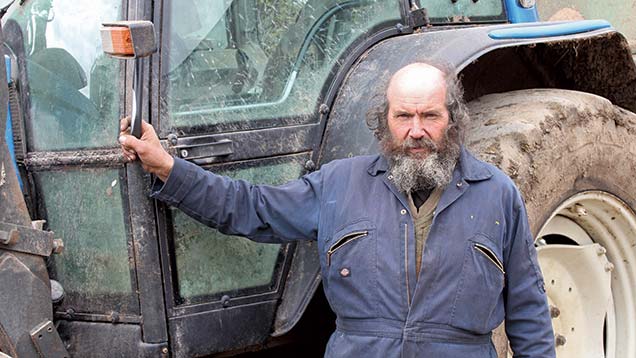 The most recent gremlin was a loss of power last year so we had the fuel pump overhauled and injectors replaced by CJ Cox – our local dealer at Sturminster Newton. After 22,500 hours, it is fair to say the injectors were well stuck in place.

Our 6550 has got everything we need on it so there is no point replacing it. We also get plenty of support from our local dealer whenever we need it and the spec is basic enough to be able to fix most of the problems. The heavier tractors get traded in earlier because we rely on them for heavy draft work.

No – I don’t suppose anyone would want to buy it anyway. We have been trying to increase our land area recently so we have invested our money there rather than in tractors. Anyway, it has got to see me out because it is going to be driving me to my funeral.