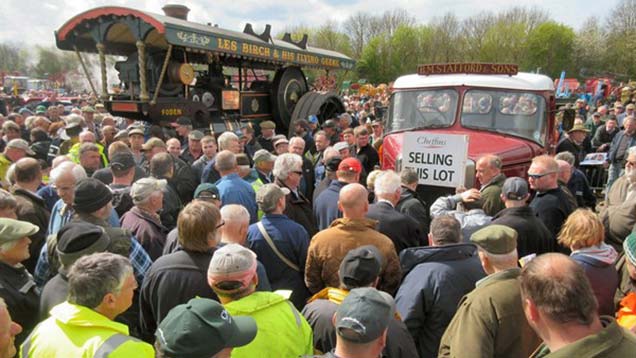 A variety of agricultural bygones – including tractors, ploughs, user manuals and spares – fetched good prices when they went under the hammer at Cheffins latest Cambridge Vintage Sale.

The auction is the largest sale of its type in the country and almost all the 3,000 lots that went under the hammer were sold.

The plough and implement section was just as well stocked and hot lots included a Cockshutt trailed plough at £300, a Ransomes Robin that made £800 and a Ransomes TS90 that went for £400.

Elsewhere, a selection of David Brown implement brochures sold for £390, a number of RLS brochures fetched £320 and a John Deere dealer’s sign took £350.

Auctioneer Oliver Godfrey said people’s enthusiasm for all things vintage appeared to be stronger than ever – with a healthy 74% of the tractors entered finding new homes.