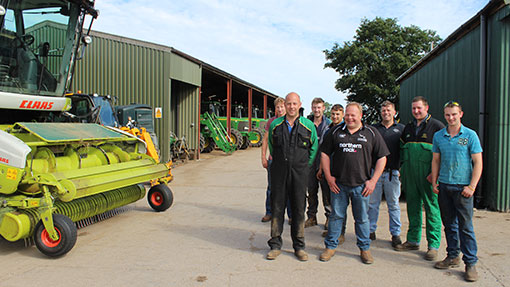 What’s in your shed? Sisters Lorraine and Jilly Bennion and operations managers Simon Rutter and Mark Hollinshead give us a tour around Cheshire contracting operation – L&J Bennion.

We ran New Hollands until the late 1990s and we’ve been predominately John Deere since. We’ve got a couple of Massey Fergusons and there’s still a token New Holland 7840 that’s attached to the hedgecutter most of the time.

We’ve got a few good dealers on our doorstep, but we deal mainly with Agricultural Machinery at Nantwich. All the Deeres come from there and their service is top-notch. We also deal with John Bownes at Winsford quite a bit and our foragers come from Morris Corfield at Dutton.

See also: What’s in your shed? Texan farmer shows us around his yard 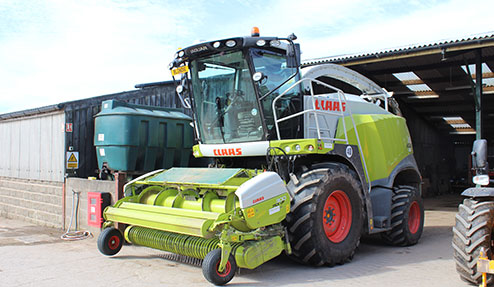 Mark: Definitely our new Jaguar 870 forager. It’s a lot quieter than the 890 we had before and seems to go a bit better, too. We’re running it with an 8-row Kemper maize header, a Claas 300 grass pickup and a Direct Disc 520 whole crop header.

Simon: The kit is all pretty good these days – we’ve culled most of the stuff we didn’t like.

We’ve just ordered three new Richard Western Delilah 2100s rear-discharge spreaders to replace some of the old D10s. We’ve opted for mudguards and a sprung drawbar this time to make the ride a bit smoother.

Our six 20-year-old Dowdeswell dual spreaders. They’ve worked flat out during that time and if one of them breaks down we’ve got plenty of others we can hook up. They’ve been amazingly tough, but we do give them a thorough going over every now and again. 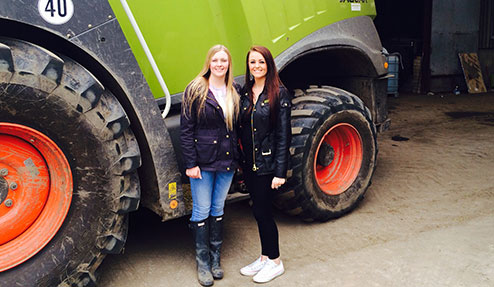 Lorraine: Most machines stay on the fleet until we get fed up with them breaking down too much. Our highest-houred tractor is a 2007 John Deere 6930 with 11,300 hours on the clock. We don’t tend to worry about hours, but we keep them well maintained and do most of the work ourselves. We used to buy machines in bulk and now we’re finding everything needs replacing at once. Now we’re trying to stagger purchases so we don’t have to fork out such large lumps of cash.

Next on your wishlist?

Simon: A McHale Fusion. I’m getting fed up sending two men and machines out to do a baling and wrapping job so I thought I’d try one out. We’ve got a demo machine coming and if it performs like we hope it will we might take the plunge.

Simon: Taking a brand new mower out for the first time and destroying it on a manhole cover. It wasn’t pretty.

Mark: I once had a Tanco wrapper pop off the back of the tractor and demolish a parked car. The funny thing was the police let me off and did the owner for having bald tyres. I also had an incident when the local vicar got his car wedged under the forager header. 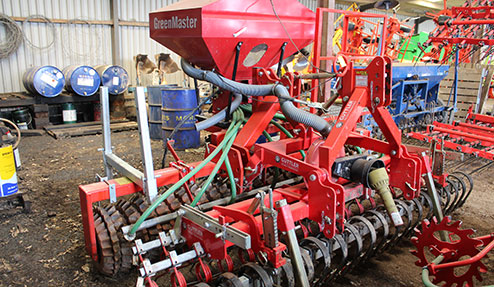 Mark: The rear roller on the Guttler Greenmaster. You can see ‘em, but there’s no way you’re ever going to get a grease gun on ‘em.

Joe – he’s seriously good at welding and stitches most of the stuff we’ve smashed back together. He also handles a lot of the day-to-day maintenance and does some fabrication too.

We almost always buy tractors with a few hours on the clock. The last purchase was a 6930 on 2,100 hours that had been owned by another contractor.

Mark: Ploughing is definitely the job I like best. It’s quiet and peaceful compared to thrashing around on the forager and it’s satisfying when you do a decent job.

Simon: It’s mowing for me – if it’s going well you can cover some ground and it feels like you’re getting some serious work under your belt.

We’ve got a 2011 Land Rover Defender 90. We’ve stuck with Land Rovers since we got rid of our G-reg Nissan pickup and we’ve been pretty pleased with them.

We’ve had a few good tractors, but the one that sticks in mind is our John Deere 6800. It was the first green tractor we had and the only major expense was a set of new tyres. We put 8,000 hours on the clock before trading it in.

We had a New Holland TM190 that was a complete dog. The cab mountings snapped, it melted its diesel tank and the fuel pump fell off four times. We also had to recalibrate the gearbox every morning to get it to go. On the plus side, the power was unreal.

A nearly new six-furrow Kverneland plough that had been an insurance write-off. It only needed a junction box and cross shaft, but we managed to pick it up for £1,500. The list price at the time was £18,000. 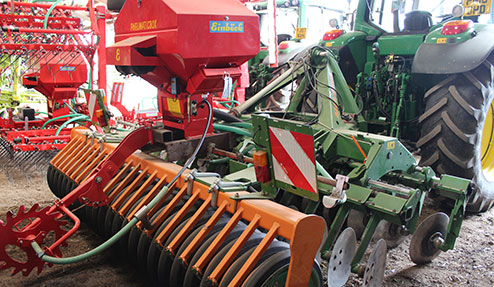 We call it the Discbok and it’s the love child of a set of Amazone Catros Discs and an Einbock grass seeder. We built it to plant grass, stubble turnips and mustard where there was too much trash for the Guttler. The Guttler only works on really clean ground.

Jilly: I’d pay off the machinery on hire purchase and update some of the kit. Outside of contracting, I’d love to do more travelling so an around the world trip is what I’d treat myself to. 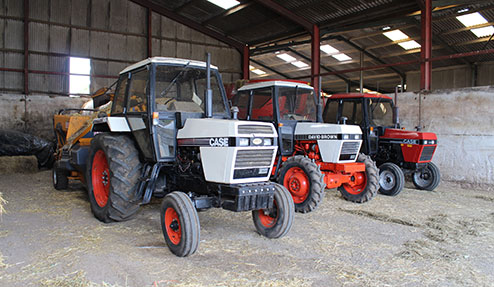 Lorraine: Dad was a bit of collector so we could probably open a museum with the number of classics we’ve got knocking around. Most are David Browns, but we’ve got a couple of Fordson Majors with six-cylinder conversions. The only ones in daily use are the Case-branded 1494, David Brown 1390 and the red Case International with a 1294 sticker.

Jilly: When Dad bought a new item of machinery he would sometimes get given the toy to match (Britain’s or Universal Hobbies)

There’s a wardrobe full upstairs. We weren’t allowed to play with them as kids because he told us they were worth more in the box.

Sisters Lorraine and Jilly Bennion took over the family contracting business after their father Alan died in 2012. Between them they look after customers and manage their eight-strong team with the help of operations managers Simon Rutter and Mark Hollinshead.