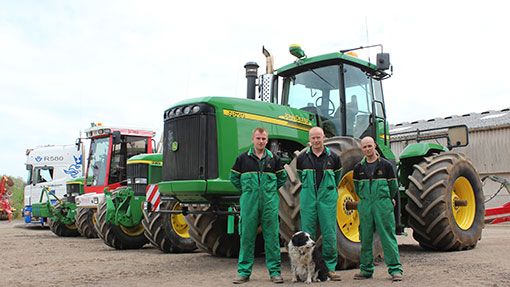 We stuck with Ford tractors until 2000 when we had a brief (and unsuccessful) dabble with New Holland. After that it has been John Deeres all the way.

We’ve tried various front-line tillage tractors in the past few years, but neither the Case Magnum nor Fendt 936 has come close to competing with our John Deere 9620. The Deere’s good on fuel, too – it averages about 70-litres/hour pulling the Sumo Trio while the Fendt pulled less, used 66-litres/hour and also got through 60-litres of AdBlue each day.

See also: Read our other What’s In Your Shed features

We can always get hold of Richard Horne, the combine and tractor mechanic at Farol near Great Shefford, Berkshire, and he always does far more than he needs to.

The service and stores departments at Mill Engineers in Bibury, Gloucestershire, are also great. Matthew Wilders in Witney, Oxfordshire, does a great job keeping our Discoverys going, even if it’s a Sunday afternoon in the middle of harvest.

I managed to buy a second-hand 6m Horsch Sprinter with a full-width packer at the front, which I’m really happy with. It does a great job firming up the ground so that the coulters run at a uniform depth and it makes the drill easier to pull, too.

A no-brainer – the Cousins Sidewinder Rolls. Even folded up they’re far too wide to be dragging along the roads and they hit every pothole going. The wheel fell off while we were towing them along the A34, too – hopefully they’ll be replaced in the next couple of years. 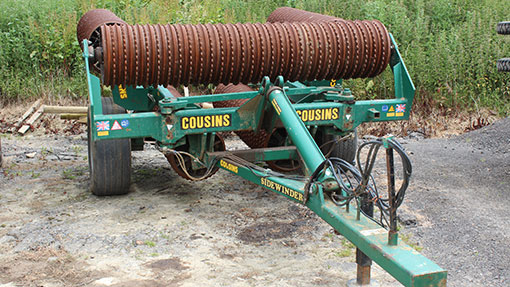 A Spearhead 460 topper arrived a couple of weeks ago. It’s a great piece of kit, mainly because nothing has changed from the 2005 model we had before.

We still get a lot of use out of a 30-year-old Bomford Tine Cultivator. It’s 4.6m wide and runs on the 7810 in the spring – it did 240ha this year and always runs ahead of the drill on spring-sown ground that is lifted with the Sumo Trio the previous autumn.

There’s no set period – anything from two weeks to 13 years. The main kit stays for as long as it is performing well, but we’re not afraid to dip in and out of the second-hand market as and when we need machinery.

Buying a New Holland 8770 back in the year 2000. In total we ran three New Holland tractors between giving up the Fords and bringing in the John Deeres. The 8770 was the worst tractor I’ve ever had and I only kept it for three months. After that I bought a Deere 4755, and it went so well we soon bought the first 7810 and it just carried on from there.

Two at the rear of the rotors on the Lexion combine. It’s impossible not to get covered in dust while you’re getting at them.

We don’t do a lot of fabrication but towing the Vaderstad Carrier behind the Sumo Trio has saved us a lot of time and money. 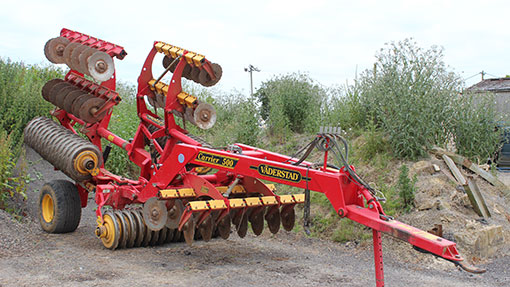 Metric ratchet spanners get a lot of use. The steam cleaner probably does more hours than the tractors and the place would grind to a halt without it.

About 90% of our stuff is second-hand, including all of the tractors, combines and sprayers. We’ve had a couple of new grain trailers, but more often than not we’ll buy used machinery.

Combining is my favourite, along with drilling. Least favourite is an easy one – doing paperwork on a sunny day when there are plenty of other things to do.

Our Kverneland PB100 seven-furrow plough. Eight years ago it cost me £5,000 and it’s still in mint condition so it’s probably worth double that now. We were covering 800ha a year with it, but it’s now closer to 280ha/year depending on the blackgrass.

Banks love contractors… they definitely don’t, mainly because we don’t own any land. 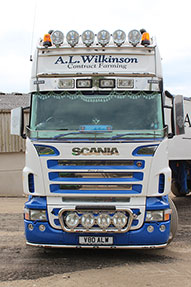 My favourite toy is the V8 Scania. Our two Scania lorries haul about 9,000t of our own grain off the farm and bring another 6,000t of compost in.