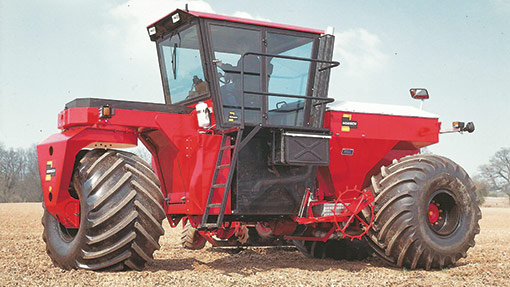 Farmers have got used to big horsepowers, shed-loads of technology and a cab that’s as comfortable as the average living room. But a look back at the Farmers Weekly tractor buyers guide of 1994 transports you back to a simpler era, says David Cousins.

The year was 1994. Torvill and Dean won bronze at the Winter Olympics in Lillehammer, Norway, Matt Busby died, and British Aerospace sold its 80% stake in Rover to BMW. The Channel Tunnel officially opened, Four Weddings and a Funeral was released, the National Lottery arrived and Sunday trading finally went legal.

Farmers, meanwhile, were grappling with the aftermath of the end of the Milk Marketing Board, IACS forms (remember those?) and a particularly ghastly sheep scab outbreak. Feed wheat was fetching £115/t, rape £202/t and finished cattle were selling for 125p/kg liveweight.

If you thought the choice of tractor brands hadn’t changed much over those 20 years, you’d be wrong. Quite a few names have disappeared and some new ones have arrived.

If you wanted something a bit different in 1994, German company Horsch (via its Hampshire importer) could offer you a frankly huge TT350-5 (pictured above). This had 354hp, a hydrostatic transmission and a prodigious 14.6 litre engine. Price was sadly on application, but the smaller TT250 came with a £114,000 price-tag. Sales weren’t huge, but the tractor was greatly loved by very big arable farmers. Horsch stopped making them a long time ago and now concentrates on high-end cultivators, drills and sprayers. 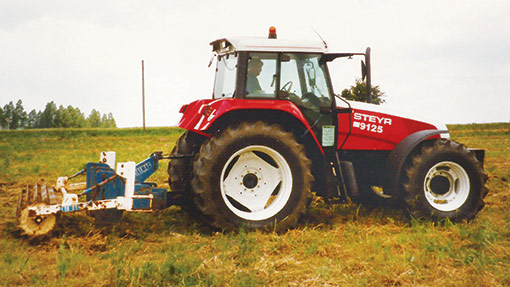 In 1994 Shropshire firm Morris Corfield had a good business selling something a bit different from the norm. These were Austrian-made Steyr tractors with a reputation for quality and they came in a rather nice plum-and-white livery. 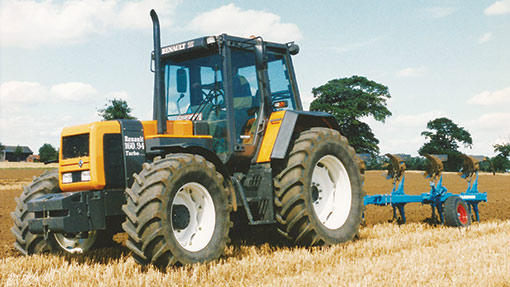 Lincolnshire firm Track Marshall started life making tanks before the Second World War and then switched to making crawler tractors. In 1994 it was offering five British-made models, starting with the bottom-of-the-range TM110 with 111hp, 5+5 gears and a 5.8 litre engine for £51,938. Top model was the TM200 with 210hp under the bonnet, a hydrostatic transmission, 8.3litre engine and huge 8t rear lift, all for a modest-sounding £90,000.

Sadly, the business closed in the mid-1990s, but you can still buy a restored Track Marshall 155 from Lincolnshire dealer Crawfords for about £12,000.

Bonhill Engineering up at Brough in North Humberside was selling a range of Universal tractors from Tractorul Brasov Factory (UTB) in Romania. Universal has been nearly bought by several other tractor makers but it’s hard to work out who exactly owns them now. Back in 1994 you could buy an 85hp 853DT tractor for a very reasonable-sounding £15,810 or even a 62hp crawler version for £13,690.

Essex importer BSG brought in the Polish Ursus tractor for many years. The models were based on older Massey Ferguson models and spanned the 38-145hp band. Like all Eastern Bloc farm machinery, they came with seriously modest price tags.

BSG stopped selling them several years ago to concentrate on Goldoni vineyard-type models. Modern Ursus models topping out at 150hp are still produced in Poland, however they’re not sold in the UK.

Finland’s Valmet tractor company used the name Volvo Valmet when it first arrived in the UK in the 1980s, giving it a sophisticated Scandinavian feel to its tractors. By 1994 it just used the Valmet name and then became Valtra when Agco bought it in 2004. A 95hp Mezzo 6400 would have cost you £34,200.

When Same-Lamborghini bought Deutz-Fahr in 1995, the Deutz models swiftly came under the SDF umbrella.

In 1994 you could buy a big range of Case IH models, many of which were made in the firm’s UK huge plant at Doncaster. 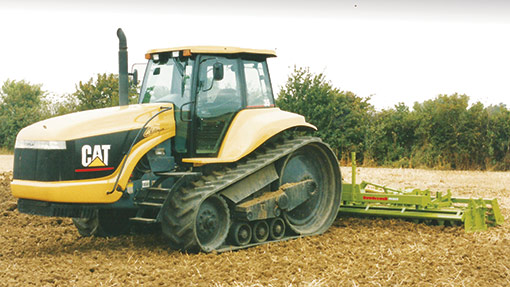 Caterpillar kicked off the rubber-tracked crawler movement with its Challenger Mobil-trac model in 1987. They were sold through Levertons in Spalding and went from 215-355hp. Top model was the 355hp Challenger 85C, which had a 10.2 litre engine and cost a serious-sounding £159,000.

The rubber-tracked models moved from Caterpillar, then to Claas and are now made by Challenger, part of the giant Agco corporation. 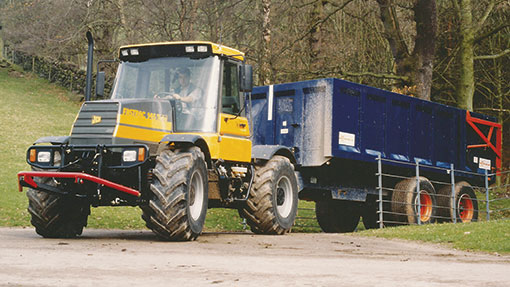 Deere was relatively small player compared with its current position in the sales charts but its popularity was on the rise. A JD6400 100hp with a 12/4 gearbox cost a modest sounding £35,590.

In 1994 MF was selling ag models from 38hp up to 190hp. Many of the smaller models were made in the firm’s Banner Lane factory in Coventry, which closed in 2002. 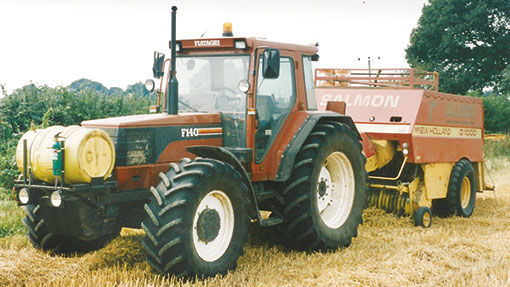 Though Fiat had bought 80% of Ford New Holland, the company was using the name New Holland Ford on its tractors at the time of our 1994 buyers guide. After a while the Ford name was dropped.

Farmers who wanted a blue tractor could choose UK-made models up to 125hp. A popular option was the 5-litre 7740SL with 95hp under the bonnet, a 24/24 gearbox and a price-tag of £33,476. You could also choose a Fiat Winner in terracotta colours.