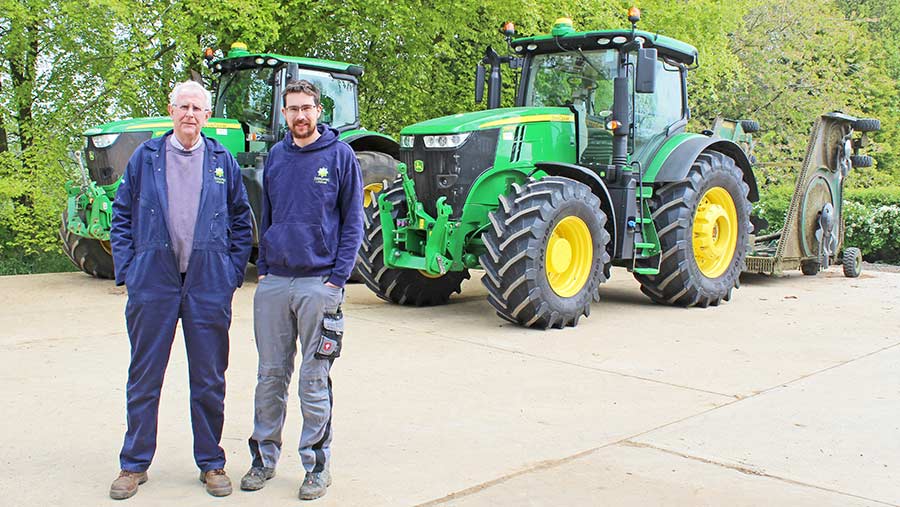 Our What’s in Your Shed series heads to Oxfordshire and susses out the machinery highs and lows of contract farmers and Cross Slot drill builders James and Paul Alexander.

James: When I left college in 2004 we imported a Cross Slot drill from New Zealand and a John Deere 8200 to pull it.

I started contact drilling with it and as it was such a new thing, interest was high and I soon picked up an area of about 800ha. Soon after, we started selling the drills in the UK, and in 2013 we started building our own frames.

Paul: I was managing the farm adjacent to where we are now and when the opportunity came to contract farm this ground we took it.

The farm was in the process of converting to organic and just 35ha was cropped, with the remaining 290ha in fertility building clover and rye leys.

At a similar time we also took on 80ha of conventional contract farming, which has now increased to 200ha. We’ve picked up other work along the way such as mowing and snow clearance at London Oxford Airport and production of small-bale hay and straw.

We’ve always had John Deere tractors and have generally got on well with them. They’re nice to drive and we particularly like the Greenstar GPS system.

However, we’ve had quite a bit of trouble with one of our current machines and some hefty repair bills, so we’re considering switching to a different shade of green.

We don’t actually use machinery dealers that often, partly because we source a lot of components and equipment ourselves.

When PA Turney had a base in Chipping Norton we used to pop down quite often and they usually had what we wanted. It closed a couple of years ago, though.

There are a few independent specialists that we use, such as Banbury Bearing Traders, Cotswold Engineering, and we have an account with Kramp that means we can get most parts overnight.

That has to be the Cross Slot drill. It’s what got us started on our own and it really does work well.

We like to do our homework before buying any piece of machinery and as a result we haven’t got anything that we don’t like. However, we did have a Gaspardo tine drill before our Horsch CO4 that we didn’t rate that highly.

It was tricky to calibrate and set up, and it had a small hopper with a flimsy fibreglass lid that we were convinced we were going to crack. Once it was up and running it worked pretty well though.

Our 2011 John Deere 6930 Premium has probably been our best. It was the first new tractor we’d bought and in 5,500 hours it’s had no major mechanical work, other than a new turbo.

However, our mechanic, Clive Hanley, has warned us that a head gasket could be on the cards when it goes over 6,000 hours.

Most of its time is spent on the sprayer and fertiliser spreader, but it will do any job on the farm, apart from pulling the Cross Slot. It’s a great all-rounder.

Sadly that title goes to our 7290R, which has had some fairly major mechanical problems. If it wasn’t for that it would be our favourite – it’s smooth to drive and has lots of power for its size.

The most expensive repair bill we’ve ever had was a £39,000 invoice for a replacement Autopowr gearbox in the 7290R – enough to buy a pretty decent tractor outright.

It was only on 1,800 hours when it went wrong, but it was just out of warranty and we were expected to pay the full whack. Thankfully, we managed to negotiate that down to £10,000, providing we took out an additional warranty of £8,000.

It’s a good job we did, as it’s back in to investigate an internal oil leak that’s been causing reduced oil flow. We wonder if this was the reason for the gearbox failure as it was the main bearing that seized up.

The extended warranty runs up to 3,800 hours and we’ll look to change it when that’s up. We’ve got a 6310R on loan while it’s being repaired. 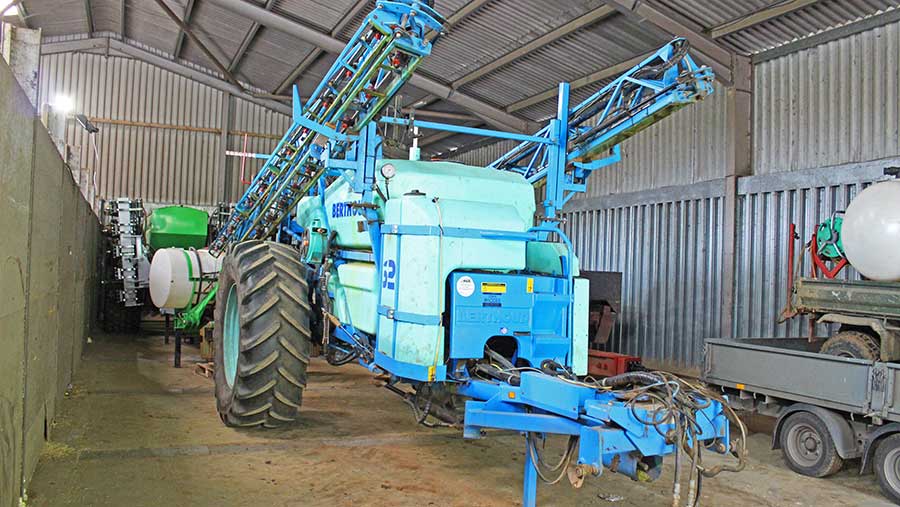 James: Spraying is my favourite and ploughing is at the bottom of the list – it’s slow and expensive.

Paul: I like drilling the most and hate stone picking. Sadly we’ve got plenty here though.

We do buy second-hand machinery, but we like to know where it’s come from. Our 6170R started out on a nearby farm that changes its tractors every year and we bought it through Farols while it was still under warranty.

In the past we never used to worry about running tractors out of warranty, but after our experience with the 7290R we’ll make sure all our frontline tractors are covered. 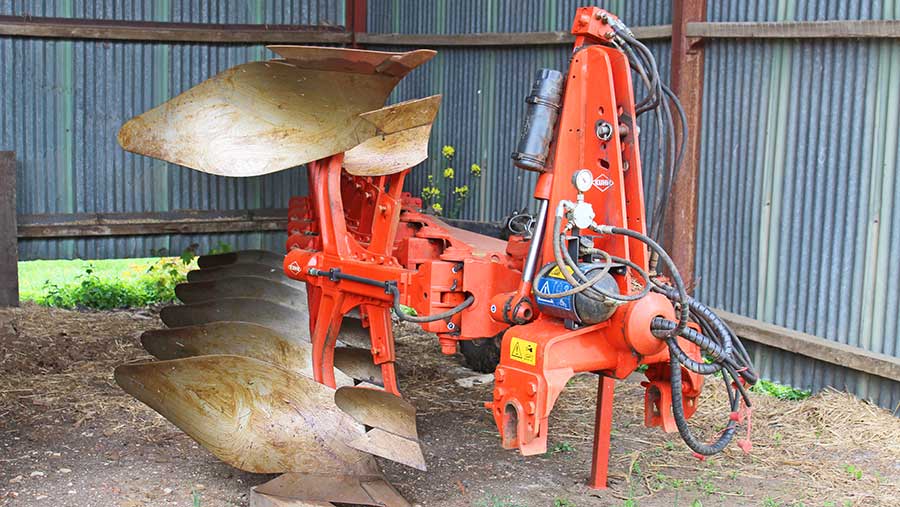 We’ve just upgraded our five-furrow Kuhn Vari-Master plough to a six-furrow Multi-Master. The old plough was good, but we wanted an extra furrow to make the most of the 300hp we’d got and we wanted hydraulic furrow width adjustment.

We plough all of the organic ground and on our sticky Cotswold brash soils it can be difficult to get the plough settings right. However, it’s particularly important for us to get it right so that we bury all the weed seeds.

Having the hydraulic vari-width means we can quickly tweak it to the conditions and make sure we do a tidy job. In wetter conditions we tend to be down to 15in furrows and can get up to 20in in the dry.

We’ve got a Vaderstad NZ tine cultivator from the early 1990s that’s still in regular use and going strong – we don’t know how it’s still holding together.

Originally, it was a 5m machine, but we extended it to 6m so that we could cover a bit more ground. It gets used for working down furrows on the organic farm before we drill with our Horsch CO4.

At the moment we’re running a 6m set of Twose Cambridge rolls and it would be nice to upgrade to a 12m set.

We don’t want to buy new though, and most of the second-hand ones seem either worn out or a little overpriced. Hopefully a decent set will pop up.

A few years ago we had a harvest student that sprayed the wrong half of a split field of wheat and ryegrass.

When we drove past and saw the wheel marks in the grass we thought something was up, and when it started going yellow we knew for sure that the Atlantis hadn’t gone in the right place. 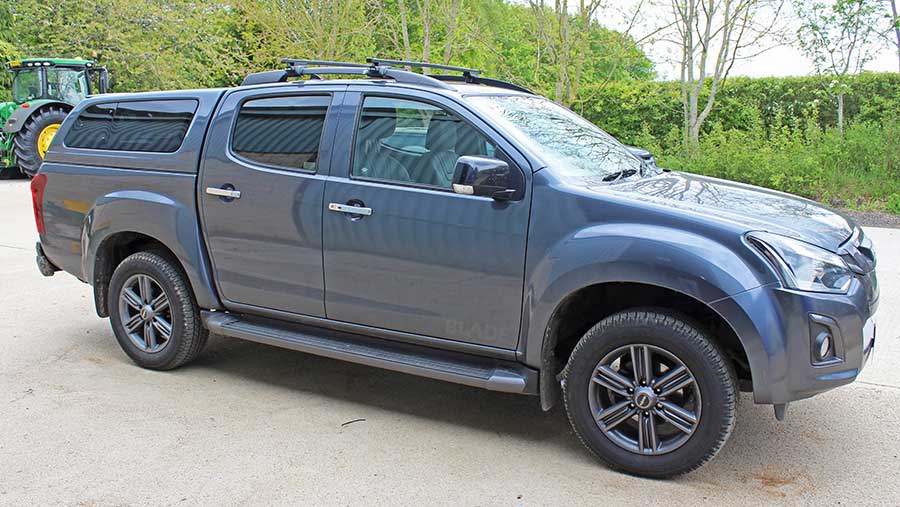 James: I’ve got an Isuzu D-Max Blade that arrived just after Christmas. I was looking for a good second-hand model, but when I was in the dealership they offered me a new one for less. All-in it cost £27,000, which included a five-year warranty.

Initially I was sceptical of the 1.9-litre engine, but I haven’t noticed much of a difference in performance from the 2.5-litre model I had before.

When it looked like we might be losing glyphosate, we came up with a crimper roller to knock down cover crops before direct drilling.

It mounts on the front linkage and is designed to roll, crush and bruise bulky cover crops, making it easier for the following crop to establish well.

We also designed our own front weight and toolbox that can attach to a weight carrier or be picked up with a linkage.

Soon after, he and his father Paul began selling the drills and in 2013 they came up with their own design to better suit the UK market. This meant making the machine lighter, easier to pull and cheaper.

Soil expert Philip Wright played a large part in the design of the chassis, which is manufactured at the Alexanders’ farm near Enstone, Oxfordshire.

Trading as Primewest, they offer 3m, 4m and 5m versions of the drill, plus a 6m version that is manufactured in New Zealand.