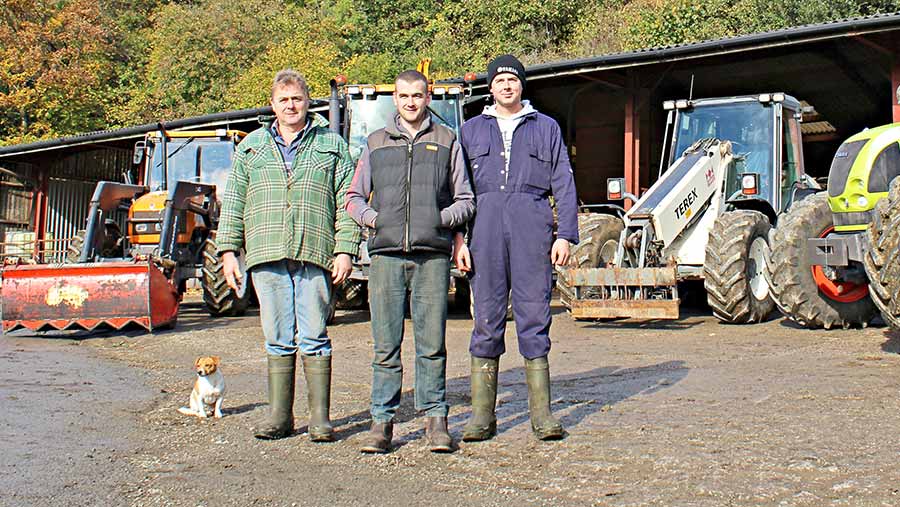 This week our regular What’s In Your Shed? feature heads to mid-Wales to quiz dairy farmers Merfyn, Ifan and Huw Evans on their machinery fleet.

Up until the 1980s we ran a mix of Massey Ferguson and Zetor tractors, but after a local contractor came to do some work here with his Renault we were impressed enough to buy one ourselves.

We’ve stuck with the brand ever since, but obviously had to move to the Claas equivalent more recently. At the moment we have two of each, plus a couple of old MFs.

We’ve had good experiences with most of our local dealers, but because we don’t buy new machinery these days we only really use them for parts and the odd second-hand purchase.

Huw works for local second-hand dealer Llansilin Tractors and does most of our maintenance in his spare time.

The Axion 850 is one of our favourites. It has loads of power, so it files along with our front and rear mowers, even in a heavy crop on steep ground.

As it’s fairly weighty it also does a great job on the clamp with our Strimech buck rake.

In truth, we didn’t need quite that much power – it puts out about 260hp – but we liked the look of it and thought the dealer was offering it for a fair price. We’ve had it four years now, clocking about 800 hours and it’s gone well. It did have an electrical problem though, caused by a loose connection in the roof.

We got the injectors refurbished too as they’d been damaged by some dirty fuel at some point – that cost about £800.

Our Terex T250 pivot-steer is also up there. It’s a very clean 2002 model and has everything you need in a handler – it even has hydraulic locking pins. 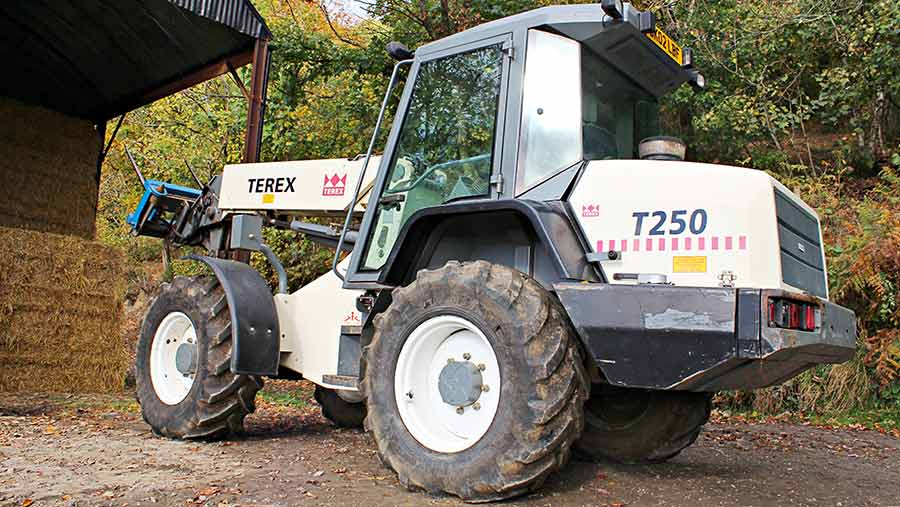 We like all our machinery, but the height of our Storth tower Stirrer means it’s a pain to transport around. We do contract stirring for a few local farmers so we do need to take it short distances down the road.

Huw modified the legs so they can be removed on the road and the whole unit can be lowered on the linkage. It still stands at about 16ft though and has claimed a low-hanging phone line.

The Renault Ceres 345X is probably the best. We’ve had it for 12 years and its been used almost every day since then.

When it first arrived on the farm it did most jobs – including getting worked pretty hard on the buck rake – but now it spends most of its time on the shear grab.

It’s on 6,500 hours and the only replacement parts it’s had, other than regular servicing, are a fan belt, battery and two front tyres. 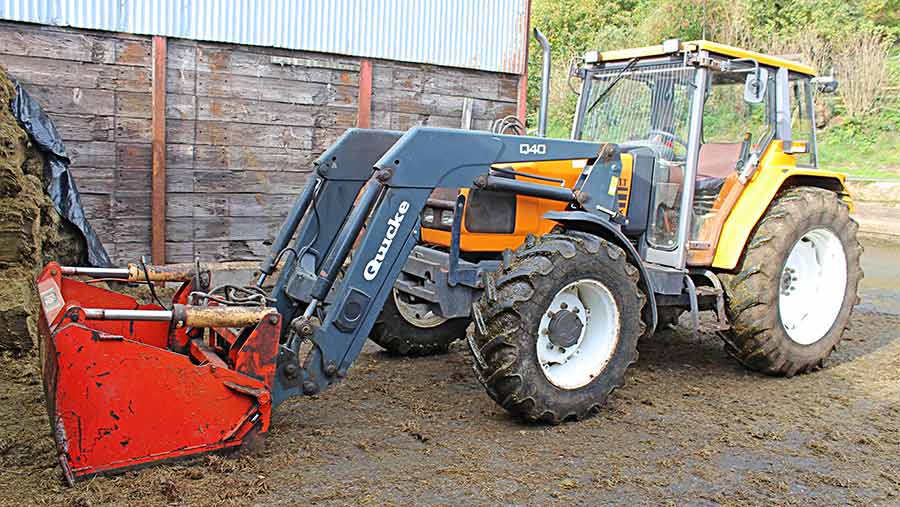 Most of them were electrically based, but they caused the gears to stop shifting and the forward/reverse shuttle to stop working.

After several trips to the dealer, we ended up getting a new ECU fitted, which solved most of the problems.

The fuel tank strap also snapped once, dropping the tank onto our drive and scuffing a hole in it.

The Strimech buck rake was a good buy. We bought it on Ebay for £1,500 and we’re seriously impressed with how solid it is. Our Claas Jaguar 75 forager was pretty cheap too at £2,000.

The only downside is that it has a narrow 1.75m pickup, so we’re on the lookout for a 2.2m version. We also modified the spout for side loading.

Our 1965 Massey Ferguson 35 scraper tractor is the oldest still at work. We got it about 15 years ago to replace a 35X that needed a new engine.

With hindsight we should have kept and repaired the 35X and we do miss the diff-lock.

The 35 is a good tractor though, and a reliable starter. We recently replaced the cam arrangement for the three-point linkage as it had worn to the point that it stopped lifting. It’s also had a new clutch, starter motor and ring gear.

Unlike some scraper tractors it gets regular maintenance – the parts are so cheap you’d be mad not to. 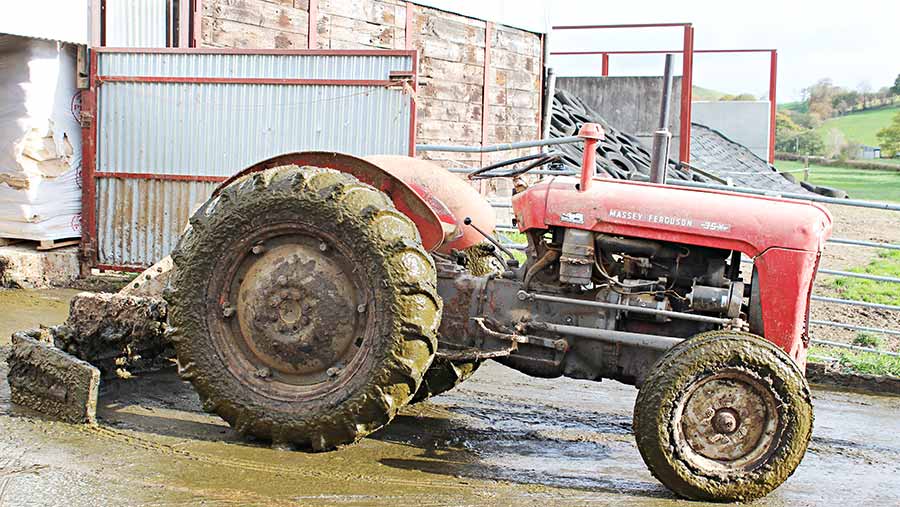 We’ll possibly get a power harrow next as we hire one in at the moment and it would be more convenient to have our own. We’d also like a rubber-tracked digger, about 5t or so, as the 812 is a bit big and clumsy for jobs around the yard.

We’ve had a few mishaps. Merfyn got his finger crushed between a pto shaft and its holder, which needed surgery to put right. Huw tipped a tractor and slurry tanker over on a steep bank and we’ve rolled a number of quad bikes between us.

As we do most repairs ourselves we haven’t had any really scary ones. However, we did have to completely rebuild the axle suspension on our Renault 826 and the parts alone cost more than £1,000.

We’ve done more modifying than inventing, but we did make a very effective snow plough out of an old buckrake and a length of feed barrier.

It was free apart from the length of rubber on the underside and it’s a godsend with the heavy snow we can get here.

Huw also made a very smart fertiliser spreader bag hoist, but as we’re often working out of the yard, we don’t need to use it that often.

The main farm vehicle is a VW Amarok 2.0 TDI. It’s got plenty of power and is good for towing, but it’s only technically rated to pull 3t. It’s on about 40,000 miles now and has been very reliable. 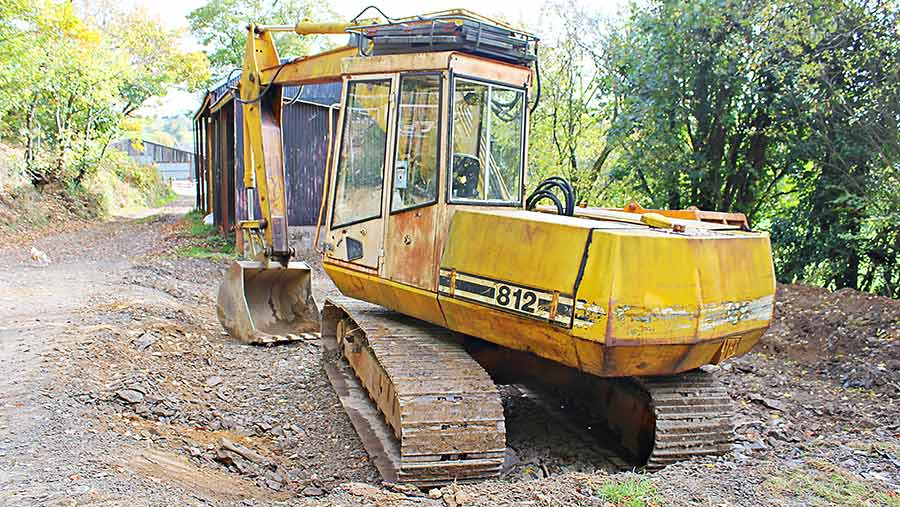