In the latest instalment of What’s In Your Shed we visit Oxfordshire arable and contract farmers Alan and Richard Smith, a father and son team.

Find out what’s their favourite kit and their least favourite, the oldest machine still at work and their most embarrassing machinery mistake.

We used to be very loyal to John Deere, but we had some trouble with a tractor and were disappointed with the service, so switched to Fendt.

The level of service we get now is so much better and if we have a breakdown they’ll send out a replacement tractor until ours is fixed. 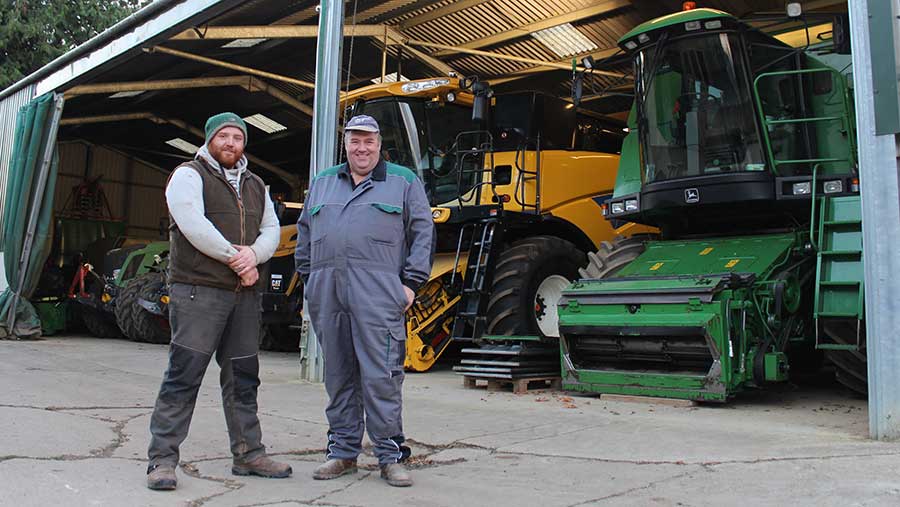 Lister Wilder at Cirencester is probably our number one, particularly as they looked after us so well when our Fendt 828 blew a hole in a piston and our 724 put the fan through the radiator.

We’ve also got PA Turney at Middleton Stoney and Cotswold Farm Machinery at Cheltenham, both of whom give us a good service. We’ve also recently switched to Farols for John Deere spares and those guys have been good too.

The Fendt 724 is probably our favourite as it’s so compact for a 240hp tractor. It replaced a John Deere 6920, so the difference in power and driver comfort is amazing.

At the same time we also bought an 828 to replace a John Deere 7930 that was a heap of trouble.

The 828 is nicer to drive, burns less fuel and, although it’s also had some problems, we’ve never been parked up waiting for a replacement.

We’ve been pretty disappointed with our John Deere 730 mower conditioner.

Firstly, it’s meant to cut 3m, but only manages about 2.6, and secondly it’s pretty badly made. Some of the bearings are only glued in and these fell out, causing a pulley to shred one of the guards.

The ram for adjusting the bed pitch was also positioned incorrectly and rubs against the wheel. We’re in the market for a set of triples soon, so we think we might give Krone a try.

Having the head in line with the cab is a serious improvement and it’s so nice when you get off the seat at the end of the day and you haven’t got a cricked neck and stiff shoulder.

The only problem we’ve had was with a bent transport bracket. However, that was because it was sent out with the wrong manual, which didn’t tell us how to fold it up properly. 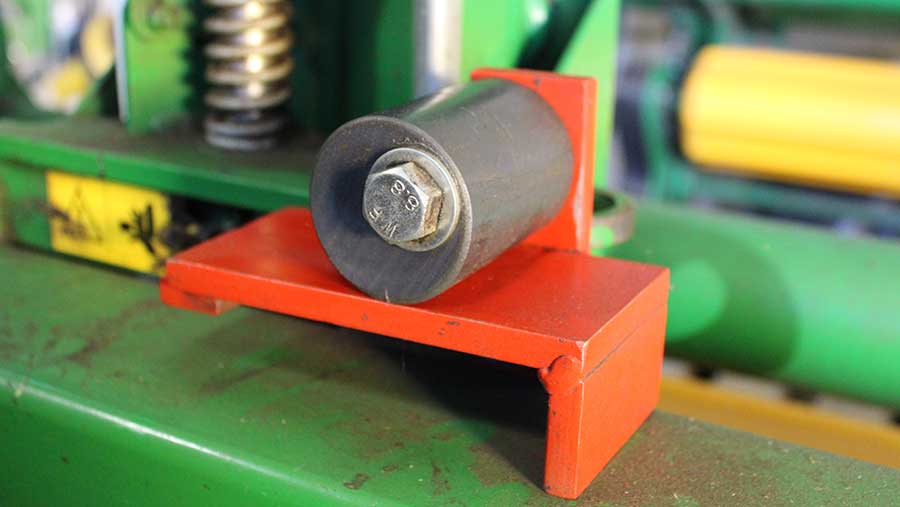 We’re still using a 1963 David Brown 990 that my dad had new. The clock stopped years ago when it was on about 4,500 hours, so we’ve got no idea how much work it’s done. It’s on scraping duties every day in the winter.

We rebuilt the engine 20 years ago and it starts on the button every time. It doesn’t get treated like your average scraper tractor though – at the end of the season it is washed off, serviced and sprayed with an oil/diesel mix.

Most equipment stays until we see something we like better or we get fed-up with it breaking down too much. However, all of our Fendts are on five-year warranties and we will look to change them when that’s up.

There’s also talk of Fendt offering up to eight years of warranty, so if we buy one with that deal we’ll probably keep it for six years and hopefully the value will be higher if it still has two years to run.

We’ve just done a deal to replace our John Deere 2264 combine. It’s been a good machine, but we wanted something with a few more bells and whistles, as well as the ability to adjust the sieves on the move. We’re swapping it for another New Holland CR9080 with 30ft cut.

Alan: I was driving the John Deere 2264 down the field flat out with the header in the air when I came across two bales fairly close together. The header sailed cleanly over the top, but I misjudged how wide the steps were and clobbered them on one of the bales.

They bent like a perfect spiral staircase and were beyond repair so we had to track down a new set, which wasn’t easy.

Richard: I managed to turn over our brand new bale trailer on the farm drive, which bent the drawbar and sent a full load of bales through the neighbour’s post-and-rail fence.

We had a bit of a nightmare with a second-hand Krone 1270 baler when the fly-wheel dropped off and trashed the gearbox. We thought it was going to be covered by our insurance, but in the end we had to stump up £12,000.

It’s a simple gripper for when you change the wrap on a McHale 998 wrapper. It bolts on the frame without having to drill any extra holes and puts an end to tying the wrap every time you change a roll.

The crimping tool for hydraulic fittings – it’s more than 10 miles to the nearest person that can do it so we’ve saved loads of time and money making up our own pipes.

This isn’t related to the workshop, but I couldn’t run the business without my wife Anne. She looks after most of the office stuff and she’s a pretty mean tractor driver, too.

Do you ever buy second-hand?

We don’t tend to buy many second hand tractors, but we always buy used combines as new ones are so expensive.

Alan: Ploughing, hedgecutting and combining are some of my favourites as you can take pride in the quality of the finish. Power harrowing and slurry spreading are my least favourite.

Richard: My favourite is baling when it’s going well, but it soon becomes the worst job in the world when you have to start hopping off the seat to fix problems. I hate hedgecutting, so it’s a good job dad likes it.

We’ve got a Mitsubishi L200 and have just bought a Shogun Commercial. We wanted something cheap that was decent for towing and it fitted the bill perfectly. It’s on 150,000 miles and it only cost us £2,000.

We clocked up 5,000 hours with it on heavy draft work and the only problem we had was a seized 20p spring in the gearbox that held the lever in park.

Unfortunately, the cab had to come off to do it though.

That’s got to be the John Deere 7930 we recently got rid of. It had a catalogue of problems and we had to spend £6,000 on engine repairs when it was just out of warranty.

Any machinery classics on the fleet?

Alan: I’ve got a few classics knocking around, including six 1976 David Browns that we’ve been slowly restoring. I’m hoping to get every model they made that year.

What’s in your shed?