Karolyn and Tony and Brendan Mason and team © Agrifac

Our ever-popular What’s in Your Shed series visits the Australian farm that set the 24-hour spraying world record.

We get the lowdown on the fleet run by Tony and Brendan Mason.

Where do you farm?

Near Perenjori, which is 220 miles north-east of Perth in Western Australia and right on the edge of the Midwest wheatbelt. There’s nothing but bush, salt lakes and occasional sheep stations beyond and our average rainfall is just 270mm.

The farm has grown from 2,400ha in 1989 to almost 13,000ha now. We’ve bought six different blocks over the years, which has meant our machinery fleet has grown quite a lot in the process.

We tend to stick to who and what has been good to us.

At the minute, that’s Case for the combines and Agrifac for the sprayers – both companies have given us great customer service over the last couple of years.

That said, we like to jump between brands a bit, particularly if we think we can find a better product somewhere else.

Performance is the priority, but swapping around from time to time also keeps the dealers sharp and gives us a better chance of securing a good deal.

Dealers are a big deciding factor on what we buy.

The bigger dealers tend to be able to source parts quicker and we have John Deere and Case-IH outlets within 60 miles, which is fairly convenient by Outback standards.

There’s no point going for some fairly obscure brand such as Fendt or Claas, as we could be looking at a commute of 150 miles or more just to pick up some spares.

We tend to carry a big stock of parts ourselves and do a lot of the servicing in-house, though a new mechanic shop has opened nearby, so we use that, too.

Big breakdowns sometimes need parts not stocked in Western Australia, so we can be left waiting for two days while the bits are flown over from Melbourne. 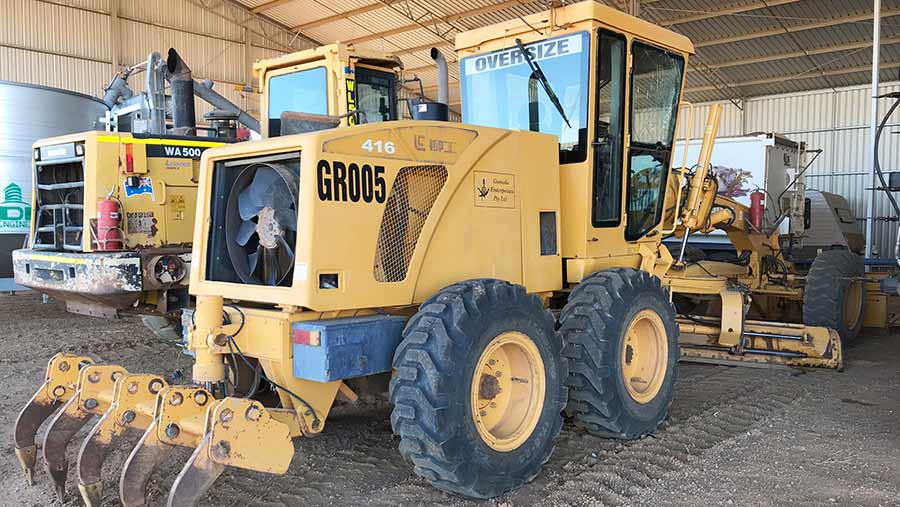 They have been reliable, simple and drama-free. Spare parts tend to be readily available too, which is important – if you need it in a hurry and it’s a long way away, things can get very expensive.

The Agrifac sprayer has also served us well, though we’ll probably replace it soon. 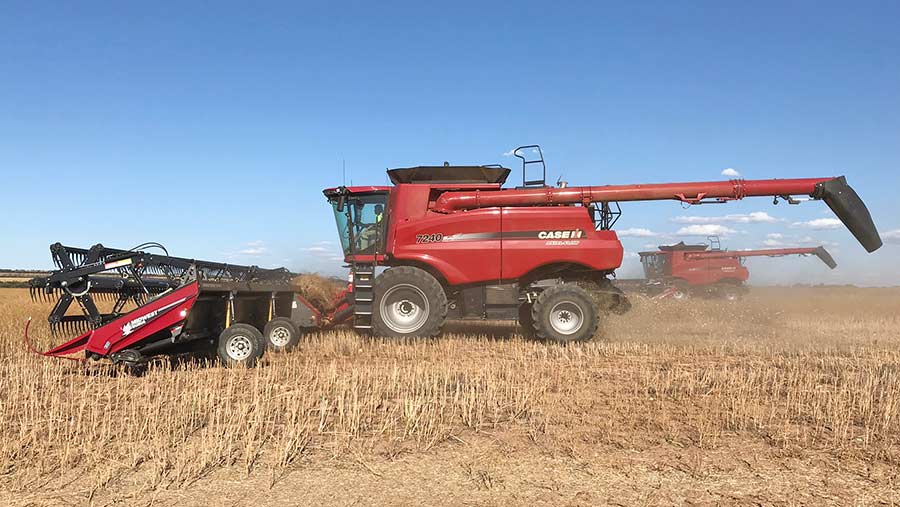 By a distance it is the Bednar deep ripper that we ran a couple of years ago.

Oil leaks, fatigue and expensive points were just a few of the problems – it simply wasn’t strong enough for the job. 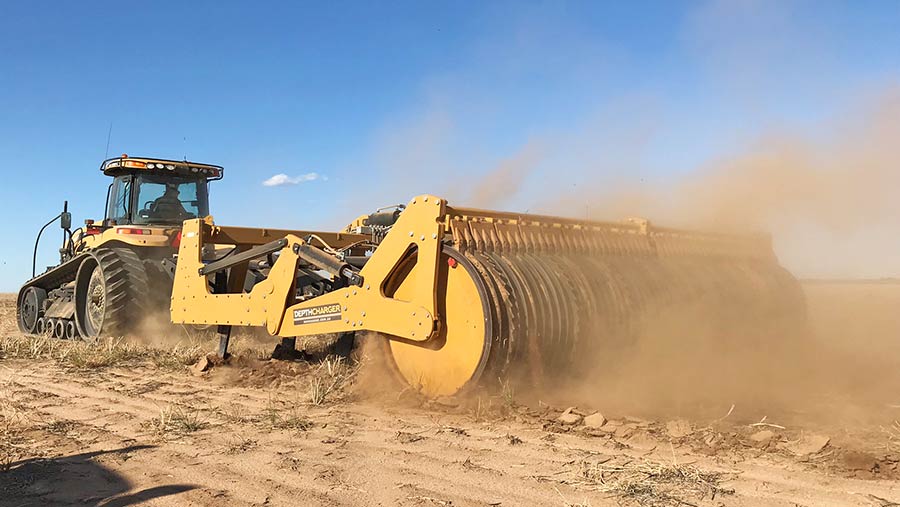 Two Scania R730 trucks – they’re only a few weeks old and can carry up to 53t at once in a road train setup.

The old ones had clocked up 1m kilometres carting grain to the local bin 20 miles away in Perenjori and hauling our lime and fertiliser to the farm from south of Perth.

It’s a pretty big investment given that they only work from October to March and are parked up for most of the winter, but it’s not really worth sending them out in the off season. 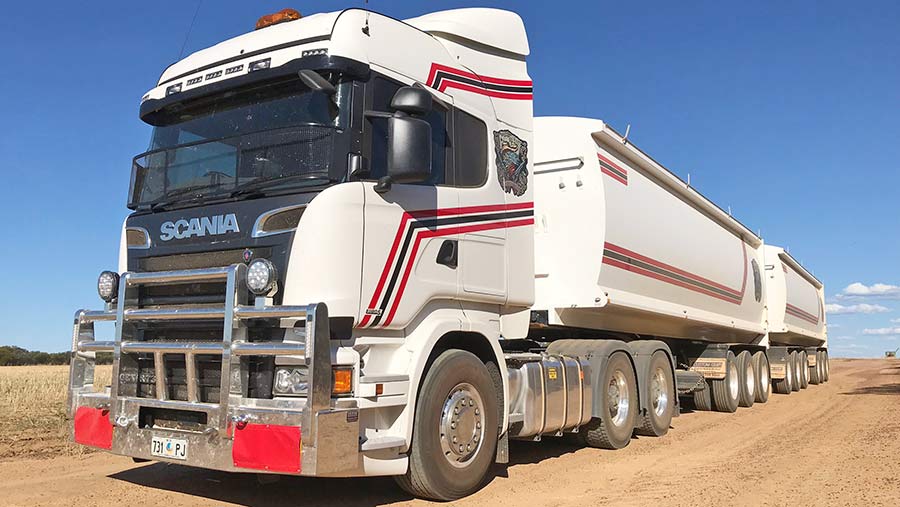 We have a couple of veteran campaigners on the 70t Grain King mother bins.

It’s an open-ended question that completely depends on the drought.

Average yields on the edge of the wheat belt can fluctuate from 500kg/ha to 2.2t/ha from year to year, so we have to act after harvest rather than following a set-in-stone plan.

Roughly speaking, the two combines are replaced every three years, tractors will stay for eight years, trucks for 12 and the sprayer will do between two and four years.

We tend to be a bit more opportunistic with the trailers, cultivators and seeders – it really depends on the market and the season.

A new sprayer is high on the list, as we rely on it heavily.

Our current Condor has clocked 1,800 hours over three years, but we went to the launch of the new one in Amsterdam and like the look of some of the features. It has electric controls instead of air on the boom, turn compensation and automatic weed sensing.

The green-on-green camera detection system could save us a fortune in chemical and it will only get better as they develop more algorithms to detect other broad-leaved weeds.

The seeding rigs are also due upgrading, as are the grain bins, and we’d quite like to take a closer look at the Tribine combine as well.

We have a few granite rock patches than can do a bit of damage to machinery, including combine headers.

A lump of rock was stood up by the seeder and ended up thumping the header about a metre from the end. It was bent backward by about 50cm and put out of action for a year – luckily the bill was covered by our insurance, as the repair job was $60,000 (£34,000).

Another time, a member of staff managed to hit a windmill at 18kph. We have no idea how he managed it, as he was in the middle of a field with the 5m-wide deep ripper on the back, but the windmill was completely flattened.

The bent header was the steepest, but the tracks on the Cat are also savagely expensive.

We have two and they’ve each been through a set at $30,000 (£17,000) a piece. We try to hold off for as long as possible, but the deep ripping work really wears them out as we have to do it in the summer, when the soil is bone dry.

A lot of stuff has been knocked together in the workshop – it has to be as we live miles away from the nearest dealers.

Our most useful invention is probably the tipping bins for filling the drill with seed and fertiliser, which we built 10 years ago. The rig is mounted on the back of an eight-wheel truck and we can open the doors from the tractor to start loading via the auger. 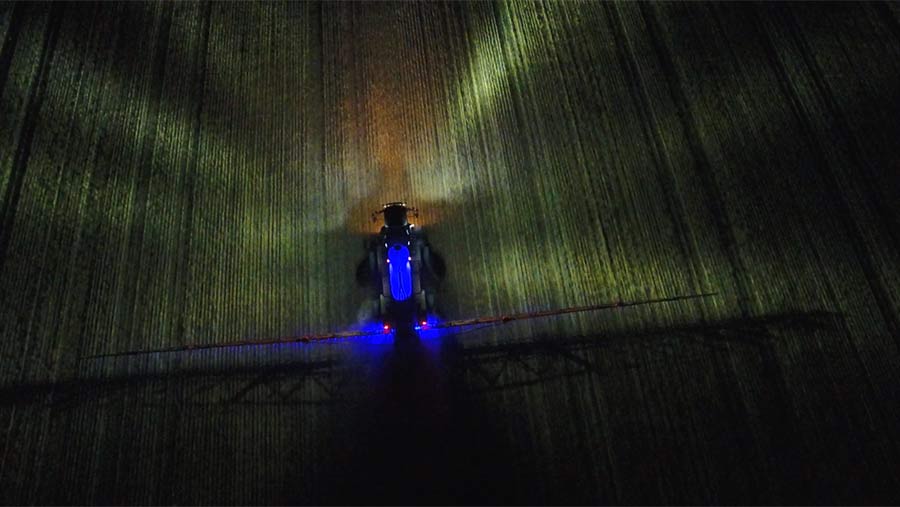 In March last year, the Mason family smashed two world records with the help of Agrifac’s Condor Endurance 48m self-propelled sprayer – covering the greatest area in a 24-hour period as well as in a single hour.

The Endurance covered a whopping 2,638ha of summer spraying in a 24-hour period, running non-stop. This smashed the previous record of 1,032ha.

While this equates to an average of nearly 110ha/hour, the family also broke a second record by covering 150.7ha in a single hour.

In total there were 15 fields with a 10-minute drive between the two blocks.

A nurse truck kept the sprayer supplied and running, thereby minimising downtimes between the tank loads.

The boundaries of the fields were mapped and to make it official, the family invited Jim Gilmour, a local justice of the peace, to adjudicate the record.

Yes, we’ve bought the likes of the excavator, grader and fuel trucks second-hand – basically stuff we don’t rely on. That way, it’s not a big drama if they break down.

There’s too much risk in running unreliable kit on the frontline. We have very little rain and need to make the most of it by getting work done in the optimum window. There’s a big yield penalty if the crop goes in too late.

Spraying – it’s great to drive, and you get over the ground quick.

Screening wheat in the paddock. Generally speaking, the extreme heat, dust and flies get to you after a while.

Tony: I have a 3.2-litre Ford Ranger, but it’s nothing special – I’d quite like a V6 engine next.

Brendan: An old Nissan ute, which has served me well. I’ll be keeping hold of it too, as they’ve stopped making them now.

Probably the Cat 865s for pure pulling power and traction. We need at least 550hp for the job, but would happily buy a bigger one if someone will build it.

However, they’re starting to fall a bit behind in the cab. Sadly, we’ll probably need to replace them before the new models are released.

We used to have Belarus tractors in the 1980s. They were crude things and very troublesome. The gears in the final drives used to crunch up regularly.

When we first looked into a deal for the Scania trucks, the company wanted an extra $30,000 (£17,000) for the pair over what we were willing to pay. We decided it was way too expensive, washed our hands of it and walked away.

But the dealer rang back a couple of weeks later – apparently truck sales were down in WA, so they ended up accepting our original offer.

The two Cat 865Cs were also a snip. Having considered them and the John Deere equivalent, we decided we were going to go for the Deere. 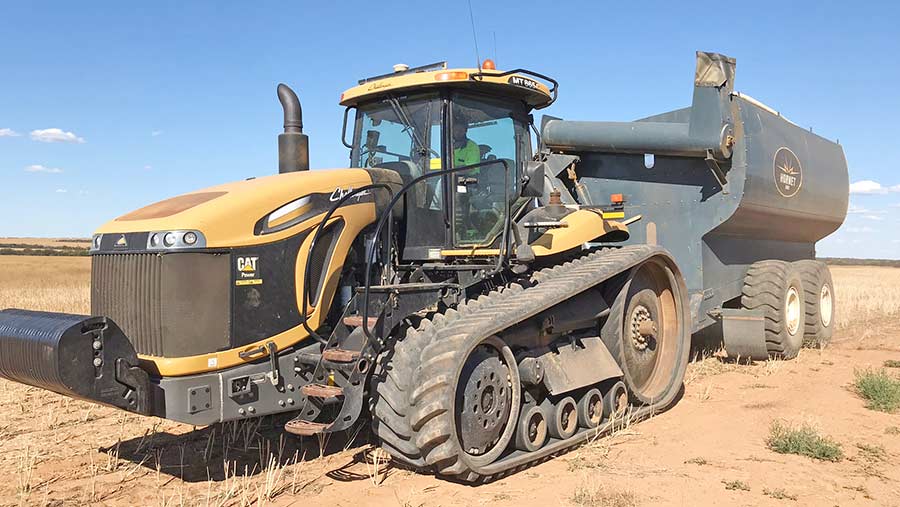