This month’s What’s in Your Shed? heads to one of the most northerly contractors on mainland Britain.

The catchy weather and dark winters at the tip of Scotland bring their own problems, but Andrew and Joe Mackay are fully geared up for the challenge with a machinery fleet that includes John Deere tractors, Claas combines and foragers, and one or two classics lurking at the back of the barn.

There’s no doubt about our favourites – Deere does the tractors and Claas for balers, rakes and the forager.

It hasn’t always been that way, though. Back in 2003 we had a fleet of Cases, but their reliability was shocking and we just couldn’t keep them running. An MX170 was the worst offender (more on that later) and ended up being the nail in the coffin as far as us keeping Case tractors was concerned.

We’ll never say never to changing again – Fendt and Claas both build a good tractor, but it’s really hard to fault the Deere.

We have always chosen Claas for foragers and combines – they’ve had the market pretty much sown up for years. However, we tried out a JD8400 chopper last year and were quite impressed – it seems JD is finally able to offer some sort of challenge to the Jaguar. 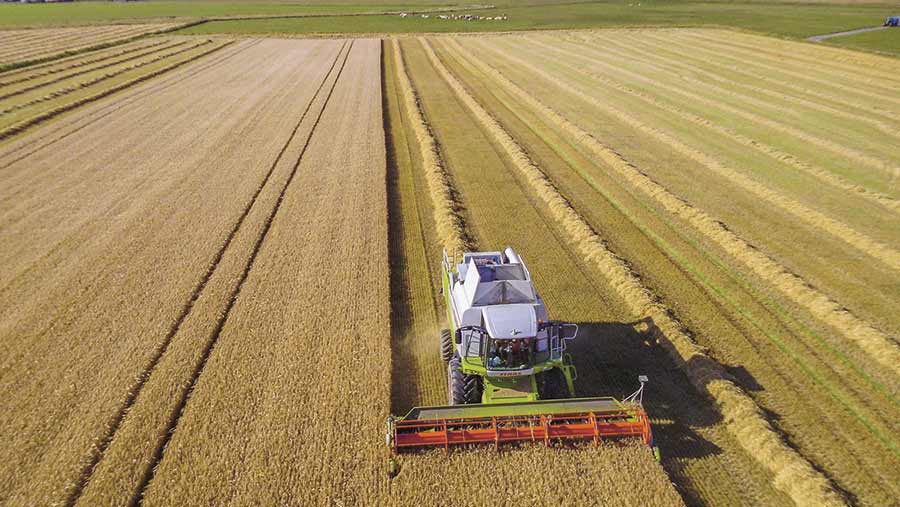 See also: What’s in Your Shed? visits an Aberdeenshire farmer

HRN is the place for the Deere stuff. The company is pretty new up here and recently built a half-a-million pound premises that is second to none.

W&A Geddes at Wick is our Claas dealer and it has also been really good to us over the years. As a rule, we only buy genuine parts for machines because it’s a two-way relationship and looking after our dealer is just as important as them looking after us.

We also use a few smaller firms, including Charles Angus Ag Engineering in Thurso, which does odd bits of fabrication that we don’t have time for, along with servicing the trucks and supplying tyres. 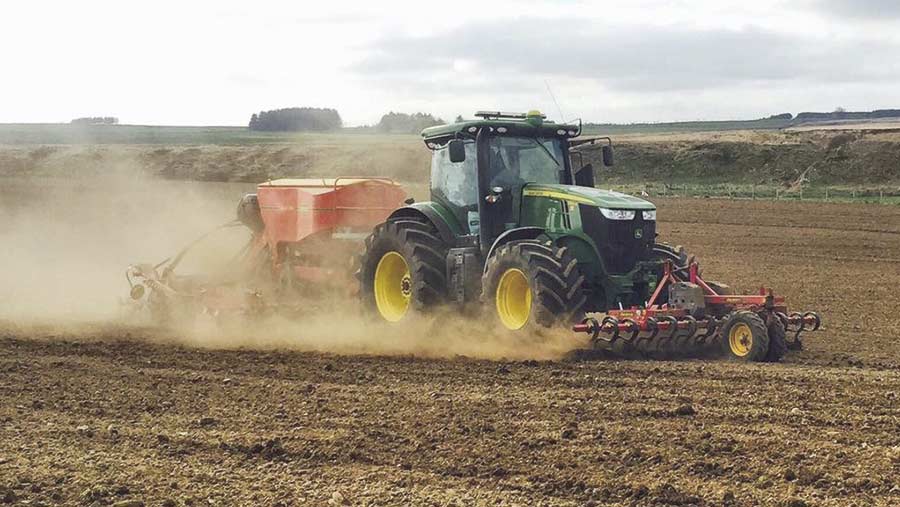 Andrew: The Lexion 570+ is an animal. Once we’re into a decent dry spell, it will easily eat 35t/hour in spring barley.

Joe: Mine is the new 6155R tractor. It’s only six months old, but it suits us perfectly – it’s not too big, has phenomenal wheel grip and everything is where you want it to be in the cab.

It has to be the Gator, which constantly needs money spending on it. They’re £16,000 new and after three years you would probably get £6,000 for it, plus we are spending £1,200 each year just keeping it running.

Brakes and wheel bearings are the biggest problems. We have a lot of sandy land and when you’re bombing through wet patches all the time, the dirt breaks through seals and joints and acts like a paste, slowly wearing everything away.

We’ll probably get an old Defender or Suzuki Jimny next time.

An old Toyota forklift for shifting bags around in the grainstore. It’ll lift 2.5t and only cost £600. Admittedly, the engine is a bit chuggy and will need looking at, but it’s so much easier than constantly clambering into the teleporter.

We have an old International B414 that still keeps busy planting turnips, among other things. We had it from new in 1965 and have restored it twice. It must have gone around the clock several time, but it’s as good as new now and we will never get rid of it.

Tractors hang around until about 7,000 hours – roughly seven years – but it really depends on what sort of shape they are in and how hard each machine has worked.

The combines tend to put in a much longer stint – one of them is 20 years old and the other is nine. They only work for three weeks of the year, so we are pretty relaxed about their age.

We used to change the forager every five years, but latterly we have decided to get a bigger machine and make it last longer. High capacity is key when you’re dealing with the tight weather windows this far north.

There’s nothing imminent, though we might look at replacing the little Lexion with a five-year-old 560 next year. We tried buying one a few months ago, but it went for too much money.

Andrew: I hit a telegraph pole with the Jag 682 forager spout. It was a good 25 years ago when I was just starting out, but I haven’t made the same mistake since.

It didn’t do too much damage anyway, and we were up and running again within the hour. A few of the lads have hit branches with the combine spout, which is no mean feat when we hardly have any trees on the farm.

Joe: I put the 950 Jag in a ditch. The road was too narrow and just gave way, so I slid down the bank. We managed to pull it out with a loading shovel and luckily the only damage was to my pride.

A stone bent the combine header auger and cost us £7,000. We had a similarly large bill after a flat, lunchbox-sized stone burst the feed rollers on the forager. Stones tend to cause us a few problems – we’ve also written off a mower after hitting a rock that bent the mower bed like a banana.

Our father adapted an old Sanderson loader bucket to have a hydraulic trap door on the floor for filling feed bags. It took a couple of days to make and has made life so much easier. 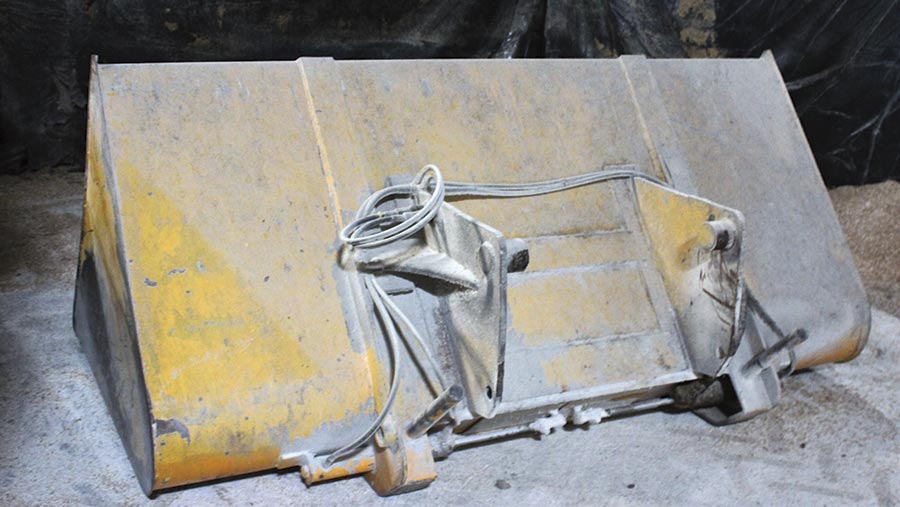 The mig welder, plus a Milwaukee four-and-a-half-inch cordless grinder. Both get us out of jail time and again.

Half of the tractors (mainly the smaller ones) come with 2,000 hours on the clock. The telehandler and shovel were also second-hand – we prefer to let someone else take the whack on depreciation. That said, we try to buy through main dealers to reduce some of the risk.

Andrew: Drilling, combining when the weather is good and cutting grass.

Andrew: I have a five-year-old Volkswagen Amarok on 70,000 miles, which is nice to drive, but terrible at towing compared with the Land Rover.

The Case MX170. We had it for 18 months and it spent well over 100 days in bits. The diff seals went twice, the steering stopped working, clutchpacks were replaced and it couldn’t stop leaking oil.

A nine-month-old Bailey trailer. We found it on eBay for £12,000 from a chap in Shropshire, but it was probably near £20,000 new. We like to look after the trailers because they’re always worth money.

The Deere triple mowers are also worth a mention – they cut 16,000ha of grass and needed just two bearings and a rotor, even though they were cutting the heaviest grass in the world.

We’re always on the lookout for others and will probably try to find a Deere 300 next – we like something different to the usual Massey Fergusons.

We’ve also just bought two Land Rover Series 2As to restore. They’re in pretty bad order, but you can get all the parts on eBay much easier than for old tractors.