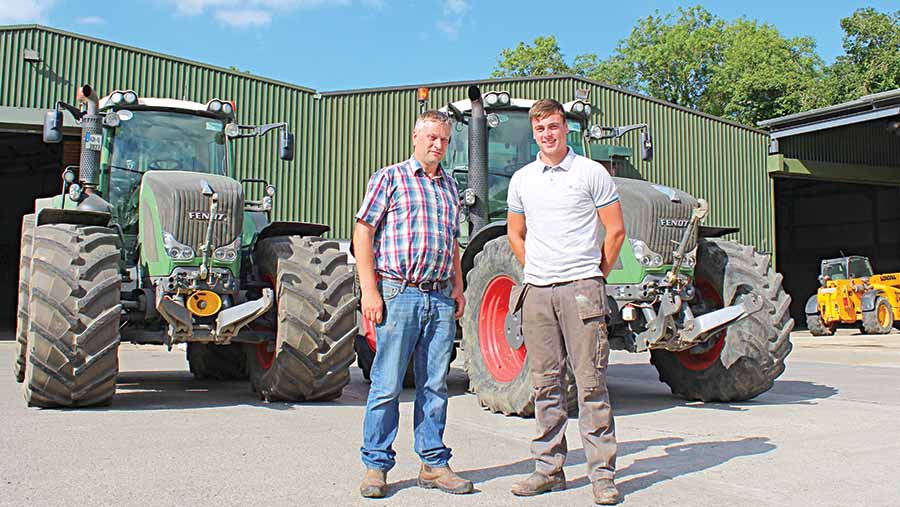 This week What’s in Your Shed nips over the Irish sea to visit Co Dublin arable and spud growers David and Derek Rodgers.

Read on to find out about their best and worst purchases, most expensive repair bill and why they’re still running an old-school John Deere on the frontline.

We have a small Fendt dealer – Farmworks Machinery – that is run by a chap called Ciaran Tierney. We have had most of our Fendt tractors from there and they have given us a really good service over the years.

We had a few engine problems with our 936 when it was new and both Mr Tierney and Fendt stood by it, even when the warranty had run out.

We used to be John Deere across the board, but we decided to try a Fendt in 2004 and since then we’ve never looked back – they’re just so much smoother to drive and we have had very little trouble with them in general.

We have also stuck with New Holland combines, although I don’t think the latest model is as well built as the TX68 we had before.

See also: What’s in Your Shed? visits a Ross-shire contractor

Back then it was the main tillage tractor pulling a five-furrow plough, but now it spends 90% of its time hooked to the Amazone trailed sprayer.

Even though it has clocked up 8,200 hours, it is mechanically perfect and we have had no problems with any of the electrics either.

Fendts were seriously well built at that time. Other than getting serviced by the dealer every 500 hours we haven’t had to touch it. It’s rated to 160hp and unlike some of the more modern models, you feel as if you actually get that. 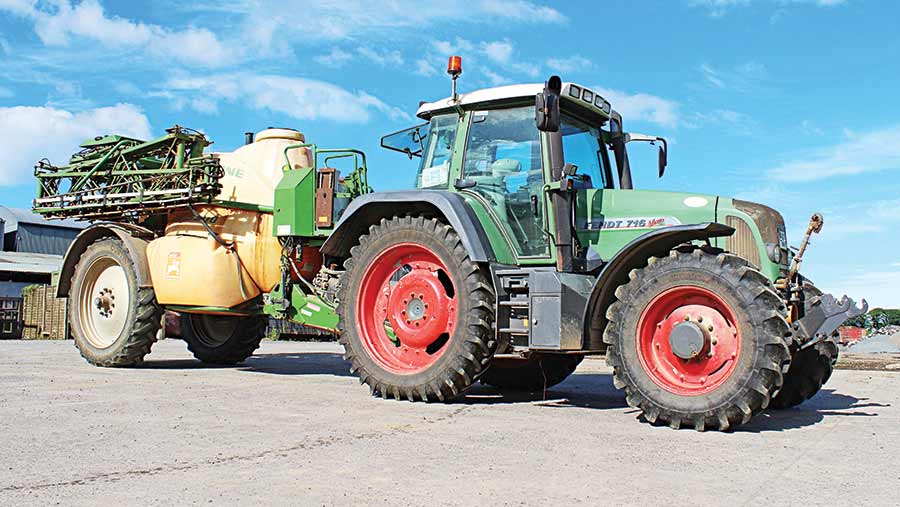 We also had a John Deere 7710 that comes a very close second. That tractor was simple, solid and pulled like a train.

Worst tractor you have ever had?

When we bought it we really wanted a Fendt, but John Deere did such a good deal we decided to give it a go.

It could have been the fact that the Fendt 716 had spoilt us, but the semi-powershift gearbox felt clunky and there was something wrong with the cab suspension that made us feel a bit seasick.

It’s fairly rare for us to buy used machines other than combines, which are just too expensive to justify buying new.

When we made the switch our output went up from 16ha/day to 25ha/day. However, the CX8060 is nowhere near as well constructed as the TX66 and the paintwork is much thinner.

We have also recently bought a 2014 Fendt 824 second-hand. This had been a fleet hire machine and we knew where it had been, so we felt we could trust it. 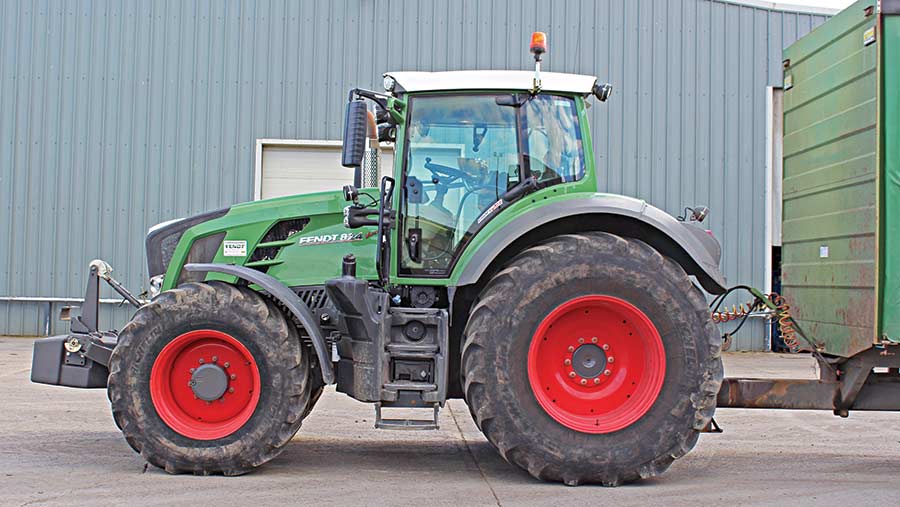 The Amazone sprayer is probably our favourite. It’s a 2009 machine, has been subjected to all sorts of abuse and is still in near-perfect condition.

It’s also simple to use and has been particularly reliable. The spud work has been hard on it, but it’s taken it really well.

Our only grumbles would be the fact that it could do with some suspension and a couple more sensors for the boom auto-levelling. As there is only one on each side, it can get a bit confused by potato ridges.

We’re just in the process of switching the RTK GPS system on our Fendt 939 from the original Topcon-based setup to a Trimble one.

That’s because we were having too many problems with the signal dropping out. Apparently, the Trimble one will hold its line for 20 minutes after the signal is lost. Let’s hope it works.

We have had a couple of nasty ones, but the worst was probably the Autopowr transmission on our John Deere 7810.

Interestingly, it was the mechanical element of the gearbox that failed rather than the hydrostatic and we could replace that separately. I don’t think it’s possible to do that in the version fitted on 6000-series tractors. 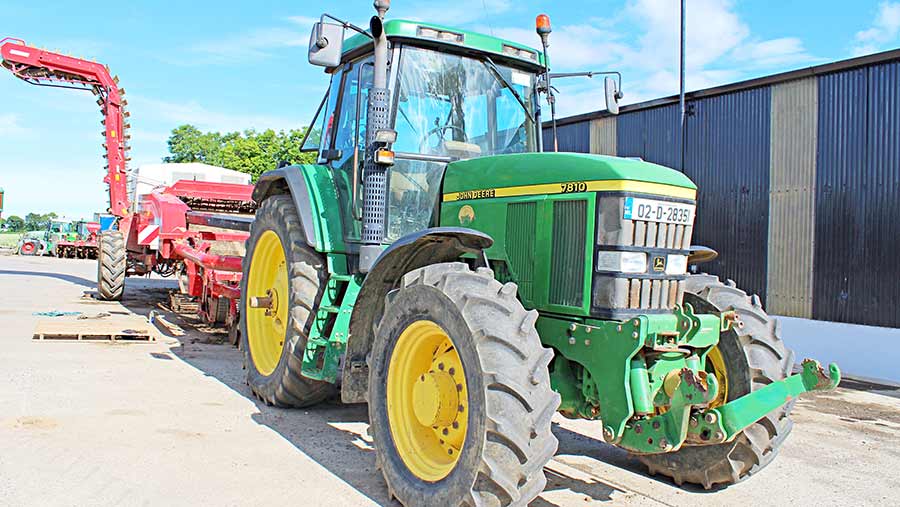 We had a similarly expensive repair to our Lemken Solitair drill. This had a small crack where the folding linkage meets the power harrow trough and over time the oil leaked out without us realising.

When it started making enough noise for us to notice something was up the damage had been done and we had to replace all the bearings and gears on one side.

The repair job was also about €6,000 (£5,308). The same thing started to happen on the other power harrow, but luckily we spotted it early and welded it up.

We don’t have a set plan and we have never bothered with extended warranties either. That’s partly due to the fact that we don’t clock up high enough hours to justify it.

David: Drilling is my favourite and working on the grader is one of my least.

Derek: I like combining and hate ploughing heavy, wet ground.

We’re not really inventors ourselves, but the Larrington box filler trailers we have are a pretty clever design.

We have a 1999 John Deere 6810 that we’ve never had to touch mechanically. It’s now on 10,000 hours and the cross-shaft on the rear linkage could do with replacing.

It still does all the potato planting and we put it on some floatation tyres to roll our cereal ground. 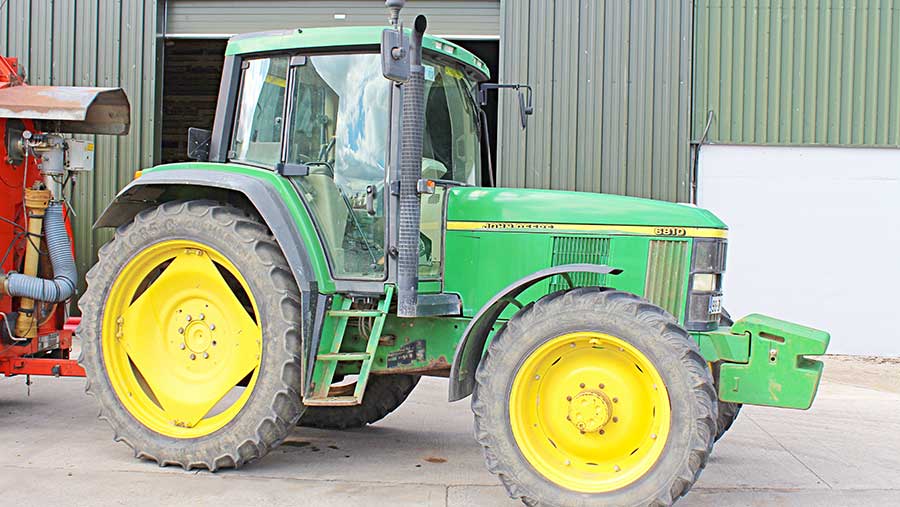 David: I was driving the Fendt 716 alongside the potato harvester unloading and had a passenger on the seat next to me. He nudged the shuttle button with his knee causing the tractor to stop suddenly.

The harvester elevator then hit the tractor sunroof and twisted. The repair bill was €150 (£132) for a set of Fendt sunroof hinges and €9,000 (£7,963) for a whole new elevator on the harvester. Thankfully it was covered by our insurance.

We have a 2005 Discovery 3 that’s done about 260,000km. It’s on coil springs rather than air-suspension and has been fairly reliable. The electric handbrake often goes out of adjustment though.

Any classic kit in the shed?

Hopefully we can put them all out to work this summer.