What’s in Your Shed? heads to Ross-shire in the Highlands of Scotland for this month’s instalment.

We meet the Wilson family to chat about their devotion to John Deere tractors and Claas combines.

We also get them to spill the beans on their best and worst performers over the years and if there are any classics in line for a birthday. 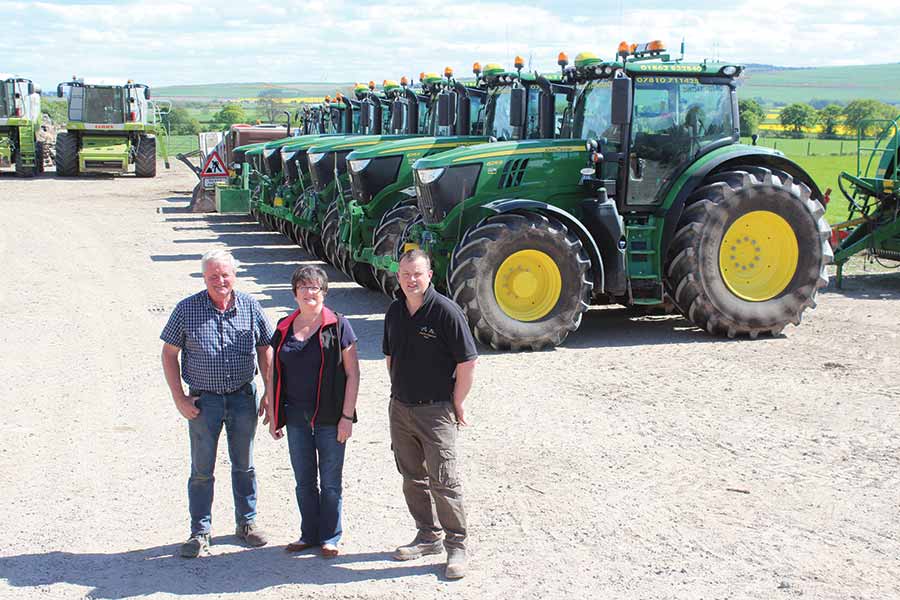 We always base our buying decision on the brand and machine, rather than picking a favourite dealer and putting up with whatever they sell.

For the tractors we can’t look any further than John Deere, which is sold through HRN Tractors.

It would take a lot to sway us because the Deere package – and in particular the Greenstar – is difficult to beat.

We get a great service too, and they are always willing to travel out late in the evening to fix a problem.

Claas is our current pick for combines and Lemken for drills, both of which come from Sellars at Invergordon.

We’re also big McHale fans and wouldn’t have anything else for the baling side of things.

We’re spoilt for local dealers – the furthest is 30 miles away – and the fact that we’re a big customer to most of them for both new kit and spares often works in our favour.

We don’t really have a favourite, though the GPS backup from HRN has been really useful.

I’m too bad-tempered to accept anything other than good service, anyway. 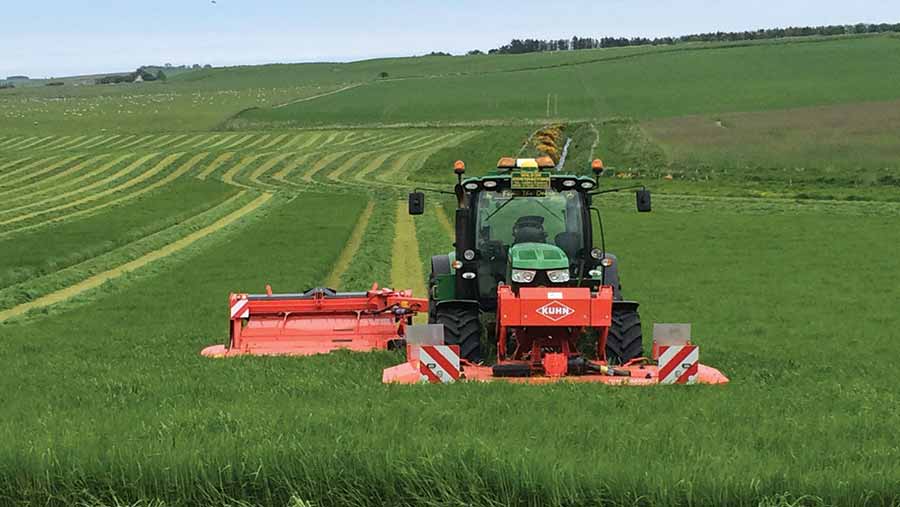 Without doubt it’s the McHale Fusion – nothing can compete with the quality of silage it produces.

In the past we’ve tried Bomford, John Deere and Claas, but all our customers want to see us running the Fusions now because they make quality, rock-hard bales.

McHale also does a great back-up job. Even if the dealer is busy we can ring the factory in Ireland and more often than not they’re able to talk us through exactly what we need to do to get going again.

Five John Deere tractors – three 6215Rs and two 6175Rs. We agreed the price before the Brexit vote and were given six weeks to sign the deal, so by the time it went through all the tractor manufacturers had hiked their prices.

The change in the value of sterling worked in our favour and we ended up making a massive saving compared with the cost of the same machines just a month or so later. 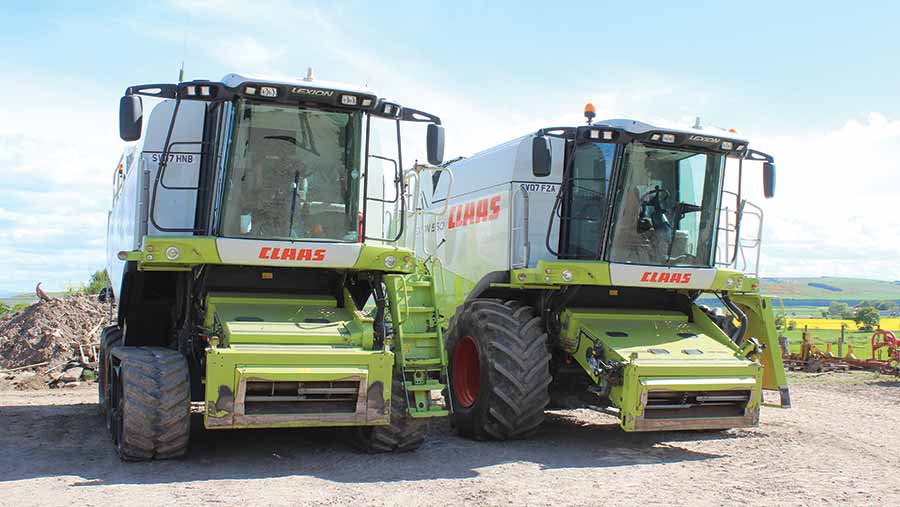 A Grays Tubeliner bale wrapper that we bought in May 1994 for £8,790. We use it half-a-dozen times each harvest to wrap ammonia-treated straw and a bit of silage.

Last year it only did 1,000 bales, but in its peak back in 2000 it did 7,000 bales. We code each machine and record its workload so we know exactly how many bales it is churning out – and the same goes for every other machine in the yard.

There’s no reason why it can’t be used more – it just depends on how much demand there is for fodder.

For that reason, it’s a useful machine to have in the yard, so we’ll keep it unless we come across another one for sale that’s in better nick. 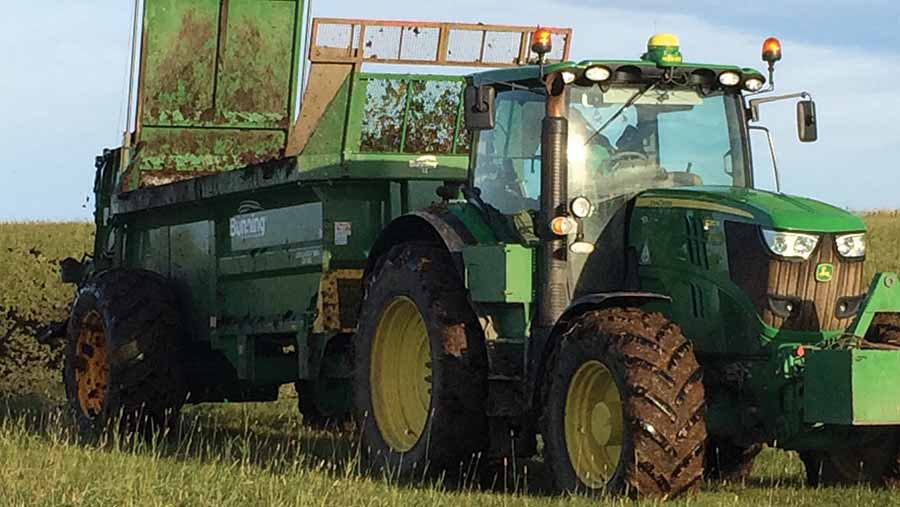 There’s no fixed term. The beauty of having detailed machinery service records is that we can track exactly when a machine is starting to build up higher maintenance bills.

It doesn’t matter if it’s three years old or 10 years old, if it’s starting to look like it might cost money – and the operator has a big say in that – then we look to shift it on.

Perhaps the two combines – we usually change them both at the same time.

We’ve put it out to tender, so we’ll have to see what John Deere, Claas and New Holland come up with deal-wise to replace the 25ft cut 570 and 22ft cut 550 Lexions. One is on tracks, which carries a £10,000 premium, but makes it narrower and much easier to move around.

We can’t get away with getting bigger headers either, because of the shear bulk of straw in the fields – it takes ages to dry out.

Whichever it is, we’ll be looking for a 500-hour machine – we’ve only once bought a new one. It was a Deutz-Fahr with a 16ft cut, which at the time made it one of the biggest combines around. 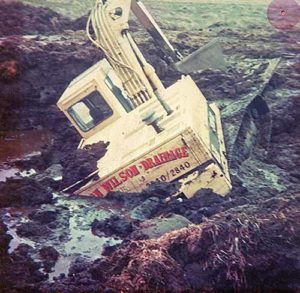 It was doing drainage work and slid off the mats before slowly sinking deeper and deeper as we tried to haul it out.

It sat there for three weeks while we worked out what we were going to do, by which time the peat was halfway up the front windscreen and filling the cab.

We had to get a guy in from Glasgow, who came with a 200t winch and pulled it 200m through the peat.

Everyone came from far and wide to watch and in the end the whole job cost us about £28,000.

Definitely the bill for the digger, though we did eventually get it running again.

We combined a Farm Force cultivator with a semi-mounted Accord drill because the Accord ran on two wheels and was leaving tracks in the field after drilling.

The manufacturers told us it wasn’t possible, but we got them cobbled together and used it for several years.

Similarly, we once adapted a Simba Freeflow to grain and fertiliser, which is a must-have with the catchy weather this far north.

There’s not one particular thing – everything has its place and we’re pretty well equipped to deal with most emergencies.

A good sense of humour is imperative, though. 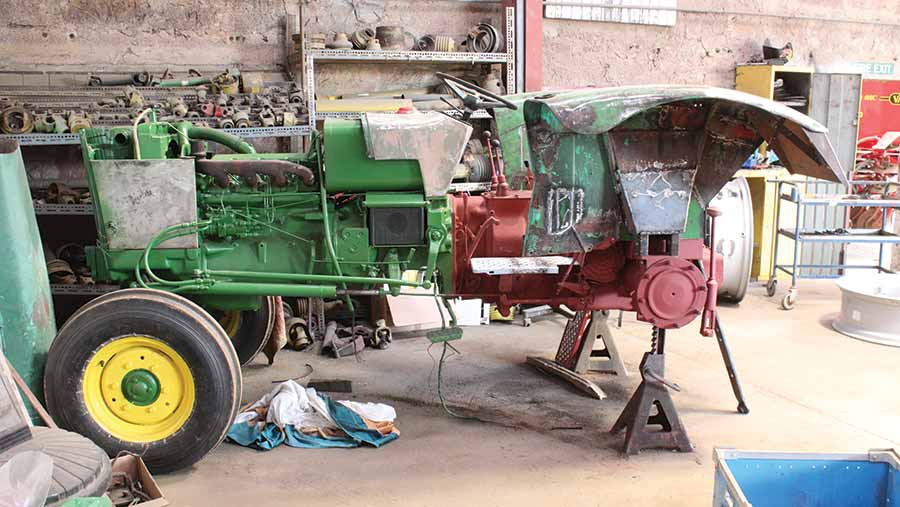 We prefer to buy everything new where possible. That way we know exactly what we’re getting – we’d rather pay an extra year of finance on a new tractor than gamble on stuff that is more likely to break down during the busy season.

That said, the combines won’t be brand new, and the baler was second-hand, too.

Allan: Putting the bills through. 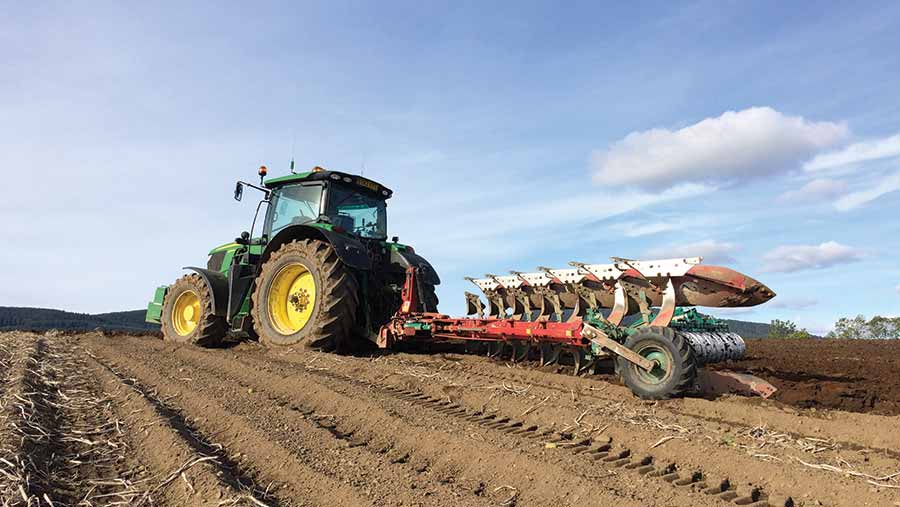 Stuart: I have an Isuzu Denver that’s on 86,000 miles. The trucks tend to slowly get passed down, so it’ll be on the farm for a few more years.

Allan: Toyota Hilux with an auto ‘box. It’s the best off-roader I’ve ever had. 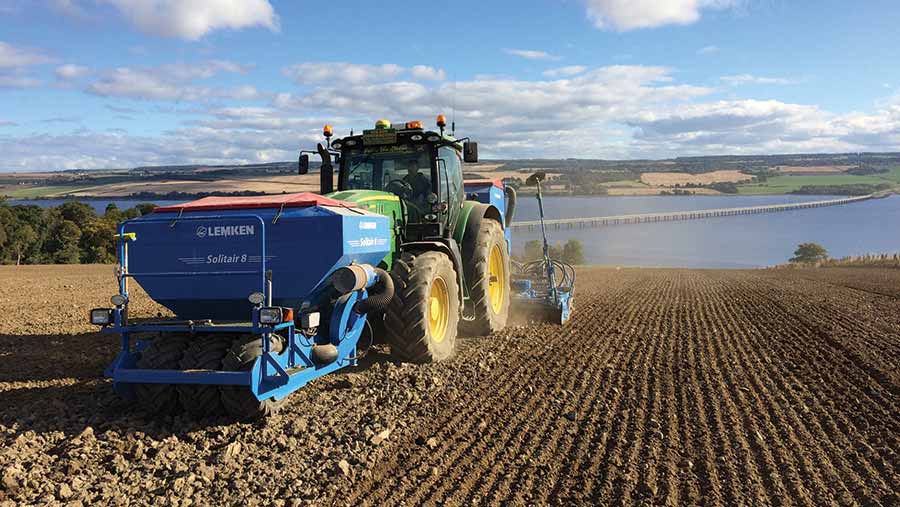 An NC silage trailer that came brand new from England. The dealer was struggling to sell it because it was fitted with super-singles rather than flotations, so we snapped it up.

Allan: I’m currently restoring a John Deere 710. I bought it 38 years ago with a seized engine, so I dropped the sump, ran some emery paper around the crankshaft and put in a new set of shells.

I then quickly sold it before it went wrong again, and it has spent the last 36 years towing salmon fishing boats in and out of the water.

In that time the sea air has taken its toll, and when I got it back for free in January it was in a bad way.

Engine-wise it was running OK, but I split it to do the thrust bearing and replaced a load of oil seals because it was leaking like a sieve.

The biggest problem is finding the spares, which often means I have to fashion replacements out of bits I’ve got lying around the workshop.

Hopefully I’ll have it ready to go by the first local ploughing match in November.