The latest instalment of our popular machinery series heads to Little Horsted, near Uckfield, East Sussex, where Edd Mowbray fires the questions at contractor Paul Cornford.

Find out what kit he loves, what his favourite tasks are and those he finds irksome

I’m a big fan of John Deere tractors, but my relationship with Farols is more important. It’s about an hour from our yard but provides a quality service given the distance.

Our JCB and Krone kit comes from local dealer Haynes Agriculture five minutes up the road, which I also rate highly. 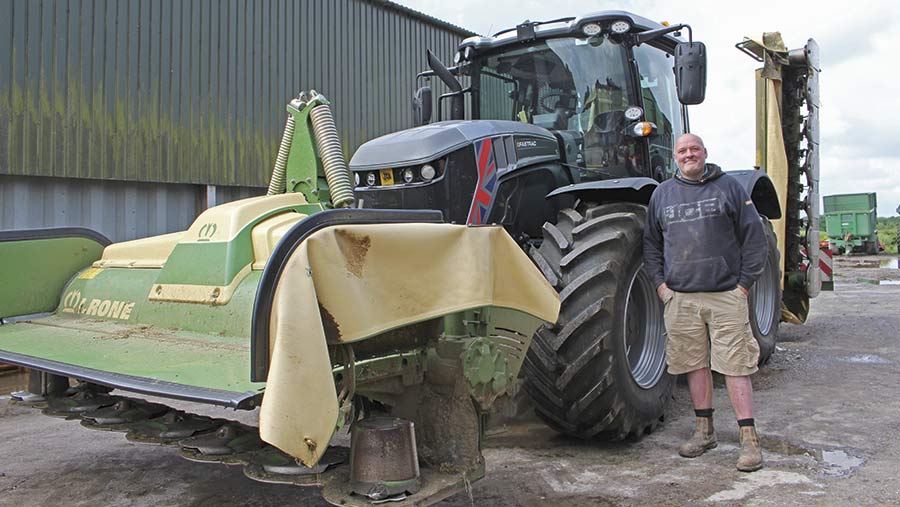 We aren’t afraid to run a machine beyond 8,000 hours if it’s got a good track record. In fact I’m not precious about any of the kit and everything is for sale at the right price, so if an offer is too good to refuse then I’ll happily trade it in.

Earlier this year we took delivery of three silver edition 4220 Fastracs, of which only 25 have been manufactured worldwide.

We’ve had Fastracs on demo over the past few years and were never that impressed, until the latest model came out. It’s streets ahead of the old ones in terms of comfort and power.

I don’t like yellow tractors so when I saw the silver jubilee paintwork I just couldn’t resist. They’re specced to the eyeballs with LED lights, Greenstar guidance kit and each one has been registered with a personalised number plate with the company’s initials.

We do a fair bit of road work with large trailers, which is their bread and butter, and one is married to a set of Krone triple mowers during the spring.

JCB has built 25 silver edition Fastracs to celebrate 25 years making what is recognised as the fastest production tractor (top speed about 85kph).

With the same running gear and engine as a standard 4220, the extras are a snazzy silver and union jack paintwork, LED lighting kit, Greenstar compatible and full leather clad interior.

Each model has its own unique number chalked on the side of the bonnet and only 12 are based in the UK. 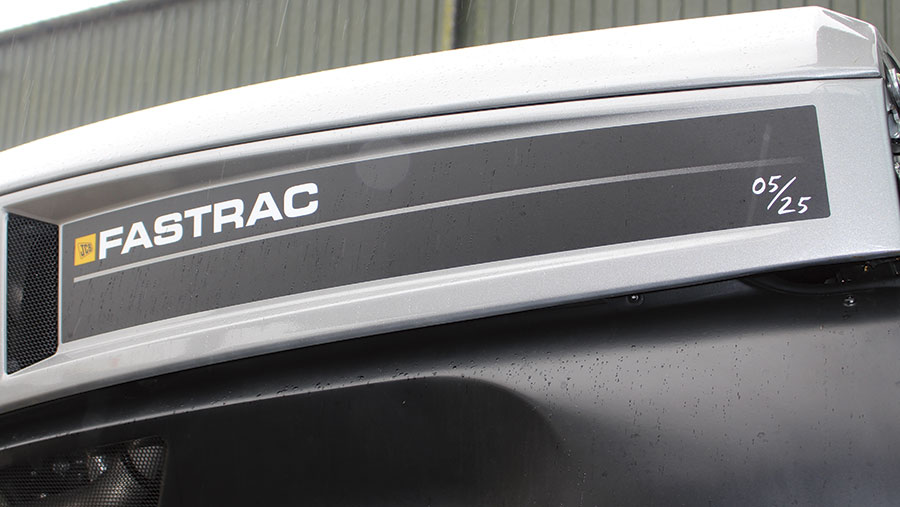 They’ve clocked about 200 hours so far and, bar a few faulty sensors, have been trouble-free. When I bought them, I also negotiated a 4,500 hour/five-year warranty, which was a massive bonus.

Besides the Fastracs, last year I bought a 2015 John Deere 8360 RT to cope with our increasing cultivation work.

It was sourced by Farols for £120,000 from a dealer further afield and only had 600 hours on the clock, along with full Greenstar and the narrower 24in tracks.

It pulls a 5m Vaderstad Topdown and can easily cover 40ha a day, but I don’t let anyone else drive it. 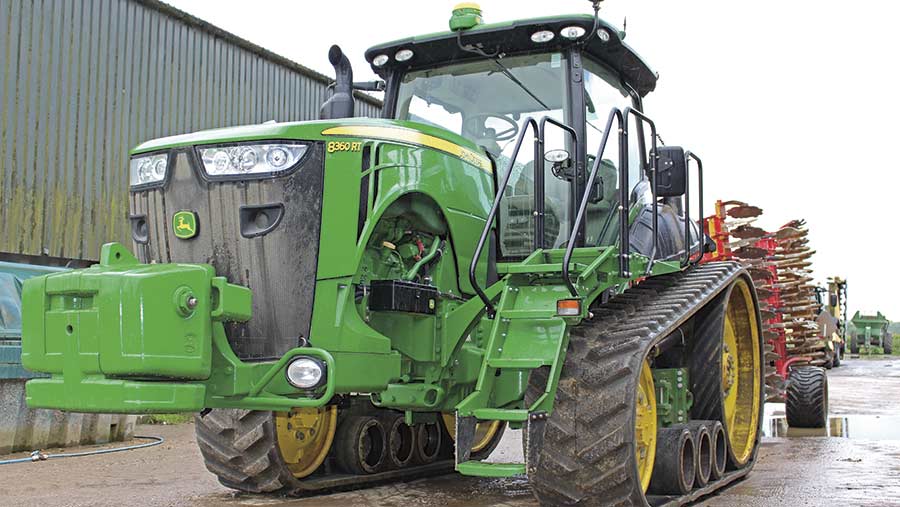 We cultivate for a local turf company and have moved away from ploughing every year to now doing two passes with the Topdown as it does a good job of burying the trash and is cheaper to run.

If there are any bits of kit that we don’t like we usually get rid of them pretty quickly.

It’s not that the machine is bad, I just don’t enjoy the job – it feels painfully slow compared with the big square baler.

Oldest machine in the fleet?

A 2007 John Deere 6930, which is the best machine I have ever owned and will probably stay with the business forever.

It’s currently on 9,500 hours and spends most of its days on the hedgecutter, but still gets roped into lugging a trailer when we are at full stretch.

Probably the time I let my main forager operator decide which self-propelled to buy. There wasn’t much difference in price between a John Deere, Claas and Krone, and we had driven all three.

He chose a JD 7350i, which lasted about six months on the farm before I sold it to Germany.

The biggest issue we had was changing the cracker, which often turned into a six-hour job. It was a badly designed system and continually blocked in the hardest to reach areas, costing us so much in downtime.

In the end, I probably lost £20,000 on that machine, though Claas helped us out that season and we have run its machines ever since.

We would like a bigger shed as our machinery fleet is growing and we try to keep everything under cover. 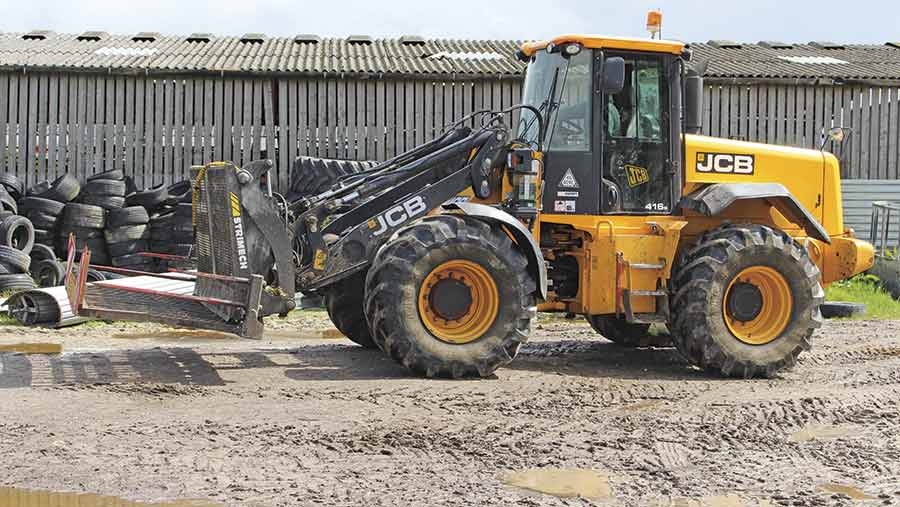 Kit-wise, our JCB 416S loading shovel has clocked 5,500 hours and is probably due to be upgraded.

We kept our previous machine for an extra year and it started causing trouble, so I’m keen to get it changed fairly soon. Its natural replacement is the new 419S, which we will demo this year.

The JD 7260R is ripe for change too, and with the three new Fastracs coming last year I think I’ll probably sell it and delay replacement for a little while.

We owned a couple of Deere 7530s and in 2013 one of them dropped its turbo into the engine. The bill ended up being close to £12,000, but our dealer Farols was good and we ended up paying a fraction of the repair cost.

What tool couldn’t you live without?

Last year I bought an air jack to change the sprayer wheels. It’s made the job quicker and safer, and makes me wonder why I didn’t get one before. 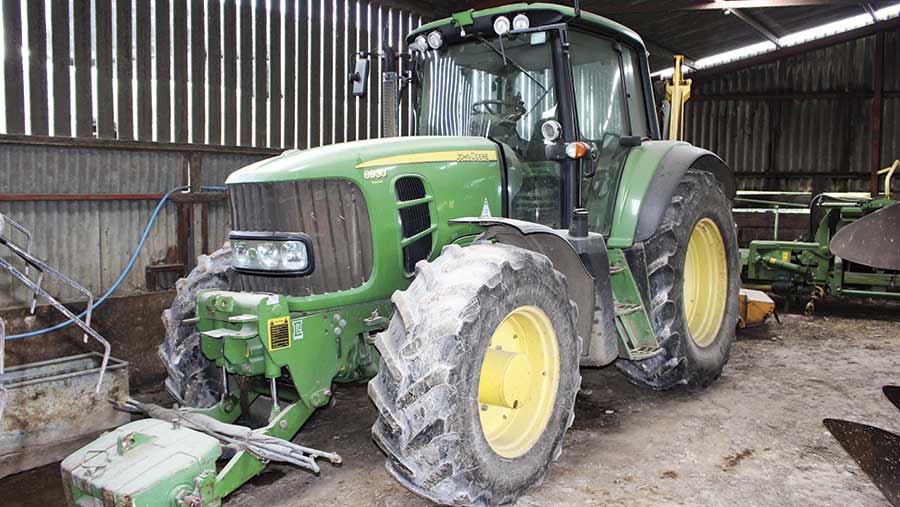 Absolutely. The cost of new machinery can be crippling so if I can save a few quid by buying second-hand then I will. That said, I’m quite particular about spec levels, so the right machine can take some finding.

In our current fleet the John Deere RT and 6210R are second-hand, as is the JCB telehandler.

Mine is combining, but the lads enjoy drilling and baling.

Paperwork – I spend about two months a year sending invoices. 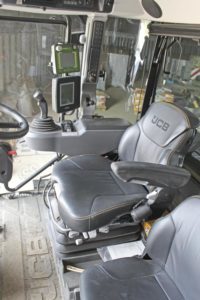 What do you drive every day?

I bought a Land Rover Discovery new in 2014, but it has only done 25,000 miles because I spend most of my time in the RT during the summer.

There was an intermittent fault on the cab suspension that meant it hardly ever worked and it also got through diesel at a hell of a rate.

We wanted it gone so Deere charged us £5 for every engine hour we’d clocked and took it away.

In the shed – AB Cornford’s fleet