A Worcestershire arable farmer has come up with a novel new way of keeping his crops free from bird damage.

Chris Cooke, who farms 80ha of arable land alongside a substantial contracting business, noticed that pigeon shooters hiding under the hedge startled the birds with the slightest movement.

This led him to design a scarer to mimic the look of the gunmen, but without using a traditional gas banger that might disturb nearby residents.

First off, he took a photograph of a person shooting and, with the help of a local blacksmith, set about creating a silhouette of the man out of sheet steel. 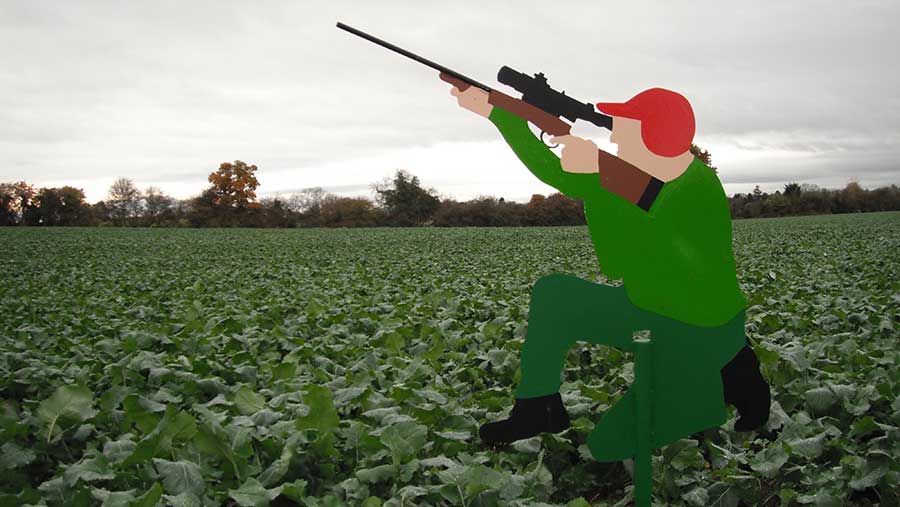 His structure was then mounted on a spherical base via bearings that allow it to spin around in the wind like a weather vane.

A spike on the base holds the structure in the ground and the whole unit was galvanised before being painted to give a lifelike appearance.