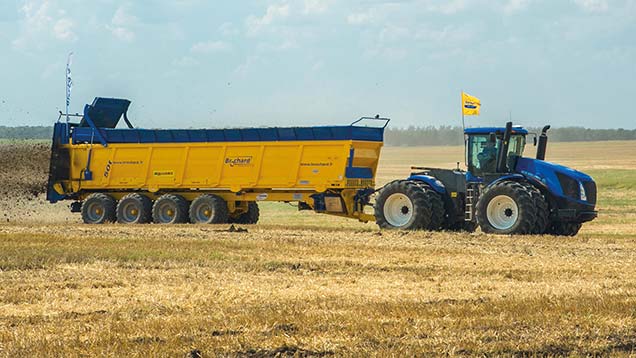 Bigger machines may have made spreading muck a quicker task than it used to be, but it’s still a job that most farmers want to get over as quickly as possible.

But even if you worked through the night, you’ll struggle to beat the record-breaking 4,217t of muck that was spread over 222ha in 24 hours on a dairy farm at Chernigov in the Ukraine last August.

How did they do it? A French-made four-axle Brochard spreader that can carry 65t at a time was probably a good starting point, tugged by a New Holland T9.615 with 613hp under the bonnet. Meanwhile a set of giant A380 radial tyres from Alliance Tire kept the whole rig on the straight and level.