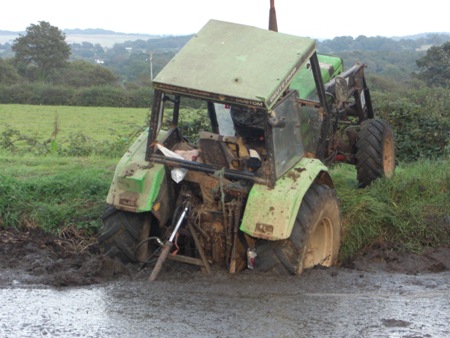 The caption sent in with this says it all:

“Father assured me he left the handbrake on. I don’t think so! Pulled the Deutz out an hour later and she refused to die.”

So, a happy ending then. Not the case for this next tractor, though

This Case Puma with just 40 hours on the clock apparently fell off a bank somewhere in Nottinghamshire. The driver was OK but the tractor looks in a bad way.