These pictures were taken 23 Aug 2006, just after 6am at R M West & Son’s Stocken Farm in Buckinghamshire. 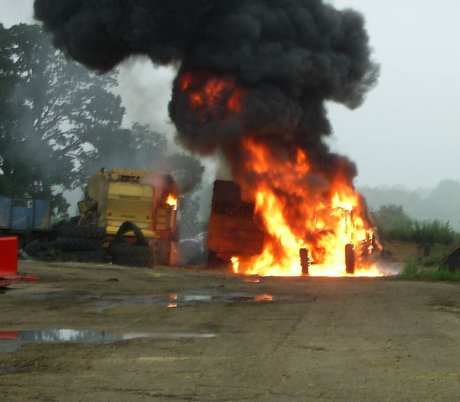 During morning feeding, the Keenan feeder burst into flames and the fire quickly took hold aided by a swift wind. 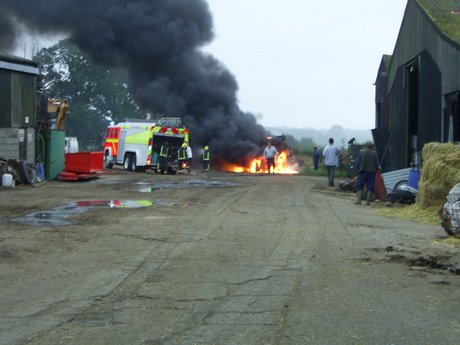 Luckily, the wind took the flames in the opposite direction to the thousands of straw bales stacked across the yard. 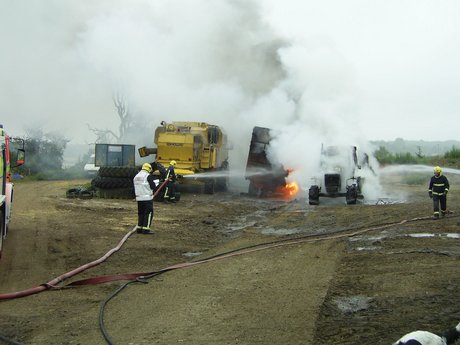 The NH8260 was a write off and the brand new Keenan was badly damaged but, like a phoenix, has returned. 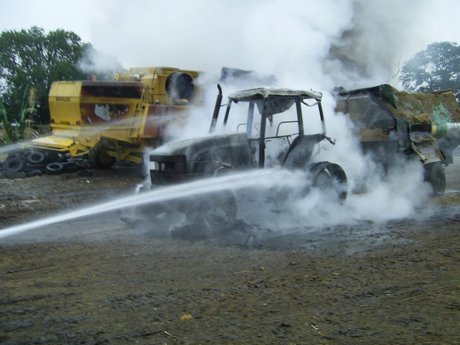 The old trailer, full of muck, was a write off and a poor trainee fireman was given the job of sifting through the contents with a fork and hose. 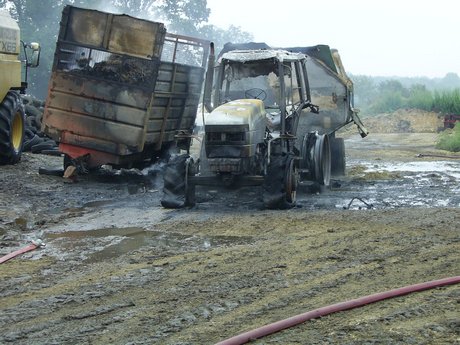 The combine, despite its back tyre being badly burnt and its fuel tank having half melted has survived and is still working – many thanks to the Buckinghamshire fire service. 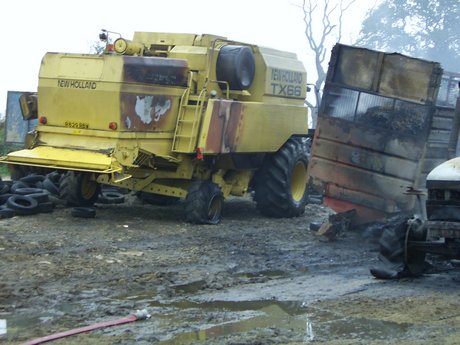 Many thanks to R M West & Sons for sending these in. If you’ve caught any amusing machinery mishaps on camera send them in with a short explanation to fwmachinery@rbi.co.uk