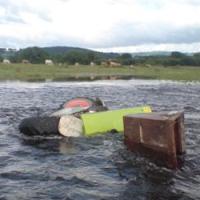 The Wreckers Yard is a part of FWi which is for readers’ pictures of disasters, wrecks and general machinery carnage.

It’s a light-hearted look at some of the “whoops” moments that happen on farms around the UK (we don’t want any pictures where there have been serious injuries or fatalities, please).

Here are a couple of the most recent pictures that have been added: 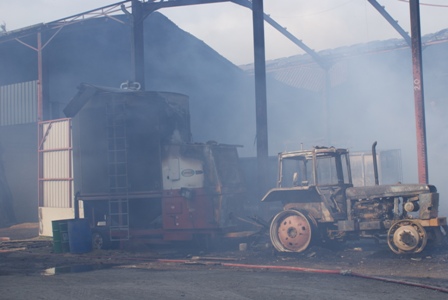 This picture from Bandit has been titled ‘Extreme grain drying’. A huge fire at Netherwood Estate, Herefordshire in the bale barn took out about 1000t of wheat, a John Deere tractor and mobile grain drier and gas tank that went off like a rocket. 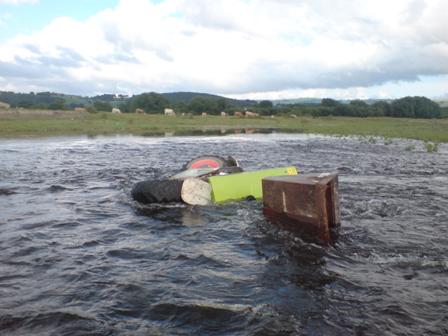 This picture from New Holland t6030 shows a Claas loadall which was being used to fetch gravel from the other side of the river and the driver failed to spot a large hole. The driver managed to squeeze out the door and the machine was recovered after eight hours.

Have you got a picture you think should be in the Wreckers Yard? You can add your pictures here or flick through the archive of Wreckers pictures.