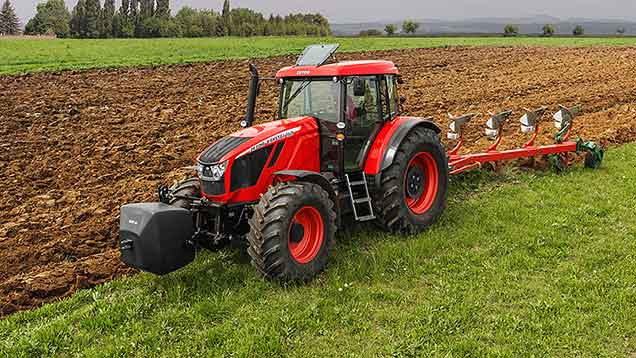 Twenty-six years after the last six-cylinder Zetor Crystal trundled off the production line, the Czech maker has announced it is coming back.

The new range will be fitted with Deutz engines, semi-powershift transmissions and will have a modern six-pillar cabin that is a far cry from the metal box fitted to its ancestor.

Power will range from 144 to 163hp and it will use AdBlue to keep exhaust nasties at bay.

In the transmission department, drivers will be treated to a 30-speed synchro box with three powershifts, a hydraulic reverser and declutch button on the gear lever. That will no doubt put an end to the constant gear graunching and clutch stabbing familiar to all original Crystal drivers.

Zetor has also used a pair of wet disc clutches to prolong gearbox life and has provided an impressive 14 gears in the most common field range.

Drivers also benefit from cab suspension, air conditioning and an opening sunroof that doubles up as a window for making it easier to use with a loader.

Wheels on all Crystal models will be painted red and the maker says the angular design is a nod to the original tractor that was launched in 1969.

The tractors are being built at Zetor’s Brno factory and will be available later this summer.