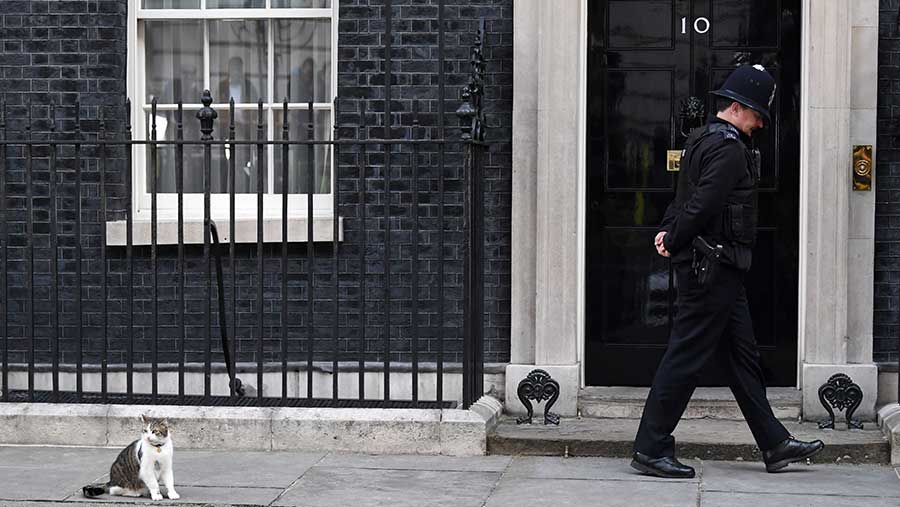 Farmers have given a colourful reaction on Twitter to the shock general election result which ended in a hung parliament.

Some farmers have expressed disappointment in how prime minister Theresa May led her campaign and called for her resignation.

Nevertheless, Mrs May is visiting the Queen at Buckingham Palace on Friday (9 June) to ask for permission to form a minority government with the Democratic Unionist Party.

Meanwhile, other farmers say they cannot bear to see any more election coverage and have decided to leave the UK for a holiday.

Here are 10 of the best farming tweets that defined how you viewed the election and the result.

Has she resigned yet? If not why not?

Sod the election… we have buggered off to Rome for the weekend!!! Yippee pic.twitter.com/BHrwC65gRU

One lot of farmers have done well in the Roberts household during the election night…..Coffee bean growers

May talks of stability; her party instigated the referendum, she invoked art 50, she called a snap election, her party created instability.

Latest voting trends suggesting it was the "angry wheat farmer vote" that swung it for Labour #GE2017 #GeneralElection #BBCelection pic.twitter.com/VoTGDtlt19