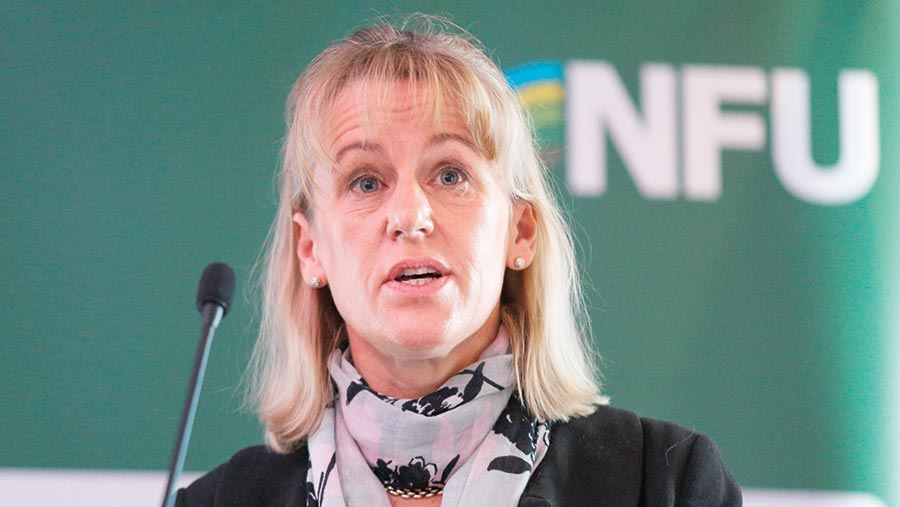 This week’s NFU conference was the biggest ever – bringing more than 1,500 delegates to the centre of Birmingham for two days that mixed farming business and pleasure.

We look back at some of our favourite highlights from Twitter below.

The Defra secretary is one of the few key politicians to deliver a keynote speech to NFU conference without making any major announcements. Yes, there were hints about future policies but there was no “Big Reveal” – prompting a wry observation from National Pig Association advisor Ed Barker:

Michael Gove at #NFU18: ‘Today I will announce some announcements that will shortly be announced’.

2. … but Mr Gove knows which side his bread is buttered. Despite having little to say of substance, he is a dab hand at making his audience feel warm inside. “Gove is a politician who can face four directions at once,” remarked one conference delegate.

“I admire farmers as stewards of the countryside”. Secretary of State, @michaelgove, delivers his speech at #NFU18. #GreenBrexit https://t.co/bOTLEkkzhG pic.twitter.com/LYQDTZwPfN

3. Vegan activists prefer to hurl abuse at farmers from a computer keyboard rather than confronting livestock producers face to face and having a reasoned debate.

4. Great British food can be fed to a great many people. More than 1,200 people sat down to a fantastic dinner on the first night of the conference – the most yet at the best-attended NFU conference ever, with 1,500 delegates. But some people still prefer chips.

Home from a great @NFUtweets conference congratulations to @barford100 @essexpeasant and @HertsFarmer top team I think for what is a important time one request though can we have chips next year at #NFU19 so it’s better than #NFU18 pic.twitter.com/A1Zyr44i17

5. After-dinner speaker, comedian and actor Miles Jupp can do a mean impression of Michael Gove. We were laughing too much to take a photo, but it’s clearly something he’s done before.

James and Jupp is probably the laziest comedians-travel-somewhere-and-chat tv programme’s but it’s made endearing by the charm of the two hosts. Miles Jupp’s impression of Michael Gove is cracking too pic.twitter.com/JXeWxdJen9

6. The Walkabout bar on Broad Street was the place to go after hours – and for some last-minute canvassing ahead of the NFU leadership elections.

Well done @nfu @nfu_farmsafety . Never seen so many farmers wearing hi-vis before. Let us hope they carry on wearing them around the farm yard, and in the fields back home, after #NFU18.
Hi-vis farmers launch #SeeItChangeIt safety campaign https://t.co/RVOmOBbKcu

8. Statistics can be memorable – and thought-provoking too. We’ve some of the world’s most fertile farmland – and rightly make the most of it.

For ever acre of wheat we don’t grow in the U.K. the rest of the world has to grow a hectare. Brilliant point by Jack Watts #NFU18 pic.twitter.com/T80iiWoEhA

9. Meurig Raymond will be a much-missed farm leader. You’re nobody these days unless you’ve got your own internet meme – and it didn’t take long for one to appear after Mr Raymond stood down as NFU president following a final heartfelt speech.

EXCLUSIVE. First look at the moment Meurig Raymond regenerated in to the first female Timelord of @NFUtweets ! pic.twitter.com/ojYXSWWKnW

10. But the union has a strong team which has already hit the ground running. This conference will be remembered for the leadership election that saw Minette Batters become the NFU’s first female president in the union’s 109-year history – joined by deputy president Guy Smith and vice-president Stuart Roberts. All three are already hard at work, with Ms Batters travelling to Brussels the next day.