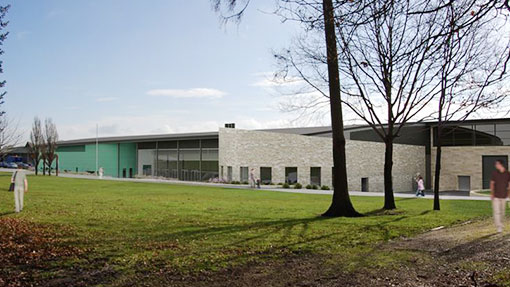 Ambitious £10m plans to transform the main hall at the Great Yorkshire Showground have been unveiled.

Yorkshire Agricultural Society (YAS) owns the site, which is used to host the annual Great Yorkshire Show and other exhibitions.

The charity has announced plans to demolish the original exhibition hall – Hall 1 – which was built in the 1960s.

It has applied for planning permission to replace the main exhibition hall with a modern building. If the application is approved, the new building is expected to open before the show in 2016.

Heather Parry, YAS deputy chief executive, said: “Hall 1 was originally constructed in the 1960s and expected to last for 20 years, so it has been a good Yorkshire investment.

“Unfortunately, it is now deteriorating so we need to replace it. Today’s visitors expect higher standards and better facilities than those of 50 years ago, so we are adding a large foyer area, a café and improved toilet facilities.”

P+HS Architects, based in North Yorkshire, has designed the new building. It also designed the YAS’s offices, the Regional Agricultural Centre and Fodder, in Harrogate.

The Harrogate Chamber of Trade and Commerce has warmly welcomed the project. Consultations have also taken place with local businesses, including the town’s hotels and guesthouses, 19 of which have written letters of support.

The Great Yorkshire Show has been held in Harrogate since 1952. This year’s show will take place from 8-10 July.