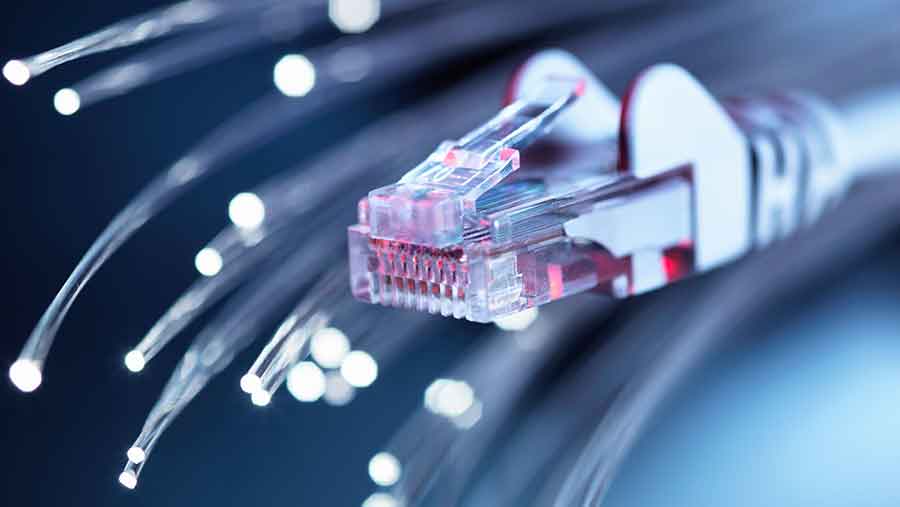 Farmers are among more than 1m UK homes and business languishing on slow broadband connections, with large parts of the country lacking decent mobile phone coverage.

Around 17% of rural premises are not getting decent broadband services, compared with just 2% in urban areas, according to a report by the telecoms watchdog Ofcom.

Broadband speeds and access remain worse in rural areas, where properties are often situated a long way from the telephone exchange or local street cabinet, it says.

Figures in the Connected Nations report also confirm that slow progress has been made in delivering 4G mobile signals in rural areas.

Eight of ten people across the countryside do not have access to 4G mobile coverage.

Only 18% of people can access 4G coverage in their rural homes and businesses compared to 64% in urban areas, says the report.

Everyone should have good access to the internet, wherever they live and work Steve Unger

Ofcom chief technology officer Steve Unger said the figures showed improvements but there was a need for further investment from mobile providers to improve coverage.

“Broadband coverage is improving, but our findings show there’s still urgent work required before people and businesses get the services they need.

“Everyone should have good access to the internet, wherever they live and work.

The Country Land and Business Association – which campaigns for better broadband for landowners, farmers and rural businesses – condemned the figures.

CLA deputy president Mark Bridgeman said: “It is ridiculous that eight out of 10 people in rural areas still do not have access to more than one of the major mobile operators.

Existing targets for mobile coverage were “pathetically unambitious,” said Mr Bridgeman, and as of January there would be no target at all.

The Ofcom figures were an indictment of the weak position that the watchdog and the government had taken with the telecoms industry, he added.

Mr Bridgeman said: “Time and again they have rolled over to industry demands and rural communities are still being cut off from the digital economy.”

Little progress had been made and it was time to look again at how the industry was being held to account for its performance on rural coverage.

“If we are to take seriously the promises made to rural people, it is imperative that new, stretching and legally binding targets are in place that match our ambition for the modern economy.”

The CLA would be seeking answers from the government and the regulator and asking MPs to look at the issue in detail, said Mr Bridgeman.