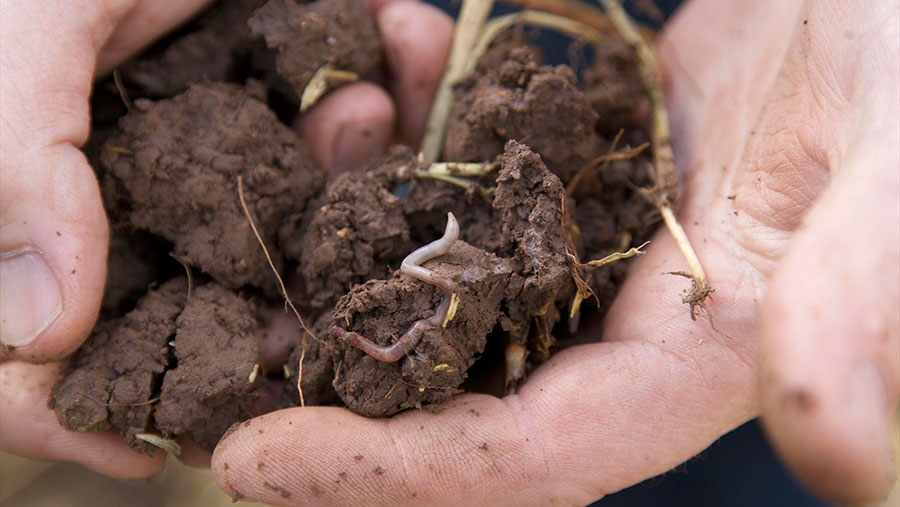 Two farmers who put soil health at the centre of their farming systems have been named as joint winners of the 2021 Soil Farmer of the Year award.

He is an early pioneer of reduced cultivation – his 2013 Nuffield scholarship was the catalyst for his enthusiasm about soil health.

The competition judges said he had been chosen as a winner for his “enthusiasm, attention to detail and fantastic soil and crop health”.

He constantly looks to innovate and improve soil health and resilience, they added.

Mr Vincent runs a herd of 100 dairy cows and followers on 130ha of permanent pasture in Dorset. He transitioned his system to organic in 2018.

He impressed the judges with his ability to make a regenerative system work on a dairy farm with permanent pasture.

Using the cattle as a tool, he has improved pasture diversity by adapting grazing management from paddock grazing to mob-grazing.

This has improved soil health and the farm’s ability to provide grazing for extended periods.

Runner-up was Antony Pearce, a Buckinghamshire livestock farmer who is trialling different techniques, including no till and cover crops.

The other shortlisted finalists were Casha Bowles-Jones, who runs an organic dairy farm in Shropshire; Jack Martin, an arable and sheep farmer from Stafforshire; Mark Oldroyd, who manages a mixed farm estate in Oxfordshire; and Suffolk arable farmer Rob Raven.