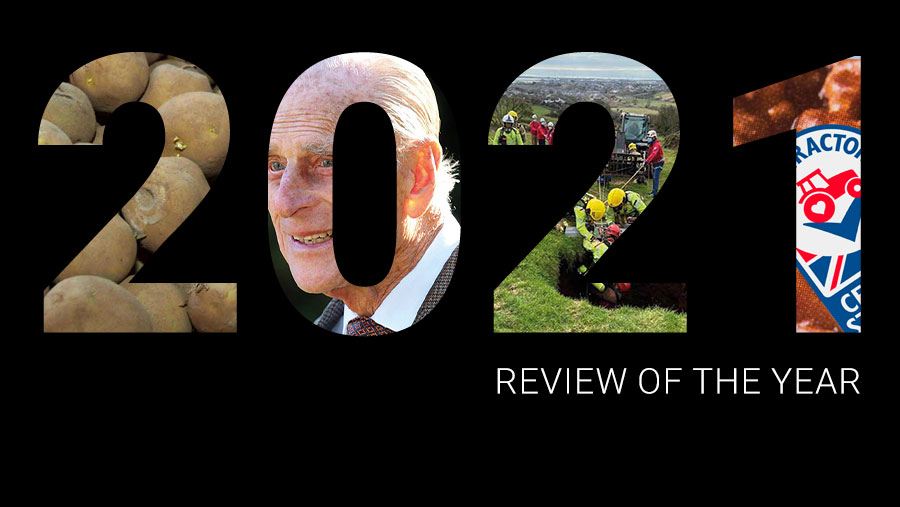 Our review of 2021 agricultural news continues with a look at March and April.

Defra was accused of rushing though plans to double TB tests, The Royal Agricultural Benevolent Institution announced their plans to sell care homes, and Prince Philip sadly passed away.

Farmers turning their cattle out in spring were asked to think twice before putting cows and calves in fields with public footpaths.

The warning from the Health and Safety Executive followed a spate of incidents involving walkers with dogs being attacked by cows protecting their offspring.

Defra was accused of rushing through plans to double the number of TB tests faced by farmers in high-risk areas of England.

An increase in mandatory testing from once a year to every six months was rolled out in Shropshire and Staffordshire from 1 March. Defra said the move would help identify infected herds more quickly. 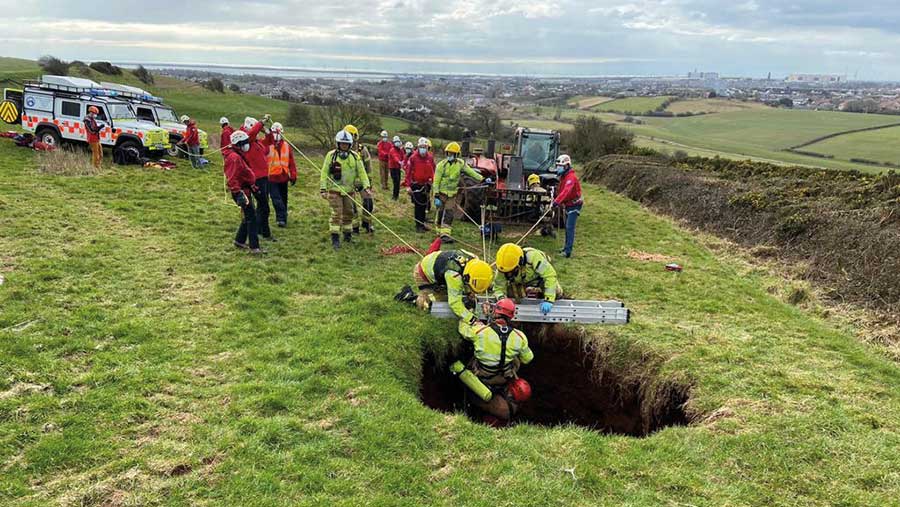 Dairy farmer John Hornby was rescued from an 18m sinkhole that opened up and “swallowed” him while he was driving his quad bike on his farm in Cumbria on 4 March.

Mr Hornby managed to call his son from the hole to get help. Firefighters and a mountain rescue team hauled the farmer to safety and he was taken to hospital for treatment to chest and back injuries.

Farmers and conservationists voiced their disappointment at Defra’s plans for the new Sustainable Farming Incentive pilot.

Some farmers suggested the level of cash available was not enough. Initial payments were to reflect what is currently paid under Countryside Stewardship, but would be updated later in the year.

Potato growers voted to scrap the continued collection of an AHDB statutory levy. Results published on 22 March revealed that, of the 1,196 votes cast, 66% were in favour of scrapping the levy. AHDB chairman Nicholas Saphir said he was “deeply disappointed”.

The Royal Agricultural Benevolent Institution confirmed it had made the difficult decision to sell its care homes in Suffolk and Somerset because they were no longer in demand by the farming community.

The homes were established in the 1980s to care for people from agricultural backgrounds.

Directors of the 2021 Royal Highland Show announced they had shelved plans for the usual show from 17-20 June due to the uncertainty caused by the coronavirus pandemic and restrictions on large crowds.

Instead, plans were unveiled for a behind-closed-doors event, streamed live online, featuring the usual show jumping, judging and competitions.

Essex arable farmer Seb Blake was conned out of £8,500 in an elaborate eBay tractor scam, but managed to get the money back after he contacted Farmers Weekly with his story.

Mr Blake was duped into buying what he thought was a 2002 Case CS94 tractor from a farm in Hook, Hampshire. The farm was real, but the seller details were fake. The Halifax bank refunded the money on 12 April. 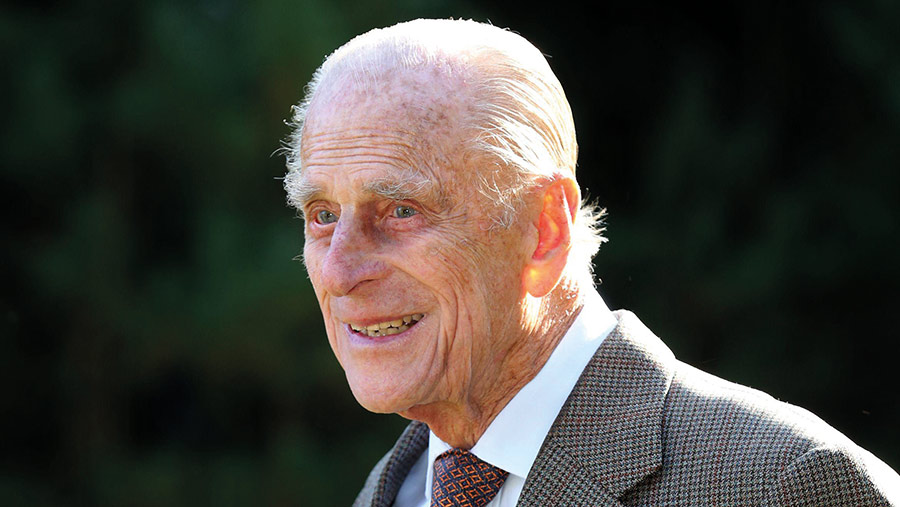 Farmers and industry leaders paid tribute to Prince Philip, who died, aged 99, on Friday 9 April. A keen supporter of British agriculture, the Duke of Edinburgh oversaw the management of all the Royal farms after the Queen came to the throne.

An East Sussex machinery dealer announced he would quit shipping abroad because of the “lunacy” involved in obtaining the plant health phytosanitary certificates needed since the UK left the EU.

Alec Holt said two Claas balers twice failed an Animal and Plant Health Agency inspection, despite being stripped down and meticulously cleaned. Mr Holt said the fiasco cost him about £2,000 in staff wages and £600 in inspection fees.

Boris Johnson was taken to task over the government’s agricultural transition plan during an April farm visit in Derbyshire.

The prime minister was warned that ongoing uncertainty about how farmers would make up lost income once the Basic Payment Scheme ended was damaging confidence in the sector.

Dairy farmer Mark Frost recorded an alarming rise in neospora infection, and said he had found the disease in a quarter of the 100 British Friesians he keeps in Norbury Park, near Leatherhead, Surrey.

This had led to 11 miscarriages in the previous eight months. The tenant farmer said an influx of dog walkers using footpaths had led to more dog faeces being left across the fields.