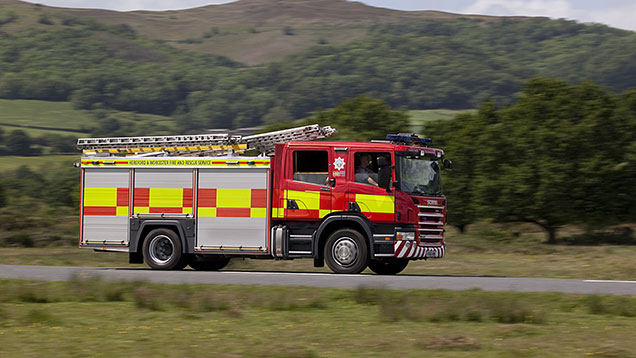 Fire crews rescued up to 500 piglets after a massive blaze broke out on a farm near York.

The flames tore through four large farm buildings on a farm in Aldwark, between Boroughbridge and Easingwold, shortly before 9am on Saturday (1 August).

Twenty firefighters were able to rescue up to 500 piglets from the buildings, apart from six that were killed in the fire.

However, three tractors, a forklift truck, a car trailer and a hedgetrimmer were destroyed in the blaze.

A fault on a JCB telescopic handler is believed to have caused the fire.

Meanwhile, five fire crews were called to tackle a farm shop blaze on a farm in Castle Cary, Somerset, on Sunday afternoon (2 August).

The fire, which was started by a cooker, led to one man being taken to hospital suffering from smoke inhalation. His condition was unknown.

Over the border in Devon, three crews were called to tackle a fire in a combine harvester on a farm in Compton Paignton.

Fire officers said the combine was “severely damaged” in the fire and 6ha of standing crops were damaged.