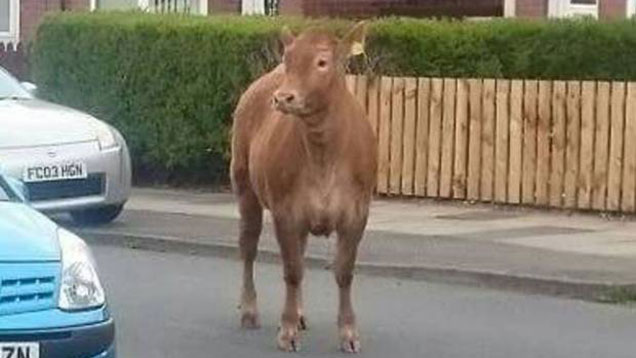 A Facebook tribute page has been launched in memory of a cow shot dead by police.

The page, called RIP Wallsend cow, was set up after armed police were ordered to shoot a cow with a high-powered rifle.

Marksmen shot the fugitive cow after it escaped from a field in Wallsend, Tyne and Wear, on Sunday afternoon (17 May).

Northumbria Police said the cow, which had escaped from the Rising Sun Country Park, was “highly distressed” and a “significant risk to members of the public and motorists”.

The page has already gained nearly 6,000 “likes”. It has also attracted dozens of comments.

Many of the comments have criticised police for shooting the cow.

Linda Forster said: “Poor thing, did they really have to shoot it?”

Maria Foreman said: “Could the police not rub their two brain cells together and come up with an idea. Like just tranquilising the poor animal and save all the cost of extra armed police and helicopter?”

Authors of the Facebook tribute page say they will hold a vigil in memory of the cow this Friday (22 May).

“Chinese lanterns are balls of fire which cause no end of damage to humans, livestock, crops, properties, aircraft and shipping.”
Eunice Finney, Women’s Food and Farming Union

The organiser has invited members of the public to turn up in cow onesies and light candles as a mark of respect for the cow.

However, their plans to set off Chinese lanterns have caused fury among farming organisations.

Eunice Finney, press officer and vice-president of the Women’s Food and Farming Union (WFU), described the plans to set off sky lanterns as “very irresponsible”.

She said: “Chinese lanterns are balls of fire which cause no end of damage to humans, livestock, crops, properties, aircraft and shipping.

“We are desperately hoping this new government will ban them once and for all. Many local councils have already taken that step.

“I will be contacting the RIP Wallsend cow support group to make sure they don’t set off Chinese lanterns. It’s very irresponsible.”

The WFU has been campaigning for a ban on Chinese lanterns for six years.

This drive has been taken up by other farming organisations, including the NFU, and featured on Countryfile and The One Show.