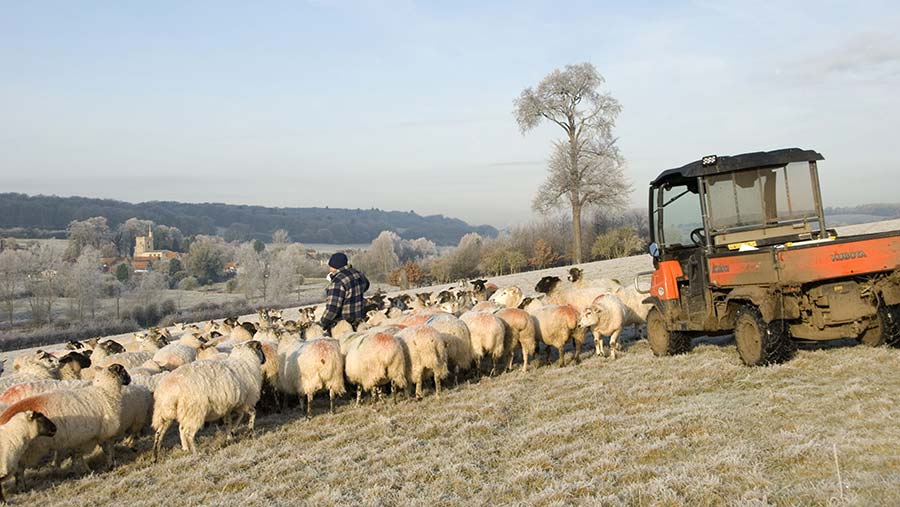 About 8,000 farmers in England are still waiting to receive their 2017 BPS money, according to the official government figures.

This means the agency surpassed its own target of paying at least 90% of farmers by the end of December.

“We understand how important BPS payments are to farmers and their businesses,” said RPA chief executive Paul Caldwell.

“That’s why RPA staff have worked really hard to get money into bank accounts in the first month of the payment window, injecting just over £1.45bn into the farming and wider rural economy. I’m very grateful to them for all their work so far.

“We know there are still farmers waiting for payments and will make them as soon as we can. This month we will communicate directly with those farmers who are still to be paid to help them plan.”

The NFU is encouraged that the agency met its December payment target, but it has reiterated its call for bridging payments for farmers facing delayed payments.

NFU vice-president Guy Smith: “We are pleased to see the RPA have kept to their promise they would pay 91% of the BPS claimant population by the end of the year and we congratulate them for that.

“It should be noted in terms of the total fund, the percentage is less at 83%. As ever we haven’t forgotten the 8,000 claimants who haven’t been paid and we reiterate our demands that if these people can’t be paid in January, Defra must issue bridging payments.”

In Wales, nine out of 10 farmers received their BPS 2017 payments on 1 December. In Scotland, the Scottish government has provided a loan scheme for farmers and crofters to cover 90% of their annual CAP payment.

And in Northern Ireland, advance payments of up to 50% of individual BPS claims were made in October, with the balance paid from 1 December 2017.