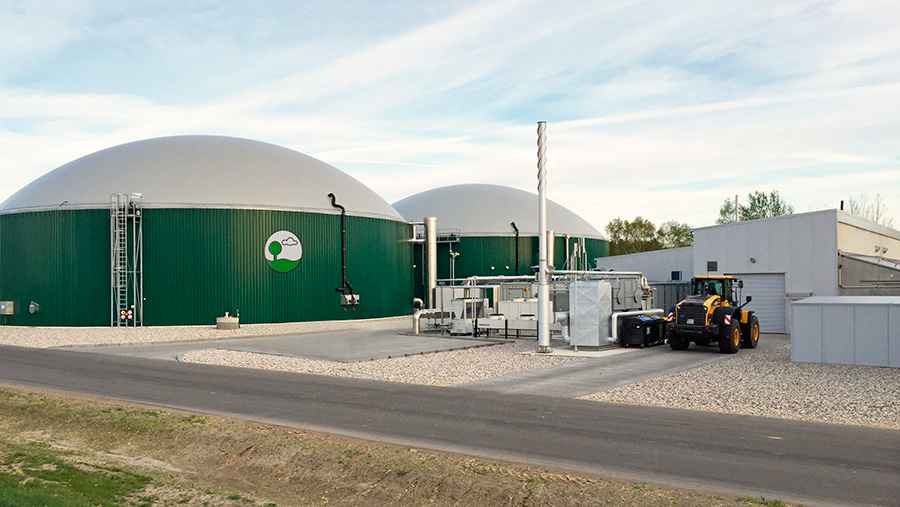 Planners have approved a scheme to build an £8m biogas plant on a farm in Northamptonshire, turning waste into energy.

Clipston Parish Council – and three other parish councils – had objected to the plans, arguing the site was too close to Grade-I-listed Kelmarsh Hall, an historic country house built in 1732.

Villagers from Clipston, Arthingworth, Harrington and Great Oxendon had voiced disapproval about the plans at the 5.33ha (13.17 acres) site.

They complained about the size of the AD plant, the risk of odour and thin access roads to and from the plant and the effect on local villages of as many as 80 HGV movements a day.

But neither Kelmarsh Hall nor the Environment Agency raised any objections to the plant.

Northamptonshire County Council approved the plans on Tuesday (28 June) despite objections from locals as long as a number of amendments were put in place.

Stuart Homewood, a director at Raw Biogas, told Farmers Weekly: “We firmly believe the chosen site is an excellent location for an anaerobic digester, 1.5km from any village, adjoining existing large farm buildings, with a gas and electrical connection and with good access to the A508.

“While all schemes of this type have objections we take comfort that our firm will be operating this plant for 25 years, and that we will build up trust with the local community over time.”

He added: “It is important to note there are often concerns that schemes of this type will have a noticeable impact on the UK’s ability to produce food.

“In the Defra report (PDF) of December 2015, the area of land used for AD feedstock was 0.7% of the UKs farmable land.

“By comparison currently 2.5% of farmable land in the UK is [made up of] golf courses.”

How will the Kelmarsh AD plant work?

AD to produce biomethane for injection into the grid is an evolution of conventional AD technology.

For the most part the process is the same, however as opposed to burning all of the raw biogas in a combined heat and power (CHP) unit, the vast majority of the gas is “upgraded” or cleaned to create biomethane.

This biogas must reach at least 97.4% biomethane content for the National Grid to approve it for use, and subject to this being achieved then the gas is odorised (to give it the conventional gas smell), and pumped into the grid network.

This is important as  compared with natural and fracked gas, which contains hydrocarbons stored over potentially millions of years, Raw Biogas only releases carbon captured in the last year, with it recaptured in the following crop cycle.

This, the company claims, means it is a more environmentally friendly option than natural and fracked gas.

The feedstocks will be primarily hybrid rye, grass silage, cattle slurry and maize.

However, the plant is flexible enough to accept almost any agricultural waste or crops.

Blackgrass is the biggest challenge for Northamptonshire’s farms and seriously damages yields.

A farmer incorporating an energy crop into their rotation for AD can harvest before the blackgrass seeds have a chance to fall into the soil, greatly improving subsequent crops, the firm said.

The by-product of this process is digestate, which is quickly becoming a sought after agricultural fertiliser due to its nitrogen accessibility, its low carbon cost, and its modest price, Raw Biogas added.