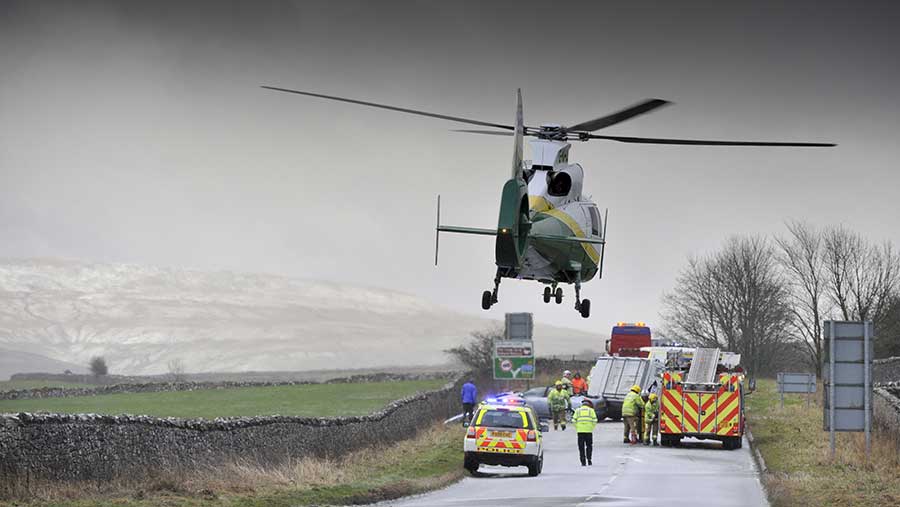 Agriculture has the highest fatal accident rate of all British industries, according to the latest annual figures from the Health and Safety Executive (HSE).

Out of 137 people killed or fatally injured in workplace accidents last year, 27 worked in agriculture, according to provisional statistics published on Wednesday (5 July).

Only the construction sector suffered more fatalities, with 30 people killed during the same year.

But because fewer people work in agriculture than in construction, farming has a higher fatality rate.

The fatal injury rate for agriculture is 18 times higher than the five-year average for all industries.

While we are encouraged by this improvement on the previous year, we continue unwaveringly on our mission to prevent injury, death and ill health by protecting people and reducing risks Martin Temple, Health and Safety Executive

Across all industries, fatal injuries to workers have halved over the past 20 years.

Farming fatalities reflect this decline – the number of agricultural workers killed during 2016-17 was two less than the five-year average.

HSE chairman Martin Temple said: “Every fatality is a tragic event that should not happen.

“While we are encouraged by this improvement on the previous year, we continue unwaveringly on our mission to prevent injury, death and ill health by protecting people and reducing risks.”

The fatal injury rate for self-employed workers across all sectors is more than double that for employees, accounting for more than one in four deaths.

Again agriculture fares badly, accounting for 44% of all fatal injuries to self-employed workers, compared with 29% for construction.

The new figures for 2016-17 also highlight the risks to older workers.

About one in four of all fatal injuries were to workers aged 60 or over – even though these workers only made up about 10% of the workforce.