Barely a month seems to pass these days without another high-tech start-up company promising to revolutionise the world of agriculture.

Precision farming, agricultural technology and data driven applications seem to have captured the imagination of scientists and entrepreneurs like never before – with potentially big rewards at stake in the race to feed a growing global population.

East Anglia has long been at the forefront of farming, certainly since the original agricultural revolution in the 18th and 19th centuries.

Today, it is at the forefront of another revolution, centred on the A11 that runs between Cambridgeshire and Norfolk. 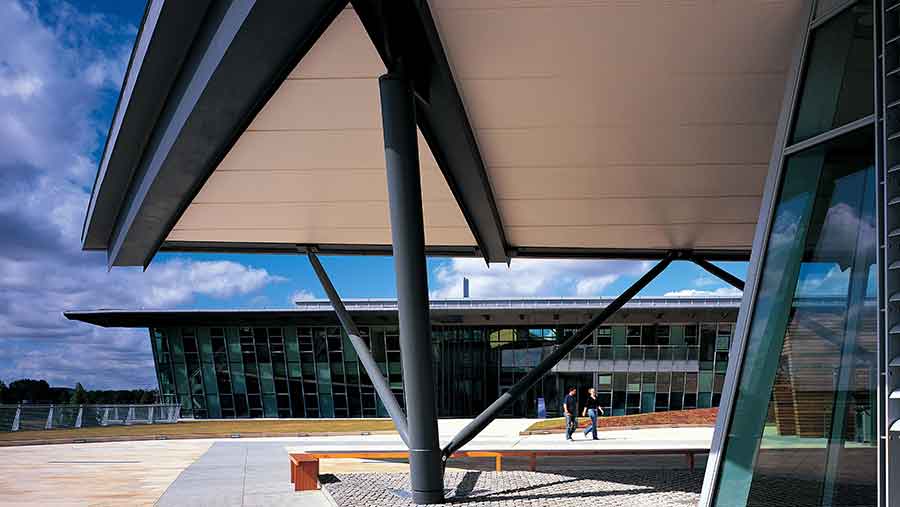 With world-renowned research bases in Cambridge and Norwich – and globally acclaimed food, farming, engineering and IT sectors – the A11 corridor has been likened to a Silicon Valley for agriculture – with the potential to pioneer a new low input, high output industry.

That is certainly the belief of Mid-Norfolk MP George Freeman, who helped launch the government’s agri-tech strategy back in 2013. A major policy shift that supports modern high-tech farming could bring huge benefits for East Anglia, the UK and the world, he says.

“The Norwich-Cambridge corridor has the potential to become in agri-tech what Cambridge has become in biomedicine – a world class ‘cluster’ of research, innovation, high growth companies and exciting new career opportunities.”

The concept of a growth corridor is not new. Probably the first and most widely recognised is California’s Silicon Valley in the early 1970s – highlighted in a recent report published by Norfolk County Council, which hopes to emulate that success closer to home.

The creation of an A11 technology corridor – with the aim of securing substantial economic growth, focusing on advanced manufacturing, engineering and agritech – could create up to 14,900 jobs and generate £558m in additional gross value added, says the document.

The corridor is already home to several agri-tech start-ups – as well as established and world renowned agri-research institutes, including the John Innes Centre, the Institute for Food Research and the National Institute for Agricultural Botany (Niab).

Some research centres have been here longer than others. While Cambridge seems to be the favourite place for start-ups, this year marks the 50th anniversary since the John Innes Institute moved from Hertfordshire to its present home on the outskirts of Norwich.

Known as the John Innes Centre since 1994, it has since grown into a global centre of excellence in plant and microbial science. A report by Brookdale Consulting in 2013 estimated that JIC wheat research alone contributes £400m to the UK economy and £8.7bn to the global economy annually.

The institute now houses world class scientific equipment and employs over 300 staff. JIC’s research facilities and its reputation for excellence have meant that Norwich has become home to some of the best plant and microbial scientists in the world.

The centre has gained much from being based in Norwich, says JIC director Dale Sanders – including collaborations with other nearby research institutes, the Norwich Research Park, and from its relationships with local communities, businesses, schools and colleges.

“Our world leading status means we are able to attract the best scientists from all over the globe to live and work here. We have 41 different nationalities of staff at JIC, who have contributed to the richness and diversity of Norwich and the region.”

But it is important to recognise the work of agri-research institutes outside the corridor too. Rothamsted Research, for example, based at Harpenden, Hertfordshire. Further afield, places like the Moredun Research Institute are also undertaking world class agricultural research.

The long-established research axis between Cambridge and Norwich is a great core on which to build, says Belinda Clarke, director of Agri-Tech East, which brings together farmers, researchers and entrepreneurs within the agri-tech sector.

“Cambridge and Norwich are both major research epicentres, but in terms of the growers, farmers and innovative business, they really spill out from those two cities and there are a huge number of farmers up and down the A11, across the fens and beyond,” she adds. 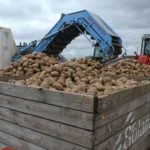 Potato growers can now receive timely yield forecasts and predicted crop values in the field by using their smartphones to capture images of plant growth.

This is important in a market where consumer preferences for potatoes are becoming more specific. Rapid changes in demand for both small salad potatoes and larger bakers, for example, can have a big impact on crop values and profit.

Building on work at Niab’s Cambridge University Farm, enhancements by Rothamsted-based Agrimetrics to the Potato Yield Model (PYM) harness data about variety, solar radiation and canopy development to predict the total yield and size of potato tubers at harvest.

With contracts for potatoes often agreed well in advance, everyone in the supply chain benefits by knowing whether there will be a shortfall or surplus in supply. Robert Allen from potato growers GreenVale AP, who has been using yield forecasting for four years, says it is invaluable.

Researchers from across the region teamed up with colleagues from the US to help speed up the development of higher-yielding wheat varieties with better disease resistance.

Wheat yields have remained virtually static for almost two decades. In a bid to help beat the 20-year plateau, the scientists catalogued 10m mutations and made them available to seed breeders working to improve wheat quality and obtain larger grains with higher nutritional value.

The team involved scientists from the Earlham Institute, the John Innes Centre, Rothamsted Research and the University of California. Project funders included the Biotechnology and Biological Sciences Research Council and the US Department of Agriculture.

Dr Ksenia Krasileva, group leader at the Earlham Institute and the Sainsbury Laboratory, says: “Breeding better wheat is an ongoing major challenge that we need to meet to keep agriculture sustainable and produce varieties that are well adapted to changes in global climate.” 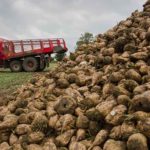 More data-driven farm software products are being built on a platform developed by KisanHub, a Cambridge-based start-up which recently raised US$1m in investment.

The fledgling company has developed a farming enterprise software platform that it says can simplify complex decisions to help make agriculture more predictable and profitable, helping farmers use data to grow more while using fewer inputs.

The word “kisan” means “farmer” in Hindi. With NIAB as a strategic partner, Kisanhub plans to make its technical solutions available to the wider agricultural community as it brings its data science and software expertise alongside Niab’s plant science and research.

The company is also working with the British Beet Research Organisation to monitor sugar beet trails. And it has developed a crowdsourcing app to help understand the impact of cabbage stem flea beetle on oilseed rape establishment. 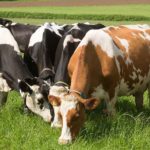 Entrepreneurial scientists from Cambridge University are connecting cows to the internet, using special collars that monitor movement and help farmers detect when the animal is sick.

Trialed by the Croxton Park Estate, the Smartbell concept aims to save farmers money by improving animal welfare and reducing costs. It was conceived during a Cambridge Venture Weekend organised by the Accelerate Cambridge start-up programme.

Those behind the project estimate that a 300-cow dairy herd could save as much as £40,000 by using the collars. As well as cow activity and movement, the collars can be used to monitor rumination, oestrus detection and lameness.

The collars will be among the innovative products exhibited by Smartbell and Agri-Tech East at next month’s Royal Norfolk Show. Following a product launch for dairy cows, the aim is to develop the collars for use with other livestock too. 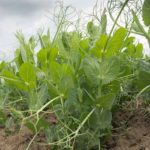 Scientists at the John Innes Centre have developed peas that will help animals absorb more protein from their diet – and reduce the need to import soya.

Claire Domoney and her team used non-GM methods to develop peas will reduce farm feed costs while giving the same or higher nutritional benefit as standard peas. They will also reduce pollution because better digestion decreases the nitrogen content of livestock manure.

Once commercialised, the new peas are not expected to have a different taste, as the proteins that have been removed are not linked to the development of flavour. Neither are they expected to cost more than currently available conventional peas.

Developed in 2015, the new peas could be widely available by 2020. Peter Smith, of seed breeders Wherry & Sons, says: “We must remain focused on producing a better product in comparison to imported pulses and protein crops.”