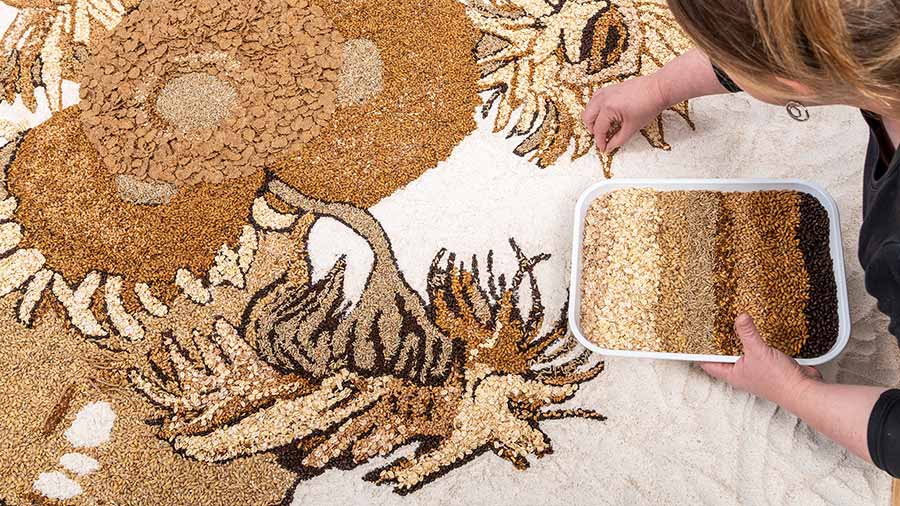 The AHDB is looking to encourage the consumption of whole grains with a new “Beige is Beautiful” multimedia campaign.

The levy-funded initiative forms part of the AHDB’s wider #WeEatBalanced campaign and aims to close the gap between the recommended daily fibre intake of 30g for adults and the actual UK average of just 18g.

“The public is well educated on eating five fruit and veg a day, and is encouraged to ‘eat the rainbow’, with social media flooded by bright and colourful food pictures,” said a spokeswoman. “We also want to give ‘beige’ foods the spotlight.”

The cornerstone of the new campaign, which runs for the rest of June, is a piece of iconic art, made entirely out of whole grains and grain products to help convey key messages to consumers via social and traditional media.

The image and various messages can be downloaded from the campaign website to share on social media, along with the hashtag #beigeisbeautiful. 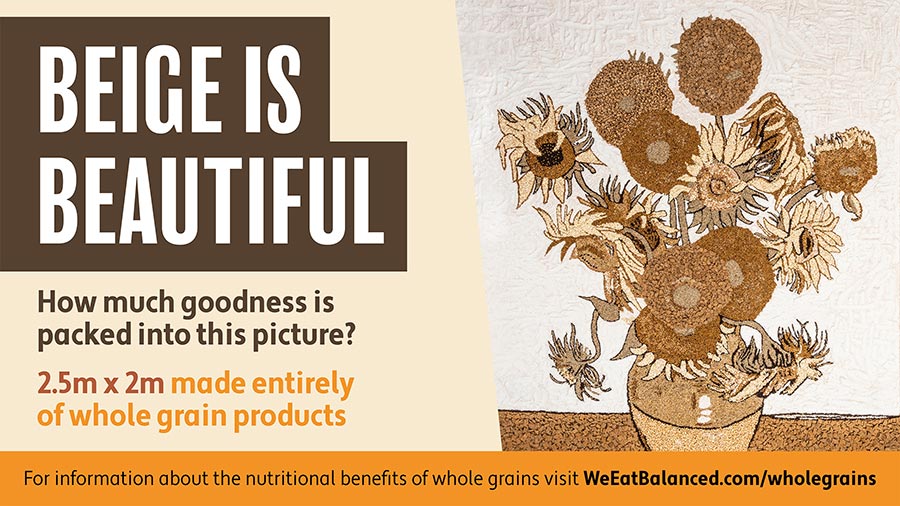 The campaign is also drawing on the expertise of GP and AHDB Food Advisory Board member Gill Jenkins.

“Whole grains play an important part in a healthy and balanced diet, providing a good source of dietary fibre and other nutrients we need for good health,” she said.

“UK government guidelines advise adults should have 30g of dietary fibre a day, as this is associated with a lower risk of heart disease, stroke, type 2 diabetes and bowel cancer.

“Currently, adults in the UK only eat around 20g fibre a day, so most of us need to increase our intakes,” Dr Jenkins said.

AHDB cereal and oilseeds strategy director Martin Grantley-Smith said the campaign built on the organisation’s “We Eat Balanced” work earlier this year, which ran across TV, social media and print in January and February with a budget of £1.5m.

It aimed to remind consumers of the role red meat and dairy can play in a balanced diet, highlighting both as a source of vitamin B12. It also emphasised that red meat and dairy from Britain is among the most sustainable in the world.

The positive messaging resulted in a notable uplift in consumer perceptions about the eating benefits and sustainability credentials of both red meat and dairy at a time when others with an anti-livestock farming agenda had been spreading misinformation, the AHDB claimed.

Over the course of seven weeks, #WeEatBalanced generated 80m impressions on social media, reaching 10 million consumers. It also reached six million people in print and 2.5 million through video on demand.