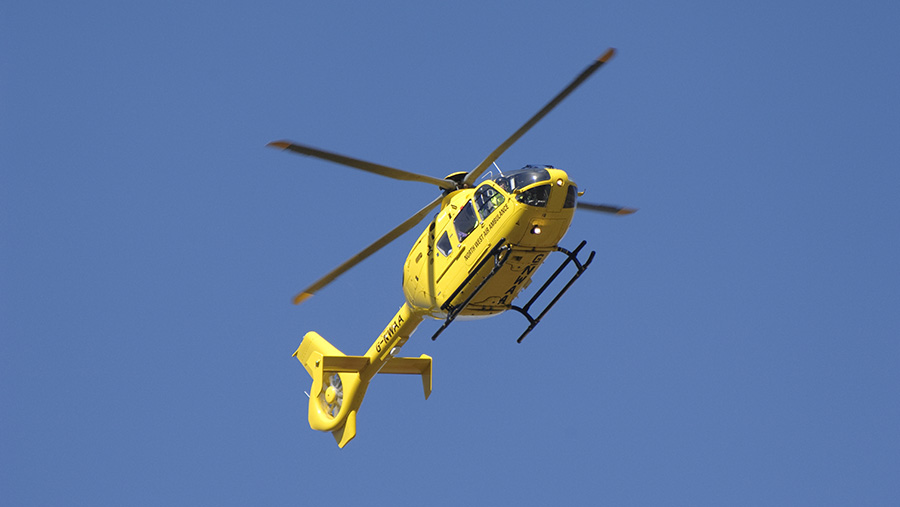 A farmer has been rushed to hospital with serious head injuries after his tractor collided with a gate.

The 49-year-old was found near the tractor by police after the incident in Sussex on Sunday, 7 January.

He had been knocked unconscious and the air ambulance was called. He was treated at the scene before being taken by land ambulance to the specialist neurological unit at the Royal Sussex County Hospital, Brighton.

See also: How a farm contractor rebuilt his life after losing an arm

A spokesman for Sussex Police said: “At 12.28pm on Sunday, 7 January police and ambulance were called to Lambleys Lane, off the A27 Sompting bypass, near Worthing, where a farm tractor appeared to have collided with a gate.

“A 49-year-old man from Bramber, believed to be the driver, was found nearby, unconscious and with serious head injuries. He was taken by ambulance to hospital and detained for treatment.

“The circumstances are still being investigated.”

Anyone with information is asked to contact Sussex Police online or by phoning 101, quoting Operation Standen.

A spokesman for Kent, Surrey and Sussex Air Ambulance Trust said: “The air ambulance was called to an accidental injury in Worthing.

“An adult male sustained a head injury and was treated at the scene by the air ambulance’s doctor and paramedic, before being taken to hospital by land ambulance.”