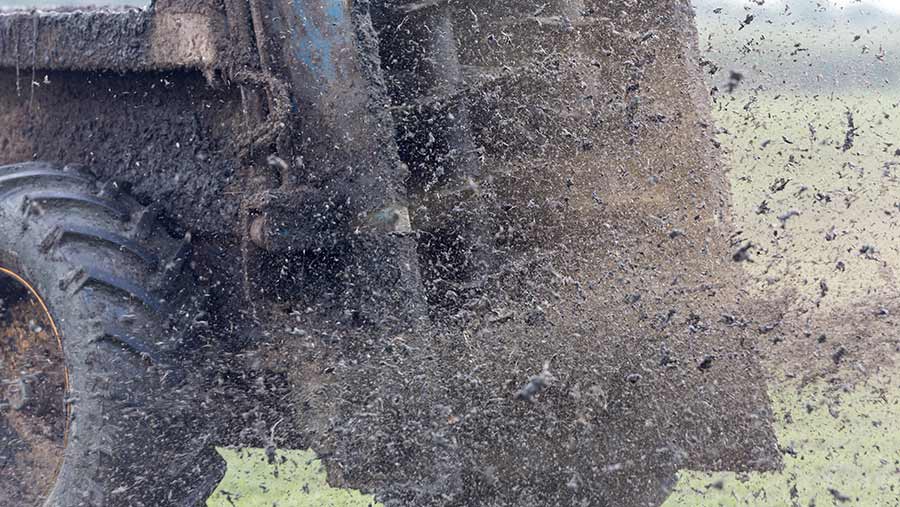 The rural community has rallied round a Cornish farmer who received a  note from a neighbour asking him to stop spreading fertiliser because of the smell.

The farmer, who has not been named, found the angry note stapled to his fence in the Marazion area from a new resident complaining about the smell caused by spraying fertiliser on his fields during the mini heatwave last month.

The neighbour threatens to report the farmer to the Environment Agency if he does not stop fertilising in the heat.

The letter reads: “To the farmer. I can smell the spraying of fertiliser on neighbouring fields.

“It is entirely unreasonable, in this heat, to expect residents to not be able to open their windows due to the smell.

“Aside from this I have a 60th birthday party this weekend and wish my guests to be able to celebrate in my garden.

“Please do not spray this field in this heatwave or I will have to ask the Environment Agency to deal with the matter.” 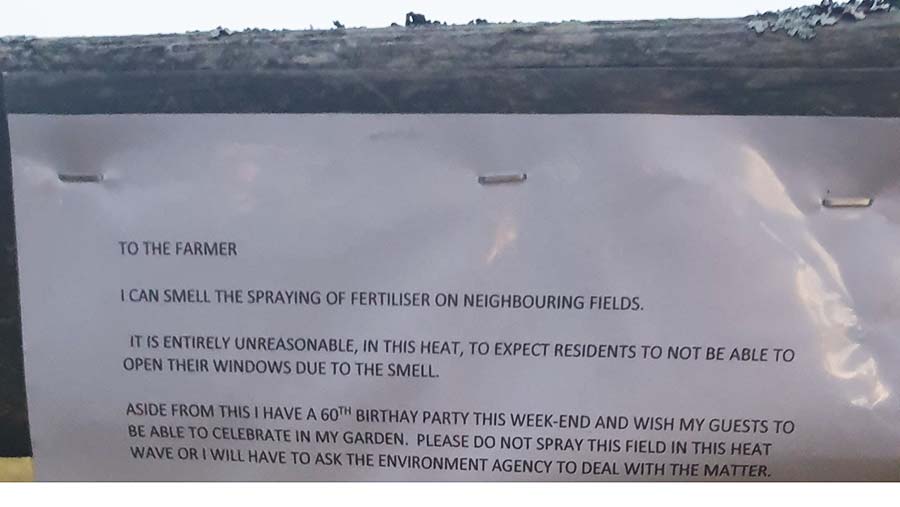 The Cornish nationalist group Kernow Matters to Us (KMUS) has posted a photo of the letter on its Facebook page, saying: “We naturally felt sorry for the farmer.”

The group says: “He’s lived in Cornwall all his life, as doubtless did his forefathers, and they’ve worked the land and kept the food chain going despite wind or weather, dry or rain, hot or cold.

“Then the new residents move in. They are from ‘up country’ of course and with their big money, purchased a number of properties.”

KMUS said that since posting the letter, it had received other similar reports from farmers, including “a person who had kept chickens for 40 years subject of noise complaints from the incomers, a man who kept beehives who ended up dealing with a bow wave of complaints from the new ‘up country’ neighbours, and so on”.

The group asks when outsiders will realise that the food and farming industry is “not tourism”?

It adds: “We’d be in a sorry state without the farmers, fishermen and food producers. In fact, there would be no parties and we’d starve!”

More than 900 people have posted “likes” and messages of support for the farmer.

One resident said: “If it wasn’t so serious it would be laughable. Did they really think that living near a working farm there wouldn’t be smells?

“The ignorance of some of these people is beyond stupid. Oh, and to the farmer, thank you for all your hard work keeping us fed.”

Another said: “Let me know when you next plan on spreading. I’ll get a big group together and clap for you as you do it.

“Our farmers are our unsung heroes. These idiots would soon complain if there wasn’t any food in the shops, or perhaps they think Harry Potter waves his wand and it appears?

“The arrogance of some people.”

Got a view on this? Email our Letters editor Philip Clarke at philip.clarke@markallengroup.com