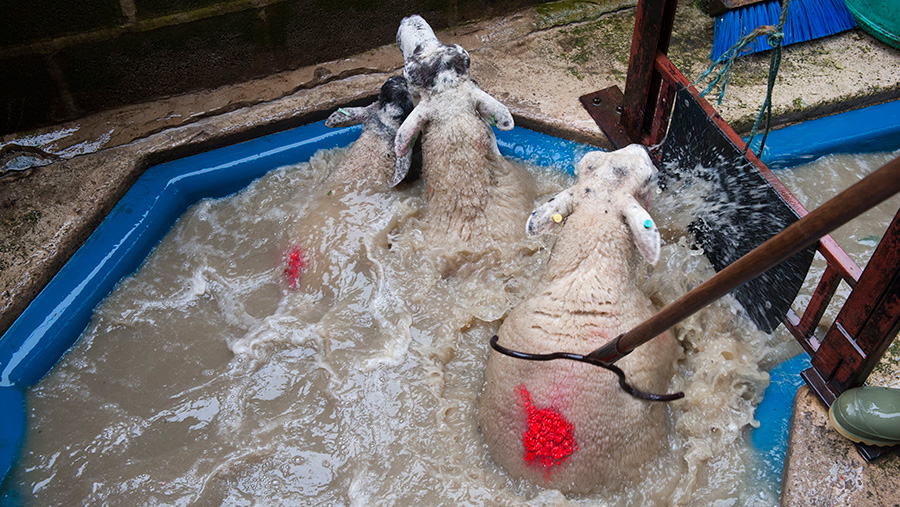 Farmers who were tested for poisoning in the early 1990s following exposure to organophosphate (OP) sheep dip are being urged to contact campaigners.

The Sheep Dip Sufferers Support Group is a volunteer organisation campaigning for better diagnosis and treatment for all those affected by OPs used in agriculture.

The group is looking to get in touch with farmers who were tested for OP poisoning at Guy’s Hospital, London.

Following a freedom of information request, campaign co-ordinator and Lancashire farmer Tom Rigby has obtained three sets of anonymous results from farmers who were tested at the Guy’s Hospital poisons unit in 1991, 1992 and 1993.

“They are only identified by age, date and chemical used and we would like to pass on to farmers their individual results,” said Mr Rigby.

Tests were paid for by the government but farmers were not sent their results at the time, although their GP was informed if known, he added.

An interim report written in August 1993 showed that OP poisoning was confirmed in every case where the data was complete, said Mr Rigby.

“For the first time, it reports chronic symptoms lasting for 10 years or more,” he said.

Mr Rigby said some people with confirmed cases of OP poisoning were invited back to Guy’s Hospital for further tests conducted by a chemical weapons expert from Fort Detrick, USA.

But he doubted whether results from those tests would ever be released.