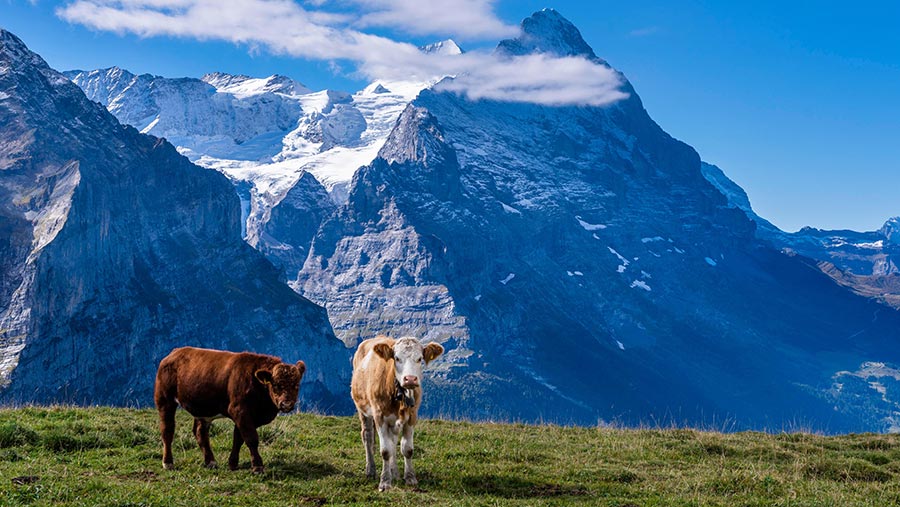 An Austrian farmer has been handed a massive fine after a hiker was trampled to death by suckler cows on his land.

The court heard that a German tourist, 45, had been hiking in the Pinnistal valley area of the Austrian Alps in July 2014 when a herd of cows became agitated by her dog and attacked her.

The woman, from Rhineland-Palatinate, had fixed the dog leash to her hip. She was trampled to death after the herd of cows wanted to protect their calves, the court was told.

The farmer maintained that he had put up warning signs, but the judge still ruled that he had been negligent and fenced-off areas for the protection of the public were necessary.

Shortly after the ruling, the Tyrolean chamber of agriculture released a statement saying the hefty fine was a “massive threat to Alpine farming”.

The chamber’s president, Josef Hechenberger, described the death as “extremely tragic”, but said the verdict was “surprising and incomprehensible”.

The guilty verdict would certainly make some farmers think about not putting their livestock out to the pasture, said Mr Hechenberger. Alpine farmers earn, on average, about €20,000 (£17,260) a year.

“The farmers do not want to create the backdrop for the guests with their alpine dairy, and then bear the risk of being faced with claims for damages in the event of accidents,” he added.

In the future, if farmers are obliged by law to put up fences it could threaten their viability and “in many places, mean the end of pastoral farming”.

Criminal proceedings against the farmer in relation to this incident had previously been dropped. But the farmer was found guilty in this instance after years of civil law litigation.

In the UK, fines of up to £450,000 can now be applied to farming companies with a turnover of up to £2m who are found to have breached the Health and Safety at Work Act 1974.