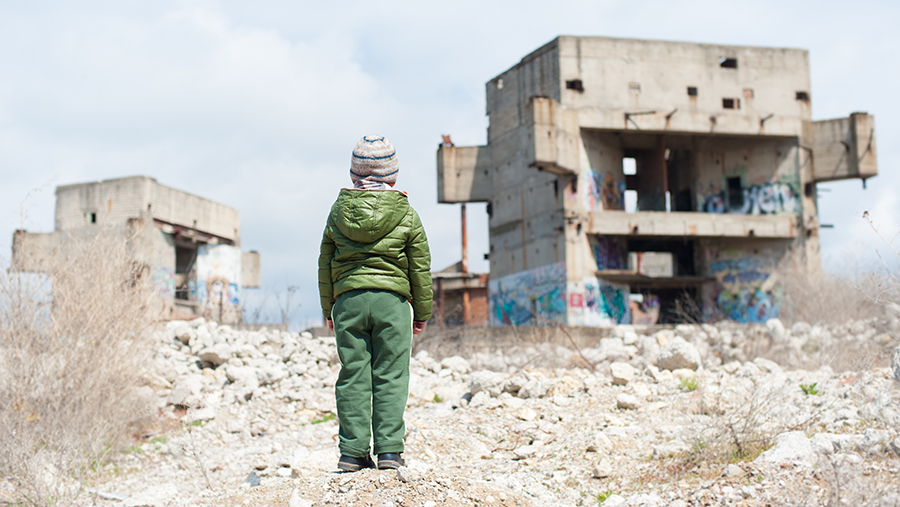 A Scottish dairy farm is collecting essential supplies to send to Poland’s border with Ukraine to help provide aid to people fleeing the conflict.

These two pictures are of our coffee shop…100 years apart!!
Im wartime Mauchline,a wooden tank was built to remind everyone why we resisted a facist regime
Yesterday,you came out in force to once again to show that we will not turn a blind eye to our friends and neighbours pic.twitter.com/9CygHKoSWR

The farm, based in Ayrshire, is accepting supplies until 4pm on Monday (28 February) at 1, The Cross, Mauchline, KA5 5DA.

Bryce Cunningham, director of Mossgiel Farm, said: “We have been monitoring the Ukraine crisis like everyone else and seen families being split up and a surge in refugees sent to Poland.

“We have got a couple of Polish people that work here and they said that a few of their friends were trying to get some stuff across to Poland, such as clothing, dried and tinned food, etc.

“Because we have a coffee shop, we thought this would be an excellent place for the public to come and donate items that we could then put on a lorry and get over to Poland to try to help out the refugees.”

Mr Cunningham said they had been so successful that the items received so far had been enough to fill two articulated lorries.

The first lorry left on Sunday evening (27 February) and it was heading towards the Channel Tunnel on Monday morning.

Solicitors have been employed to help with the paperwork required to transport the goods from the UK across the Continent, a requirement which had been made more difficult since Brexit, Mr Cunningham said.

Other farms have been in touch with Mr Cunningham to offer help and the appeal looks likely to be widened across the central belt of Scotland.

The farm is appealing to other haulier companies for the use of their lorries and fuel companies have already been in touch to offer donations of fuel.

One food company has offered to donate 30,000 ready-made meals to the appeal, but solicitors are checking whether it would be possible to accept the donation.

“The plan was to get one lorry across there now and take it from there,” Mr Cunningham said. “But we are very much open to other ideas.”