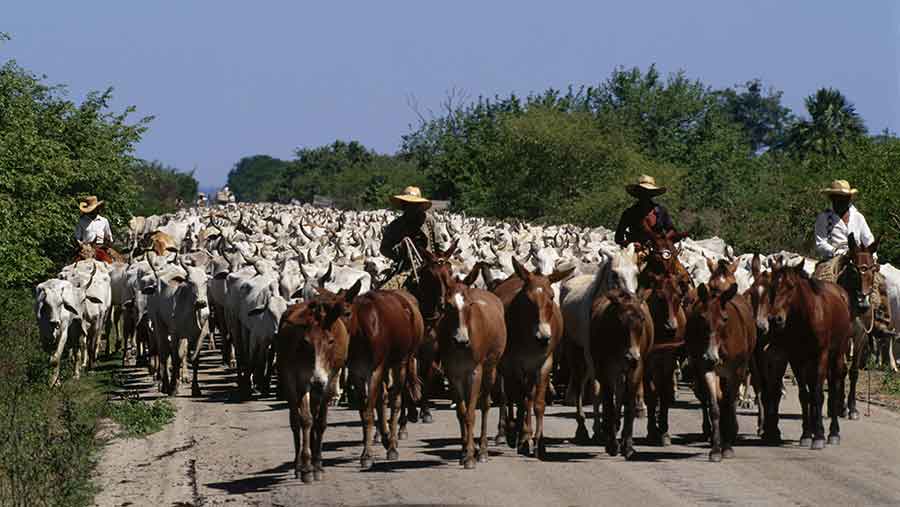 Brazil, the world’s biggest exporter of red meat, has been hit by a beef scandal that could seriously damage the country’s international reputation.

A number of meat processors have been accused of bribing inspectors to ensure rotten meat stayed on the market.

Claims have also been made that the companies used cheap products like water and manioc flour to blend in with meat before sale.

A judge in Brazil has also accused the agriculture ministry of betraying the country as police issued 38 arrest warrants following a clampdown called “Operation Weak Flesh” on Friday (17 March).

Meat giants JBS and BRF were among more than 20 companies targeted in the raids.

Brazil’s president, Michel Temer, met with dozens of ambassadors from countries that import Brazilian meat on Sunday (19 March) to reassure them the country’s beef was safe.

He pointed out that the raids affected just 21 meat packers out of almost 5,000 in the country.

He said at least one executive reported that rotten meat was mixed with healthy meat to be sold to consumers.

According to police reports, the meat companies could also chose the inspectors they wanted to visit their plants.

These inspectors would then issue the proper certificates regardless of the condition of the meat.

“We have sent a letter to the EU Commission calling for our safety standards to be met and for Mercosur countries (Brazil, Argentina, Uruguay, Paraguay and Venezuela) to ensure the individual traceability of cattle,” said secretary general Pekka Personen.

“These countries currently do not have the same standards as us.”

But the two companies at the centre of the scandal have denied the allegations.

JBS said: “The company vehemently repudiates any adoption of practices related to the adulteration of products.”

Meanwhile, an agriculture ministry spokesman confirmed that 33 meat inspectors had been suspended and that three plants had been shut down.

“We will take action to punish those who committed this,” he said. “It is not a routine problem; it is an isolated issue.”