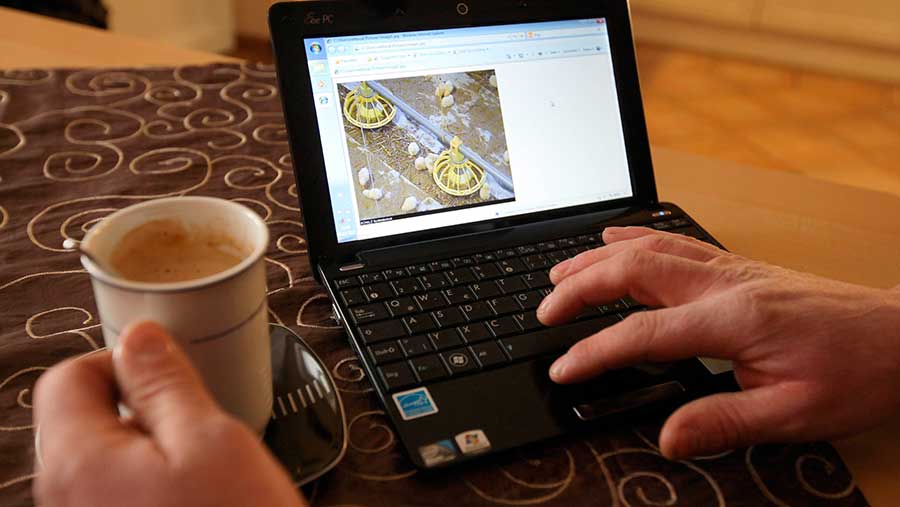 Farm leaders fear the government’s announcement on broadband investment will not go far enough to address problems of the “forgotten 5%” who are faced with a broadband shutout.

In his Autumn Statement on Wednesday (23 November), chancellor Philip Hammond will announce a £1bn investment fund for fast broadband and mobile phone connectivity.

The pledge means at least two million more homes and businesses will get access to “gold standard” full-fibre broadband services, which offers download speeds of 1Gbps.

The government has committed to rolling out fast broadband (2Mbps+) to 95% of all premises by December 2017. But this target leaves a “forgotten” 5% – of which many are farms and rural businesses – with inadequate or no broadband services.

Suzanne Clear, the NFU’s senior adviser for planning and rural affairs, said: “We will be looking to see how far the broadband commitments made in the Autumn Statement tomorrow will deliver superfast broadband to the last 5% of premises, many of whom are farms at the edge of urban areas as well as in open countryside.

“In particular we are interested to see how rural areas can access the fastest possible speeds, through a service that is also reliable and affordable, so that farm businesses can thrive.

“We know NFU members want this level of service as soon as possible. We are also looking out for any positive news of how mobile phone coverage will be improved across the farm.”

NFU South West chairman James Small, who farms at Warren Farm on top of the Mendip Hills in Somerset, said his broadband service was still inadequate.

“It allows me to send and receive emails, but I struggle to download photos. Video and iPlayer streaming is tough,” he added.

“We need to see an improvement in basic broadband services. For many farmers, actually getting connected to a mobile phone would be a bonus.”

The Country Land and Business Association (CLA) has campaigned for better rural broadband services for over a decade.

Its senior business adviser Charles Trotman said: “Today’s urban-focused announcement offers little comfort for those living and working in the ‘final 5%’ of premises – rural communities and businesses – who are still lacking any connectivity.

“Rural areas want to see policies from government that will not only tackle the shocking rural-urban digital divide as swiftly as possible, but which will also encourage greater long-term private investment in rural connectivity for the future.”

News of the announcement comes as a survey found just 13% of respondents feel the government has done enough to get rural areas connected to faster broadband.

Chancellor talking about big investment in 'all fibre' #broadband & 5g mobile. Hope he's not forgetting those with 'no fibre' & no 3G

The OnePoll survey, commissioned by broadband comparison site Broadband Genie, found one-third (34%) of rural users feel their broadband was inadequate for the activities they wanted to do online.

Furthermore, users in rural areas were almost twice as likely to be unsatisfied with their broadband speed.

Responding to the survey, Sarah Lee, head of policy at the Countryside Alliance, said investing in rural broadband should be central to the government’s vision for rural Britain.

She added: “It is vital that going forward the government has in place a coherent strategy for delivering connectivity to the final 5%. Achieving full connectivity will finally allow rural communities to achieve their full economic potential.”