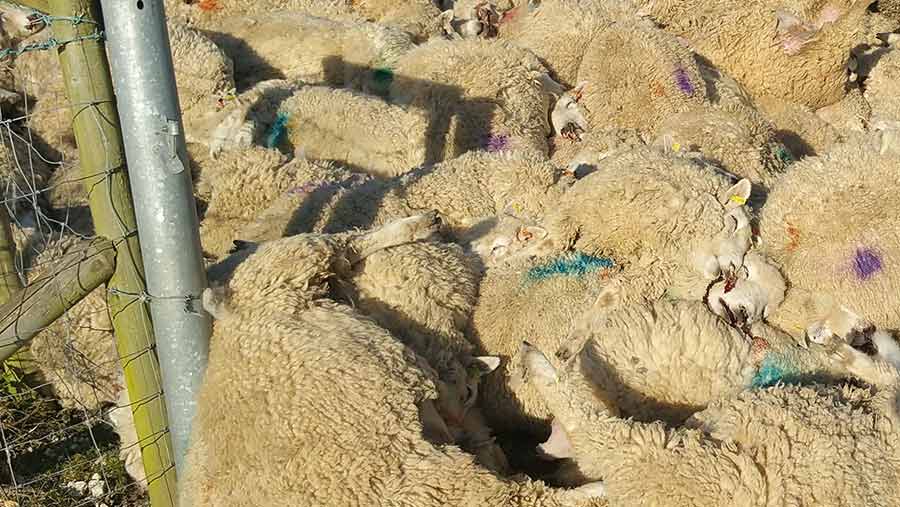 An online campaign to raise money for a farmer who suffered the “worst case of sheep worrying in living memory” has raised more than £2,200.

In total, 116 sheep were killed at the West Dean Estate near Chichester on Monday 7 March.

Devastated farmer Gordon Wyeth found the sheep crushed against a farm fence after they had been herded into a tight group.

Although there were no signs of any of the stock being savaged, Sussex Police are “100%” convinced that the deaths were brought about by dogs.

Officers investigating the incident believe the sheep came under attack by a loose dog or dogs, panicked and died from shock or being crushed in the flock.

Mr Wyeth said he had cared for the sheep for many years and they were used as breeding stock.

Mr Wyeth believes his insurance company may not cover him for the losses.

However, a crowdfunding page, set up by Phillip Lucas on Just Giving, had received £2,283 in donations by 10am on Monday (14 March).

Mr Lucas said: “On 7 February 2016, farmer Gordon Wyeth at the West Dean Estate near Chichester went to check his sheep and found 116 of them dead or seriously injured.

“On top of his loss is the added cost of disposing of them as they cannot be used for food.

“The total cost of the mauled sheep is expected to be £17,000. On top of this the farmer has lost the sheep he has looked after for many years and used as breeding stock.

“Whilst they are sheep, farmers still get attached to their animals and is just as much a shock when you lose them. Whilst I know we can replace them, this money will help towards it.”

Meanwhile, Sussex Police is urging anyone with information about the incident to email 101@sussex.pnn.police.uk or call 101 quoting serial 862 of 07/03.