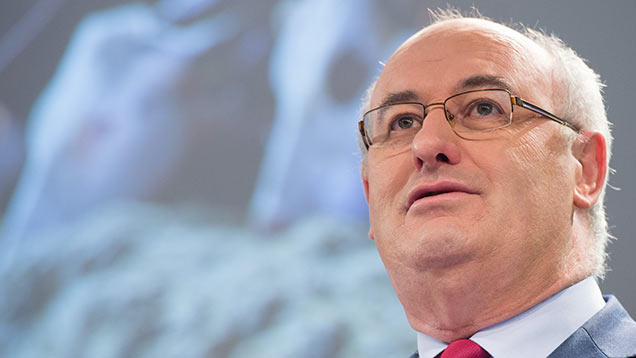 EU farm commissioner Phil Hogan has promised to come up with a revised package of greening measures, but warned they will not be introduced until 2017.

UK farm leaders and politicians have repeatedly called for greening rules to be revisited, claiming the three-crop rule, in particular, is unnecessary and encourages inefficiency.

Speaking after an EU agriculture and fisheries council meeting on CAP simplification, Mr Hogan said proposed changes to the greening rules would be published before  summer 2016.

He gave no detail of what changes might be introduced and said any revised package would become applicable in the 2017 claim year.

Mr Hogan said simplification of the CAP was a key priority and there were a series of actions in the pipeline.

These include reducing the penalties farmers face if they are found to have made an administrative error on their claim and introducing preventive preliminary checks as part of the aid application process.

NFU Scotland chief executive Scott Walker said there was a welcome acknowledgement from Mr Hogan that his simplification agenda must benefit farmers and not just the bureaucrats.

“While progress is being made, our arable growers will be deeply disappointed with the timescale for changes to greening measures within the new CAP with no proposals coming forward until next year and no changes until 2017.

“That will simply compound the frustration that growers already have with regards to greening due to the unnecessary gold-plating built into the rules by the Scottish government.

“On the up side, we strongly support the proposal to change the administrative penalty system for direct support, particularly with a view to the application of appropriate penalty levels that reflect the seriousness or otherwise of the breach of the scheme rules.

“A fairer and more proportionate penalty system has been a long-running priority for NFU Scotland and we would be keen for Commissioner Hogan to expand on what this might entail.”

During the meeting, Scotland’s environment minister Aileen McLeod accused Brussels of tying up Scottish government staff on CAP audits at a time when they should be concentrating on processing support payments to farmers.

Dr McLeod said the rigid regulations of CAP reform did Scottish farming “no favours at all” – especially in the first year of implementation where timescales were tight.

“Indeed, producers and administrations right across Europe are currently caught in the worst of both worlds – tied up in red tape and unable to truly tailor the CAP to ensure it meets local needs,” she said.

“The EU could and should have done more to ease the administrative burden this year. For example, Scotland has had four separate CAP audits from EU institutions since September – tying up experienced Scottish government staff at a crucial time for processing payments to farmers.”