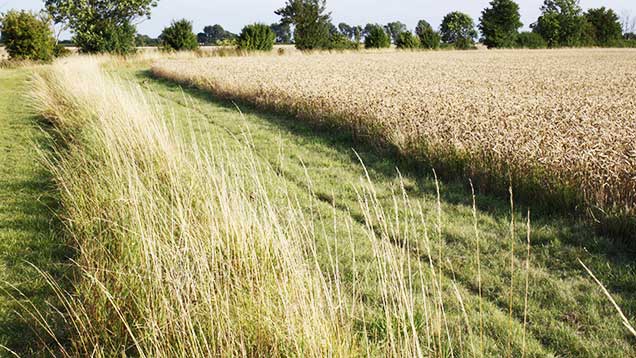 On a visit to a farm in Solihull on Tuesday (23 February), in the Midlands, the minister told Mr Hogan that Britain’s farming industry was already subject to excessive EU rules.

She urged the commissioner to do everything in his power to make rules as “simple and as flexible” as possible under the new Basic Payment Scheme (BPS), especially greening rules which require larger farms to grow three crops.

Ms Truss said: “Farming is a powerhouse of our economy and I want to do everything I can to help this industry to grow as part of the government’s long-term economic plan.

“This includes making the EU rules farmers need to follow as simple as possible, and reducing unnecessary burdens.

“There are practical and immediate things that could be done to make the EU rules simpler and more flexible which I have raised with commissioner Hogan, which would make it easier for farmers to get on with what they do best – growing quality English food.”

Ms Truss raised a number of practical and immediate improvements that could be made to the greening rules, including:

· A relaxation of mapping rules which require farmers to map in detail every hedge in the country, not just those which are on arable land or which are claimed against the EFA requirement.

These suggestions will form part of a response from the UK to Mr Hogan following an invitation he made in January for all member states to submit ideas on how to simplify the CAP.

Under the new CAP “greening” rules, the Kirkhams will have to change their business due to new measures that require those with more than 30ha of arable land to grow at least three different crops each year

The Kirkhams will have a number of contract farming arrangements and each has to have its own three-crop rule and greening element. They will be required to grow an extra crop, such as lucerne, which will add to their planting, harvest and storage costs.

Mr Kirkham said: “The lucerne is for our greening measure and we will have to roll it out over a number of sites, which will present us with a variety of challenges.

“I was pleased to meet with the minister and hear her thoughts on simplification of the BPS and reducing the complexity of it.

“Her thoughts on trying to ease the burden of some of the rules and regulations coming out of the EU were also interesting to hear and very welcome.”